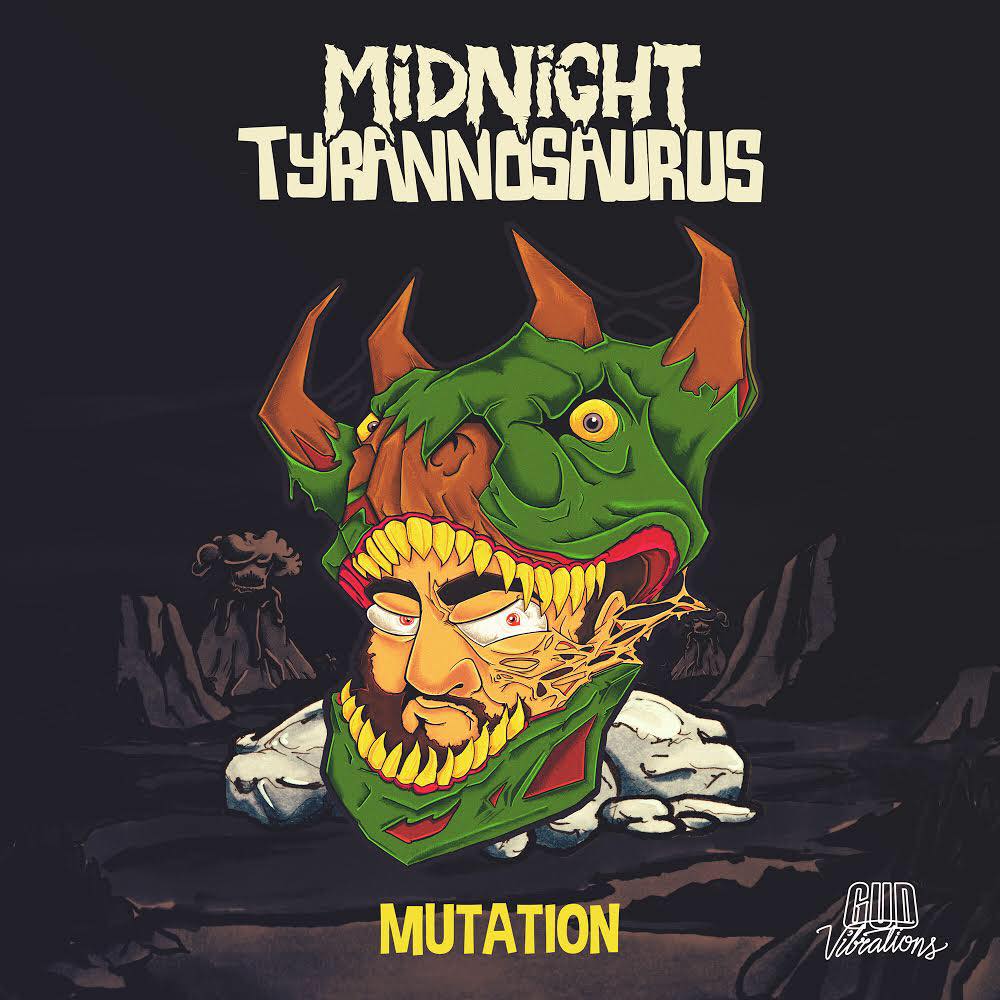 On May 3rd one of Denver’s top dubstep producers is set to release a new three track EP. The first track off the EP “Mutation” was Midnight Tyrannosaurus‘s first release of 2019. His previous work before that was the last tracks put out in 2018 being “Shrapnel” and “Blitzball”, which were released on Never Say Die Records. Normally Midnight T would release his heavyweight sound on labels such as Never Say Die, while this time has decided to partner with Gud Vibrations, founded by NGHTMRE & SLANDER.  Of course this EP still holds the classic crunchy Midnight T dubstep bass and sound fans have come to love from him. Definitely the darkest vibes from the EP come from the first track with a high-tech and suspenseful build-up mixed with some cryptic samples; “Mutation” is sure to be a quick fan favorite, as it is already one of ours. His second tune “Banana Planet” even from the title sounds a little bit wonky. Midnight T does an excellent job in capturing some of the sounds of the jungle and mashing it together with modern dubstep F#*%ery. “You’ll never escape Banana Planet!” Is he making some sort of Planet of the Apes parody with this sample? Either way we love it and can’t wait to see what visuals are to follow with this epic tune! Lastly, “Styx” is a song which most of his fans might not recognize as his own. Following a different style Midnight T has developed a more downtempo style song. Unusual and a little bit trippy, I can imagine this one being great in a late night set or being used as a breather in midst of a disgusting set; the calm before the storm! The song is just under two minutes long making it the shortest tune in the EP but it will take you on a journey like no other! If you love Midnight T and his unique sound, follow the links below to show support and to keep up to date on news such as his current nationwide “Mutation Tour!

Quote from SLANDER: “We are very excited to welcome Midnight Tyrannosaurus to the Gud Vibrations family! He is an incredibly talented producer that is truly pushing the boundaries of bass music. The one thing we love the most about Midnight T is that his songs are instantly recognizable and very unique. We can’t wait for the world to hear his new EP! We hope it really challenges listeners to open their minds to something new! Get ready!” 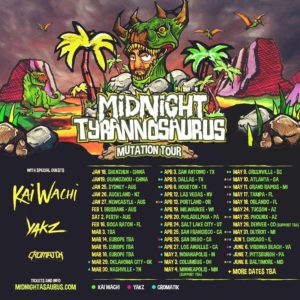