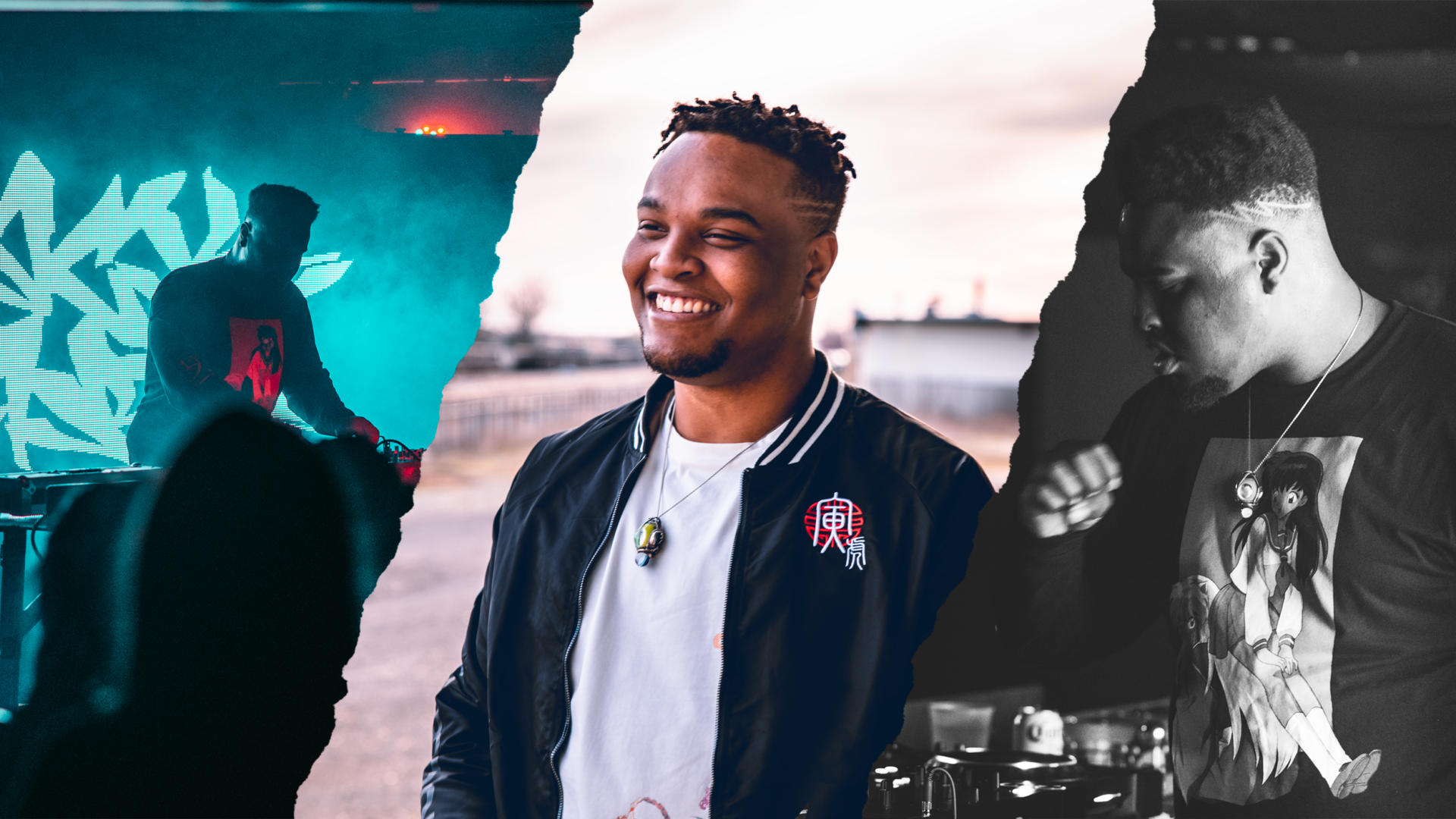 The field of electronic music is huge – there is no getting around that fact. There are more and more tracks being produced and uploaded everyday for listeners to enjoy. It can be an easy thing to lose track of all these upcoming producers at times, and somewhat overwhelming to keep up with them.

But, you know when you let your Soundcloud or Spotify feed play song after song and every once and a while there is that song or that one sounds that grabs your attention. The one that makes you switch over the tab or pull your phone out quickly to see who it is. This keeps happening and the name that keeps popping up is, Black Carl! 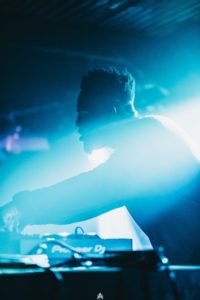 We direct our attention to Alabama.

Carl Bell – he is loved in the local Birmingham scene. Anytime I have mentioned the guy’s name in the city it is met with praise and a bonafide remark of kindness. He’s a genuine guy and what you see is what you get. In addition to his likable attitude, his work is praised as well. Videos surfacing over the past few months of his tracks being played from other artists from all over – Tipper & Friends events to more recently at Bonnaroo. A unique mix between Neurobass music and Dirty South hip hop sets him apart and moves crowds wherever he goes. Best of all, he is gaining momentum.

We caught up with Carl at a local show, snapped some photos, and chatted with him about the last few months and what he has coming up for the latter half of 2019.

You have been making a lot of big moves recently – opening slots with the Slug Wife crew, a small tour run last month with Zebbler Encanti Experience, and new releases coming out – how has it been taking in all of the support and growth as an artist?

Honestly, I really don’t know how to take it. When people tell me they like my music I’m surprised still.

So, if you had to describe your sound – how would you go about it? And who are some influences that inspire the sound?

I find it difficult to describe, honestly. But I’m very inspired by Jade Cicada, all of Slug Wife, Skope, Chee, Tipper, and many others. 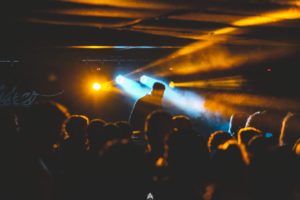 We can all tell you have been hitting the studio hard! With your new track “Finally Gone” we see a different style from most of your other tracks. Is the experimentation in this more downtempo style something that your fans can expect to see more of in the future?

Yes, definitely expect more of the softer stuff. I definitely like mixing the two a lot!

Does your process of approaching track such as “Finally Gone” differ from more of your uptempo creations?

Yeah, that song is focused more on percussion and melody.
Your tour run in May with Zebbler Encanti Experience – the experience as a whole – how’d you enjoy that?

That was a wild road trip honestly. I’ve never played four shows in four nights in four different cities. The only thing that was annoying is how I could not really chill on certain stops, specifically St. Louis. But hey, we gotta get to the next stop.

It is no secret that you and VCTRE are each other’s biggest fans. The both of you announced a side project, Integrate. Having heard unreleased tracks from the both of you, what can you tell us about the project and the direction you see it going towards?

Yeah, that’s the bro for sure! So the “Integrate” project is just us doing whatever we feel in the studio. We don’t really have a direction for it, that’s the great thing about it. When we started it, we said “No Expectations”. What we meant by that was don’t expect a certain sound from the project that you hear in our main projects. Like I said, we are doing whatever we feel in the studio, whether it is dubstep, drum n’ bass, neruo hop, funk, or whatever you want to call it. Just two bros making music. 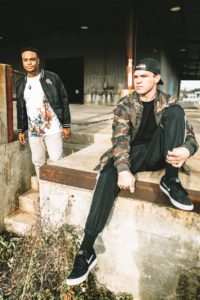 Black Carl and VCTRE as Integrate

Collaboration with other artists sometimes seems to take songs in directions that the listener may not have seen coming from a certain producer – a refreshing twist on a producer’s style. Do you find when working with VCTRE or other artists that you are influenced by their style and feed off their style of producing?

Oh 110%, ideas start bouncing off of each other and we just keep creating until we are like, “It’s done”.

Touching on that same subject of collaboration, do you find that the workflow is an expedited process?

Sometimes, it’s different every time. In my opinion, it is about that chemistry between the collaborators. Good chemistry equals a seamless workflow. 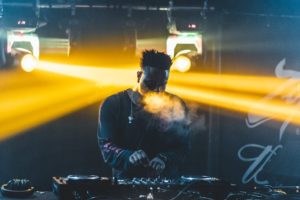 A bit or an impromptu weekend for you in Denver recently during Bassnectar’s Freestlye Sessions. A show at the Black Box with Kursa and Pushloop, followed by some late night action with Keota and Frequent. All in lieu of a cancelled second night for Bassnectar. Tell us more about how that all went down.

So I didn’t even plan to go to Freestyle until like two weeks prior. I was guest listed for Friday and my Ambassador friend gave me a ticket for Saturday. So I figured all I had to do was buy a flight and a Sunday ticket! So it was very last minute decision to shoot it to Denver.

So it is Saturday and we are all excited about Night Two. I’m at the Black Box for the pre-party and my new friend, Nasty Nasty, got me an all-access pass so I could go everywhere and stuff. So the show goes on, I step outside for some air and was talking to a guy that manages an artist involved with the Freestyle event and he got a phone call saying that it was cancelled. This was 5 or 10 min before the Bassnectar team made it public. So I go into the Black Box office where Nicole (the owner) was to tell her the news – little did I know J:Kenzo, Pushloop, Kursa, & Lone Drum were just chilling in the office. So when I told the news I had all those names I just said and Nicole looking at me like I’m crazy! So I walk away from the office, they all start looking into the info I just told them and found it to be true. Oska (Kursa) walks out and I said to him “Aye I got my flash drive ready to go, what’s good?” And next thing ya know I’m playing after Pushloop into Kursa b2b Lone Drum!

So I’m like freaking out trying to make sure all my friends get to come setting up “Will Buy” lists and such. All I can say is the pandemonium was REAL. All these pop up shows kept popping up and selling out instantly. Then before that set happened I get another phone call about another show with Keota, Frequent and DMVU. So two shows in one night – never done something like that. I wanna give a HUGE shout out to NastyNasty because if he didn’t get me that all-access pass to The Black Box, my FIRST time playing there would have not happened that day. So THANK YOU SO MUCH JASPER! And another Big shout out to Nicole at The Black Box.

Any new releases or projects coming up in the future that you want to touch on? What can we expect from Black Carl for the remaining half of 2019?

Honestly, I thought I was shooting for an EP this year but there’s so much going on right now I’m gonna hold off for 2020 with my first EP. Until then expect more tracks for the remainder of the year. Oh yeah, and the Integrate EP “Definitive”.

One thought on “Gaining Momentum – A Chat with Alabama Music Producer, Black Carl!”