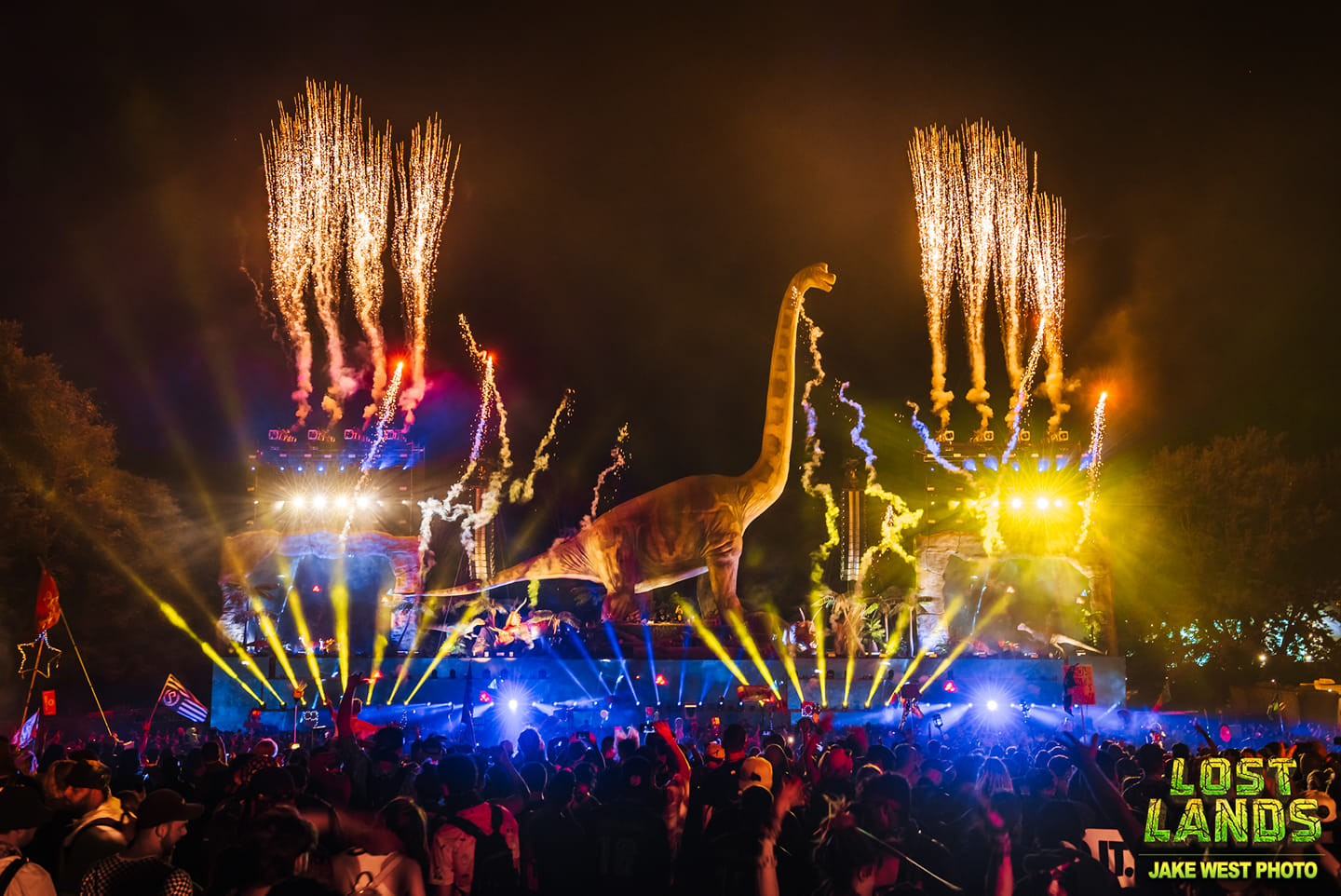 Back for their third go-around, Lost Lands Festival is coming back stronger than ever.  The prehistoric themed festival had major success in its first two years and plans to bring back the dinosaurs to Legend Valley, Ohio with some improvements and updates to the festival experience. Excision‘s bass fest is all about “…creating the best music festival experience for Headbangers worldwide, something we can all be proud to call our own as the Bass Music Community”.  He seems to be listening to the Community.  The new updates for 2019 were inspired by the fans through their comments and feedback on social media, direct messages, and surveys.  Lost Lands is trying to improve the experience from the past two years with new camping options, in-festival experiences, and a whole new workshop called the Producer’s Den.  Let’s jump into what’s new for Lost Lands in 2019. Check out the full lineup in the graphic below and don’t forget to get your tickets if you haven’t yet! Follow Lost Lands socials at the links at the bottom of the page! 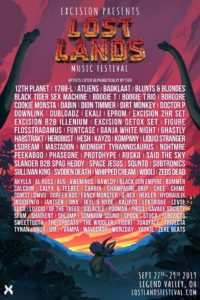 We all know camping at festivals can be cumbersome at times.  Waiting in line to get in, taking your gear to the campsite, and taking the time to set up camp is definitely not one of the most anticipated moments of a music festival.  Luckily, Lost Lands has made new updates for a better camping experience, plus there will now be Wednesday Early Arrival.  This will help spread the traffic flow over three days instead of two.  Unfortunately, no stages will be open, but this gives you time to get in, set up, and meet new neighbors and friends.  The “Dino Den” will also be expanded.  It will include three different types of camping, Tent-Only, Tent-Ready, and Quiet.  The “Dino Den” will allow people to camp closer to the festival.  Along with the “Dino Den” there will be new premium camping experiences.  In 2019, there will be two different “Jurassic Glamping” options.  Both options will include power throughout your tent, actual beds or cots, and a private dinosaur tour before the gates open.  With the Wednesday Early Arrival, and improvements to the “Dino Den” and “Jurassic Glamping” experiences, the overall camping experience should be much improved from the previous seasons.

Even though Lost Lands is held in September, it can still get quite hot down in Legend Valley.  Because of this, Lost Lands will implement improved water stations, have more shaded structures, and be moved two weeks later in September, from the 27-29.  Water stations will now have multiple layers of fail-safes in case excessively wet weather conditions lead to the water wells failing.  This will help create more water access throughout the weekend.  Remember, hydration is key!!  Another key festival upgrade, the Sound Camps will be relocated to inside the main venue.  When the main stages end each night, the Sound Camps will come alive.  Making it easier to get to the Sound Camps so you don’t have to walk around trying to find them. 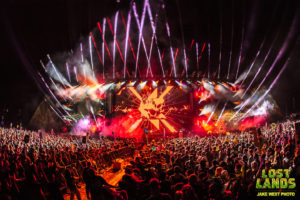 Lost Lands will also be presenting a whole new kind of workshop called the Producers’ Den.  Ever wonder how these bass music beasts make their beats?  Have you been trying to get that distinct sound but just can’t find it?  Go to the Producers’ Den to learn and improve your bass music skills.  Even though it costs $50, it is well worth the investment.  With instructors like Boogie T, Subtronics, Herobust, Sullivan King, 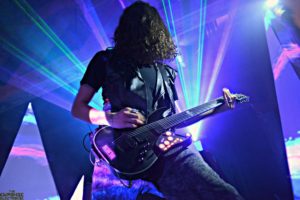 and many more, you are sure to learn your fare share of Bass Music Production.  The Producer’s Den will include five hours of workshops, lessons, and collaborations.  You can even enter the Lost Lands Producers’ Den Remix Competition.  Remixes are due by August 28.  The grand prize will be a performing slot at the Late Night Sound Camps.  As part of the Producers’ Den pack, you will receive a Cymatics and XLNT Official Lost Lands 2019 Sound Packs, and 200 Splice credits with access to the entire Splice sound library.  There will also be daily raffles for a $2,000 grant to Icon Collective, Xfer Records Serum, and a private mentor session with Protohype.  This new addition to Lost Lands is sure to spark the interest of many.

Excision’s bass fest is looking to be the best so far.  From taking feedback from the fans, Lost Lands has been able to improve many aspects of their festival. Lost Lands 2019 has many things to offer, old and new.  You do not want to miss out on this third installment of Lost Lands!