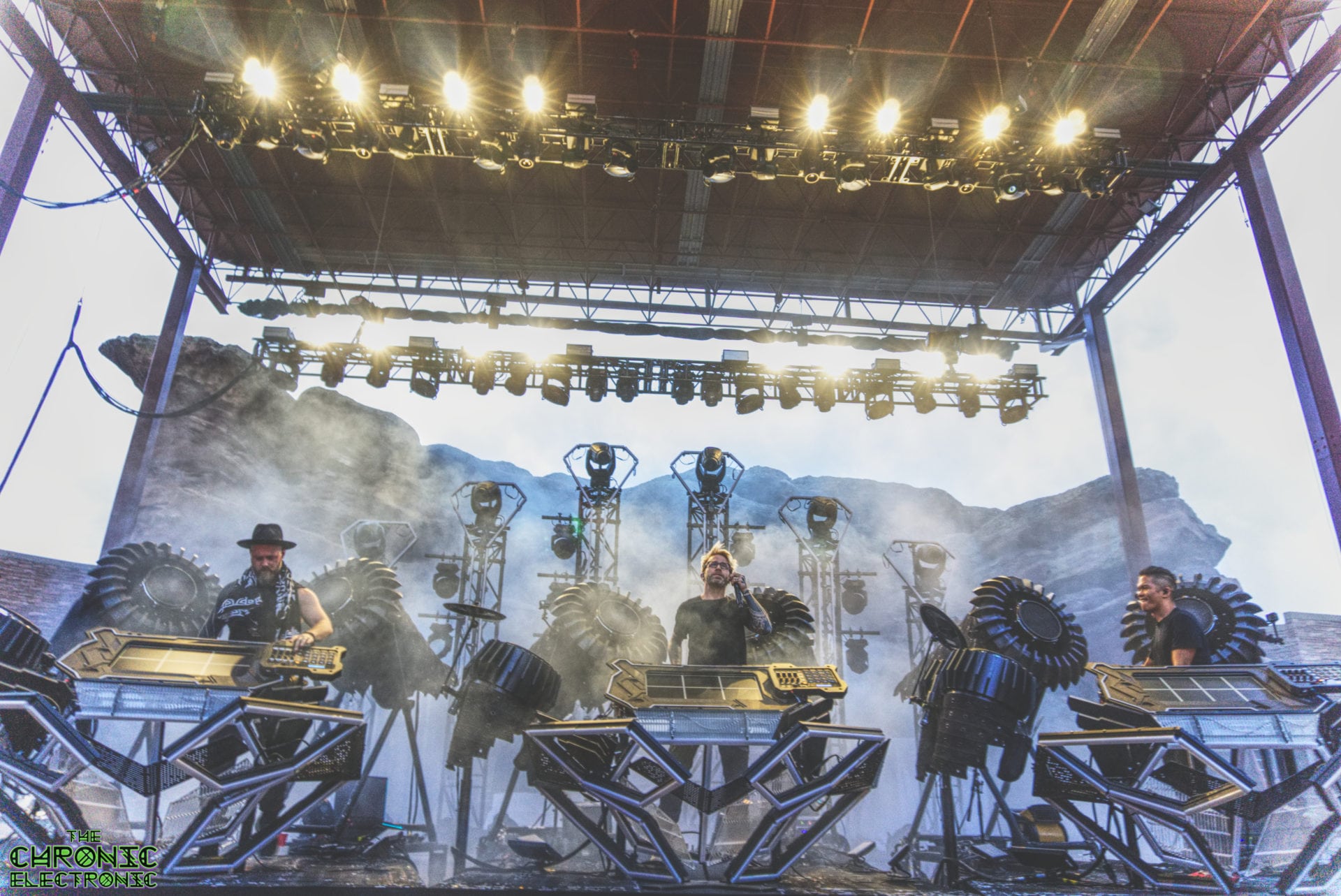 Funk on the Rocks just celebrated their 5th annual event at the renowned Red Rocks Music Amphitheater. Bringing in names that catered to funk lovers of all kinds, with artists such as; Kittens, Elohim, The Glitch Mob, and Chromeo. All of which produce music live for an experience unlike any other. The Glitch Mob is a trio who has a one of a kind instrument that is incorporated into their live production. 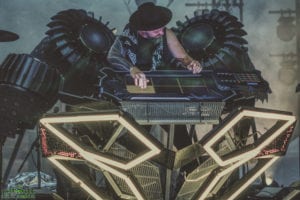 Programmed by Native Instruments, a renowned company for high tech instruments, the visual aspects are combined with theatrical live music production, that together stirs up the right emotions for a funkadelic get down. The Glitch Mob, as many know, are renowned for their take on Glitch Hop and their infamous songs that boosted the scene’s popularity here in the states several years ago. They came together around 2006 and since then have been dropping banging remixes, singles, and EP’s/Albums that have defined their unique ‘bass-beat’ sound. Recently, they released a new album called, “See Without Eyes” and this album takes their sound to a whole new level. Their glitch sound has escalated into a variety of production such as house melodies or future bass harmonies. Still holding onto the raunchy glitch sounds that they are renowned for, The Glitch Mob has increased their versatility in production. This was clearly seen in their recent live performance at Red Rocks. They still threw down their classics such as; Mind of a Beast, We Can Make The World Stop, Remix of The White Stripes Seven Nation Army, and Fortune Days, which can be seen below! That didn’t stop them from playing new songs and even bringing out the talented 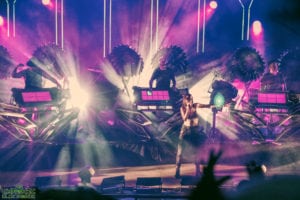 Elohim for a song that they collaborated on; “I Could Be Anything.” In such a renowned venue, all eyes were on The Glitch Mob for an exquisite performance and they most definitely accomplished that and then some. Minimal stage design was all that was needed for the energetic live performance; with them bashing on the drums and performing on a touch screen that was aimed to where the crowd could see everything and being perfectly in sync with the other members, it all led up to an experience like no other which complimented Funk on the Rocks in the most proper way. Times are changing and so is music, so the realm of genres are expanding into others and slowly but surely, genres are combining and collaborating for sounds like any other, and that is what happened on 6/28. You can view our full photo gallery here! 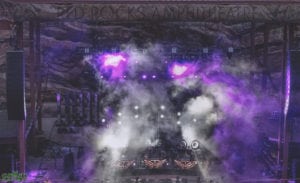 Funk on the Rocks Photo Gallery