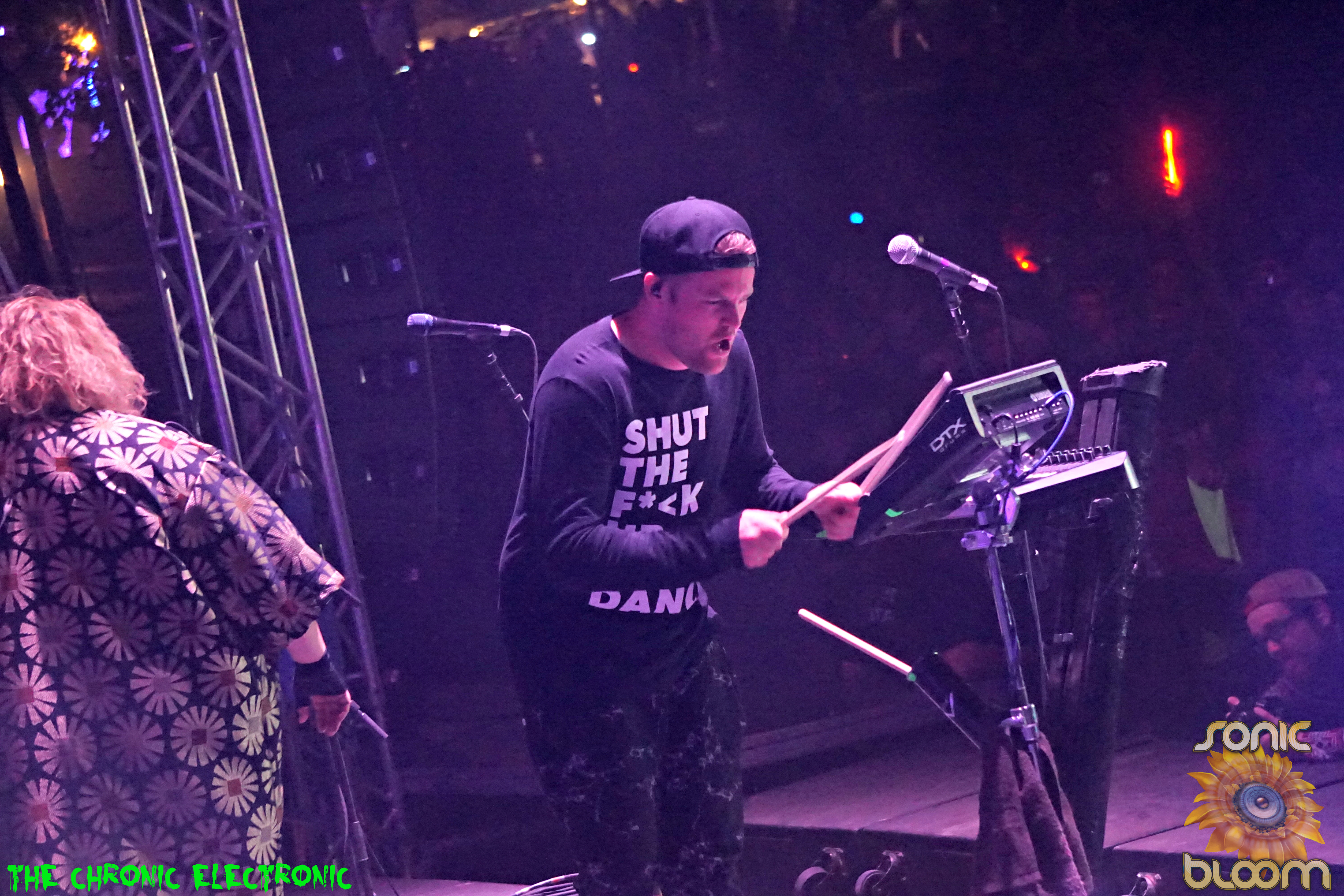 The 11th annual Gem and Jam Festival is on its way! With the event being within a week, the anticipation for the festival is rising fast. Being at a new location they have booked one of the best and diverse lineups to date. With Gem and Jam converting to having two main stages with no overlapping music, there is better opportunity to see more amazing music than before. They have released the music schedule and just recently put out the lineup for the live painters. Check out the images below and view our list of ’11 Artists That Will Rock The Grounds of the 11th annual Gem and Jam!’

Funky Brooklyn Based Producer and DJ, Gramatik is coming in with heat to Gem and Jam Festival. With him being a headliner, having never played at this festival before, this funky-bass performance is long over due. Time to kick up some dirt to Gramatik when he is ‘Just Jammin’ and ‘Tearing It Up’ in the desert! A definite set that will rock the grounds and set history for both Gem and Jam Festival and Pima County Fair Grounds!

Bassist and Vocalist and founding member of Phish, Mike Gordon is coming to Gem and Jam for a truly jamming performance. He isn’t just limited to playing the bass but he has also mastered the piano, guitar, and is a very accomplished banjo player. Mike Gordon has some special things planned for his performance and is a must see set in the desert!

This incredible progressive-jam-tronica trio band is coming to the desert for a one of a kind set. They keep their jam going at a fast pace the whole set with electronic riff’s and samples throughout, definitely a set that defines what Gem and Jam thrives for, being a perfect melody of live music and electronic music.

A visual artist with some of the most innovative and creative ideas in the scene. He has mastered both paint brush and spray paint. With his immense talent in spray paint and creating abstract art that is bold, bright, and beautiful, he has been placed on either mainstage or on the side of the stage doing a massive piece. It will be interesting to see what he has in store considering this is not his first performance at Gem and Jam.

This spectacular jam band coming from Portland, Maine has grazed the boundaries of funk, jazz, and electronic. They have been on the rise in popularity and with having two performances at Gem and Jam, you know that they have some magical music in store to play.

The Trancident is a special occasion in jam-tronica music. It is consisted of 4 memebers of The String Cheese Incident, Two of which are members that make up Eoto, (Who is headlining the Pre-party on Thursday.) This is  going to be a magnificent mix of jam, bluegrass, jazz, and electronic music, of course all improvised.

Don’t miss out on a performance that is going to rock the desert!

(The Trancident is a Special occasion and does not happen often. Check out Eoto’s facebook and soundcloud for a better understanding of The Trancident)

Australian Electronic producer and DJ, Opiuo has created a distinct sound for himself. Using the drum-pad machine and unique samples for snares and hi-hats, Opiuo has produced amazing music that is known across the world. He plays a wide range of electronic music and tends to keep to the funky music and fresh. A definite set you have to get down too.

The funky duo, The Floozies are coming from ‘All Good Records’ to the desert for one hell of a performance that is combined with electronic bass music and instrumental funk music. They have found their unique sound and played out live music to some of the most exotic electronic beats. This is going to be set that is a truly epic funky party and a must see!

West coast bass music idol, G Jones is going to make his name known for Gem and Jam and Pima County Fairgrounds by bringing fat bass and dank music. He is going to be breaking barriers and will play a unique set compared to the rest of the line up. G Jones has a distinct style of music production style that has made his music infamous across the bass scene. If you want to hear some heavy music, this will be the set to you need to catch!

Abstract live painter, Chris Bohlin, has been creating some of the most bold and different art. He has a style completely his own and uses shapes in unique placement. His live art is always magnificent to see and will be great to see him in the desert.

Last but not least, An-ten-ae and Releece make up this up and coming bass heavy duo, Dimond Saints. They have mirrored masks and deep detail in their music production. From trap music to melodic and down tempo electronic music, Dimond Saints have a perfect vibe for Gem and Jam. With them playing the after hours stage on the Onyx stage on Saturday night (After Gramatik and G Jones on the main stages,) this will be a set that you have to stay up for and get your party on to!