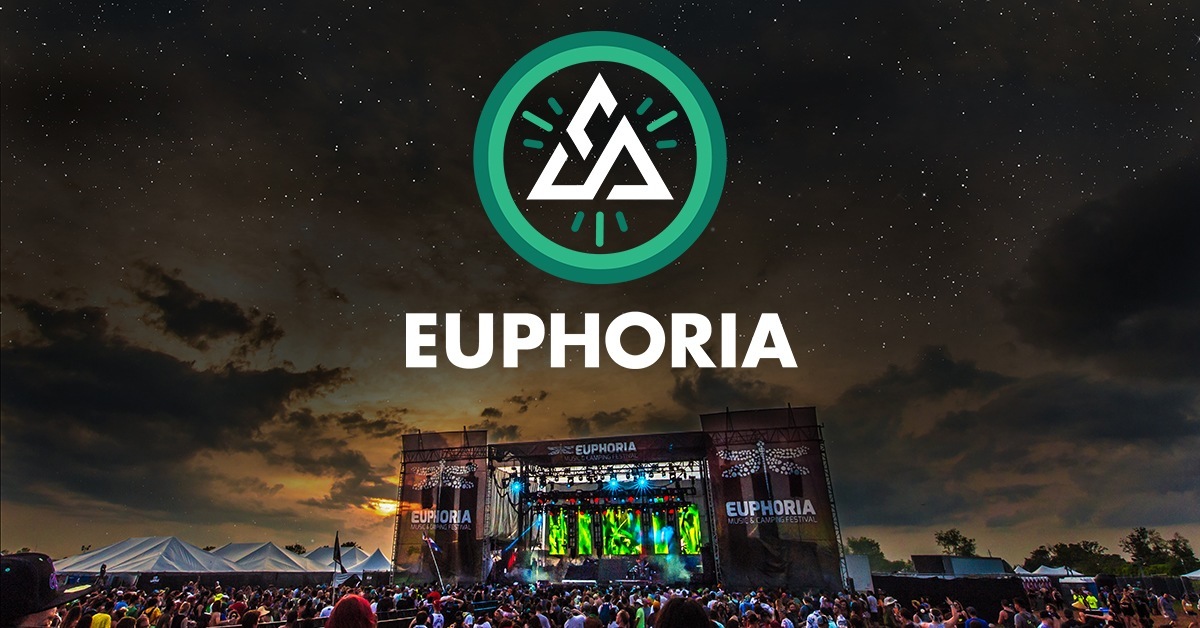 Euphoria Music Festival is quickly approaching with their 5th anniversary on the horizon. Based out of the live music capitol of the United States; Austin, TX, they are looking at making this year their biggest year yet! They are achieving this by booking some of the biggest names that Euphoria has ever seen, having popular artists returning for more fun and by extending it an extra day exclusively for the campers. In addition for the campers there will be a silent disco for late night hours! Some of the artists that haven’t performed at Euphoria are: Bassnectar, Above and Beyond, Dillon Francis, Griz and Tycho. Meanwhile STS9, G Jones and The Polish Ambassador are some of the amazing artists that are returning to perform. Euphoria is set on making this festival truly different than the previous years! Tickets are still available for the festival but GA-camping passes are sold out! If you want to attend, grab tickets ASAP because Euphoria will sell out! (Link for tickets at bottom of the page.) I had the opportunity to email a list of questions to the founder of Euphoria, Mitch Morales. Read what he had to say to some of my questions for an In-depth look at Euphoria Music Festival.

Q. What has been one of the most influential moments in your life that helped motivate you to create Euphoria? I think it probably was all the travel I did leading up to creating Euphoria. It really helped me appreciate the sense of community that could be nurtured between so-called strangers and then take that appreciation and bring it to Austin.

Q. How do you get Euphoria to stay unique and be different than the other EDM / Jamtronica Music and Camping Festivals?  Again, I think it is our focus on community. Anyone can create a great lineup (although ours is pretty amazing), but it is how you cohesively bring that together for a festival that matters. We are able to bring these diverse genres together, which in turn brings a mix of fans and make it work. Our fans are what makes Euphoria unique. You don’t see people fighting for a spot on the rail or snapping shots of people because they had a little too much. They support each other and come together as a family. I love seeing that.

Q. What performances at previous Euphoria’s have been the most breath taking?

Zeds’s Dead from last year is probably my all-time favorite. They just had the crowd and made Euphoria theirs.

Q. You mentioned The Polish Ambassador during another interview as one of the best sets of 2013 at Euphoria. How excited are you to have him as a headliner, exclusively for the campers on the 5th anniversary new moon pre party?! Why? Always have been a big fan and it is great to see how he just keeps growing. The New Moon Pre-Party that he will be headlining is going to be our first time letting fans in to Euphoria early. And it is just for those people who are camping, so it is going to be somewhat intimate, compared to the next few days. I’m excited. It should be a great time on many fronts.

Q. Last year was three days, this year is four days with the Thursday 5th Anniversary New Moon Pre Party exclusive for the campers. How do you think extending it an extra day will affect the festival? I was a logical move for us, as we continue to grow. And it positively impacts more than just those who are camping. We are able to get a bunch of people in and settled, so those coming on Friday will have less of a wait to get into the gates to enjoy all that we have to offer this year. Plus it allows us to interact with our fans for a bit longer, which is a big part of why we do this.

Q. Each year is growing in size and artists booked. Will you keep on growing in size to the point for a new location or will you keep it to a certain capacity so you can keep Euphoria at Carson Creek Ranch? I’d like to think that we will be at Carson Creek for the long haul. There are options with that space that will allow us to continue to grow for sometime. And it is such a picturesque spot for a festival- I’m not sure I have found many that can rival it.

Q. 2 part question: Are you having the same 5 stages as last year? (Two stages exclusive for campers.) The Silent Disco will be exclusive for our campers. the rest is for everybody.
And Last year, what was your favorite stage to go see an artist at?

Well, seeing as Ghostland was one of my top of last year, I have to go with the Tent Stage. I love the intimacy of the DragonFly Stage, too. It was great to see Thievery on the main stage and then have Rob Garza do a set on the river.

Q. Last years big headliner was Pretty Lights, this years is Bassnectar. Both are similar in ways that they have a dedicated fan base. How do you think Bassnectar will affect Euphoria’s vibe, like Pretty Lights did last year? I think Bassnectar may very well be the most high energy artist we’ve had in our 5 years. I am not sure if you have seen him at a festival before, but he will make the ground shake.

Q. Typically, camping festivals are out in the woods or on a mountain, away from the city but Euphoria has the best of both, being surrounded by beautiful nature and a river as well as being within minutes of the city. How do you think this affects the festival? It allows us to bring Austin into the festival, while still feeling like a festival. Austin is the live music capital of the world, so it was important for us to include that in anything we do… but also give people the vibe that they were getting away from it all if only for a few days.

Q. What makes you the most happy when you are attending your own creation, Euphoria Music Festival? Ha. Hard to say, since it takes so much to put Euphoria on. Probably standing on the main stage during one of the last acts of the festival and seeing all the happy faces looking back. It is really great to see how happy Euphoria makes them each year.

Check out their day by day lineup for this year below and grab tickets on the link listed!
TICKETS FOR EUPHORIA HERE!