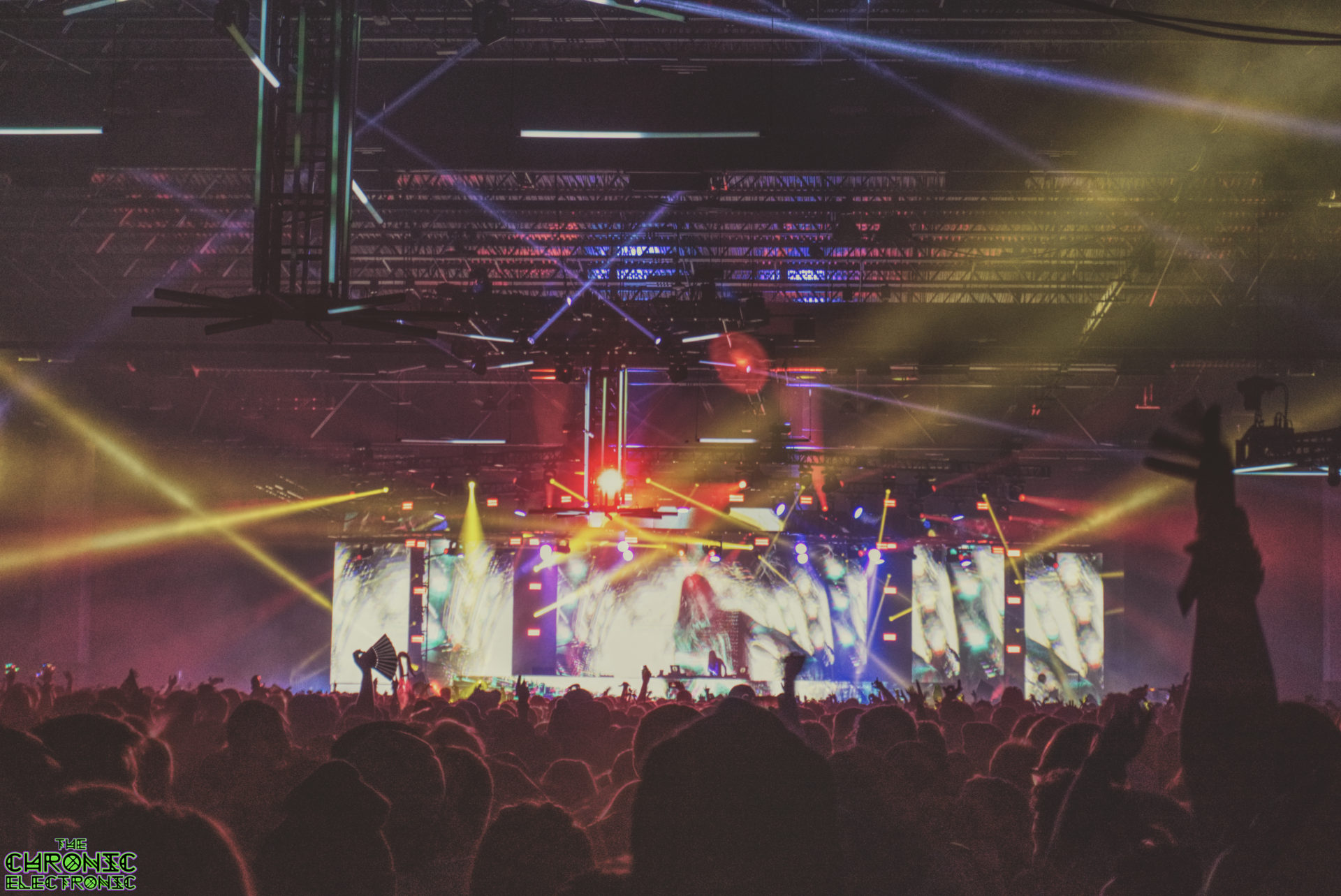 Decadence is coming in hot with the first day of their 9th annual event tomorrow, Monday December 30th, the last Monday of this Decade. Global Dance has put tons of work into making this their best year yet by bringing in countless epic artists, you have to arrive when doors open. Honestly, the whole lineup is insanely fire and the local support at the silent disco is just bonkers, so choose your artists wisely with the time schedule that Decadence released a couple of days ago. We put together a 6 Must See Artists of Decadence this year, 3 from each day. If you are going to Decadence both days we highly recommend you check out the artists we highlighted in this article. 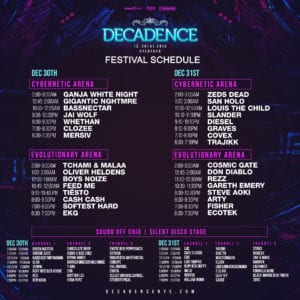 Starting with up & coming bass music prodigy, Mersiv. Over the past year he has had massive releases on Deadbeats, Wakaan, and MorFlo Records that have been flexing speakers all across the world. On top of that he has performed at Red Rocks, Shambhala, and countless other epic festivals. We are beyond stoked to see him coming back to Colorado to perform on the big stage of Decadence and even though he is kicking it off at 6:30 at the Cybernetic Arena, we encourage all to show up early and get the party started early with this sure to be legendary performance.

Day Two holds more of an euphoric vibe throughout both of the stages and on the Evolutionary Arena the groovy vibes are at a high. One of the must see acts on this stage is a legend in trance himself, Gareth Emery. He has been in the scene since 2002 and has put out tearful classics that have reached all around the world and has been remixed from every style of EDM. Gareth Emery is known for his fantastic work with vocals and melodies and bringing that kind of vibe to be some of the last music we hear this Decade will be an absolute phenomenal moment to experience. He is on from 10:30-11:30 and leads into Rezz.

Decadence is known to bring in some sorts of legends of EDM to Celebrate the New Year and on the first day, they are bringing German techno super star, Boys Noize. He has been a major influence in the techno scene for years and with his unique sound, he had started a new project, Dog Blood, with dubstep icon Skrillex. We couldn’t be more excited to experience a Boys Noize set in the magnificent city of Decadence. With Global Dance’s epic immersive production and the mass amounts of people, we highly recommend you check out this performance at the Evolutionary Arena from 12:00-1:00.

The next artist on our must see list is an artist who has evolved the techno sound into a mid-tempo genre that has absolutely exploded in the music scenes across the world. Rezz of course. (Possibly influenced by the sounds of the Legend Boys Noize among many others.) She will be taking over the techno/house stage of Decadence on night two for the ever so epic timeslot of performing during the balldrop! From 11:30 to 12:30 on the Evolutionary stage, Rezz will have one hour of ‘A Certain Kind of Magic’ over the crowd of Decadence and with her dark styles of music and the massive arena decked in LEDs we can only expect this performance to be straight mind-melting.

This is quite possibly our most anticipated set of the first day, which is hard to say considering all the epic bass acts throughout the day, none other than the crazy duo of Ganja White Night and they will end out the first day from 2:00 to 3:00 at the Cybernetik arena. The Belgian duo has been over in the United States for a while performing epic live sets at venues and festivals of all sorts across the world. Not only do they have an unique sound that the create in the studio but live they change it up quite possibly some of the most out of any other heavy bass artist that I have seen. The live performance from Ganja White Night is truly spectacular and with them ending out the Biggest NYE Dance celebration in The United States and it being the bass capital, we can only expect a totally crazy performance unlike any other at Decadence.

The next artist is no newby to the City of Decadence, in fact this will be their 4th coming to the wonderful realm of Decadence, the boys behind Zeds Dead will be ending out the 2nd day from 2:00-3:00 and we seriously can not wait for what they have in store for the bass capital. They will be coming from Decadence Arizona from a performance earlier that night and will be more than likely experiencing the transition into the new Decade on a plane on route to Colorado. We can only hope that they can properly enjoy that flight and that when they arrive to the bass capital, we all must represent the culture and go as hard as we can for the last set of Decadence. This will be quite a fantastic way to enter into the new Decade and if that isnt enough, Zeds Dead is in the works of a new album and we will more than likely hear some songs of that at this Decadence. Get Ready Deadbeats fam, this one will be one for the books.