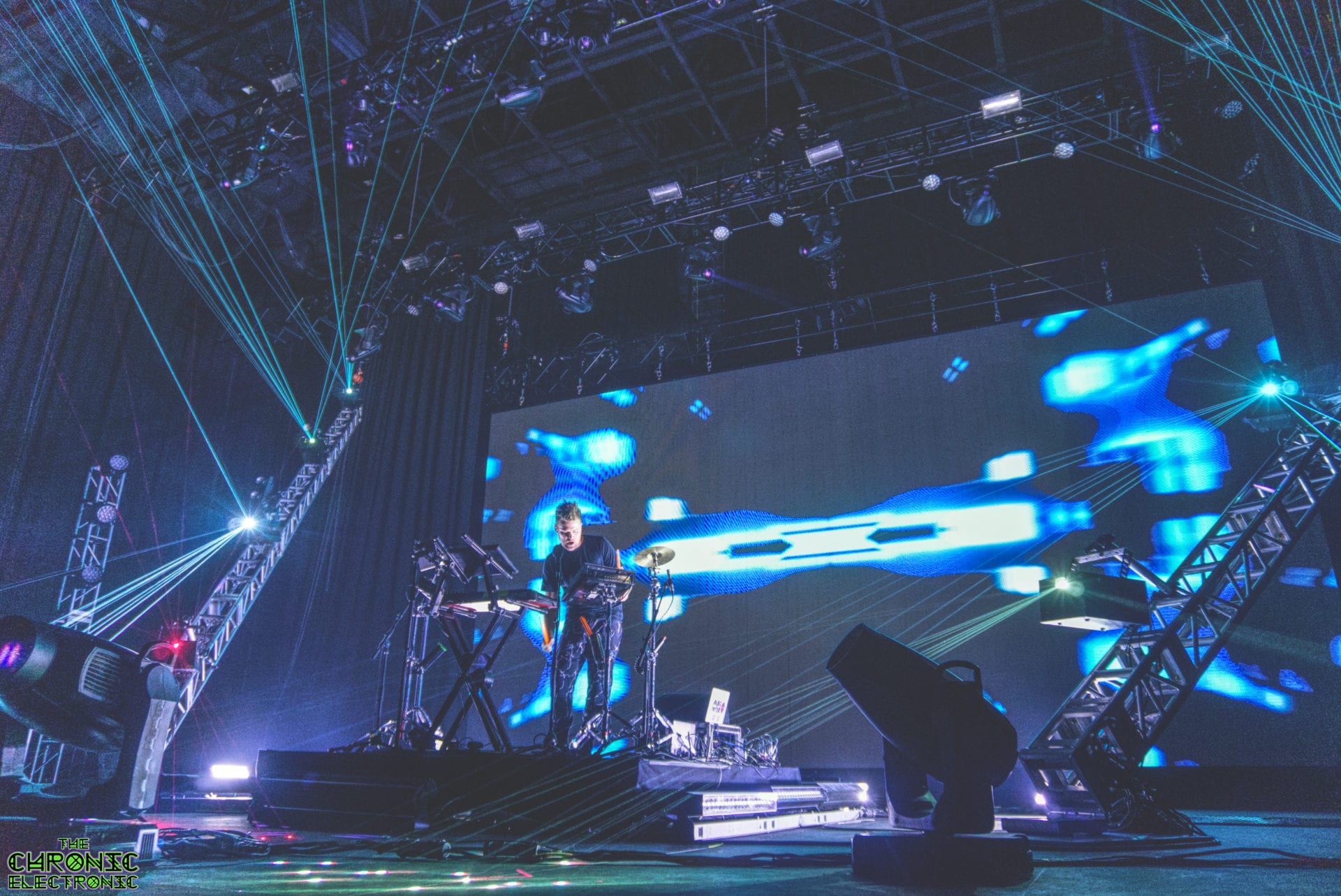 Denver is clearly one of the hottest spots to go to for live bass-heavy music. Having tons of musicians along with epic venues, the amount of shows and artists that come through is just legendary but with AEG Productions‘ newest venue, Mission Ballroom, they made Denver the ultimate city to catch music in. Yet another epic venue that brings in legendary acts with combinations of artists that true music lovers dreams of. Just earlier this month, one of the most anticipated shows at the new venue took place with an unworldly live EDM show with Haywyre, Koan Sound, and Opiuo! From start to finish each artist brought fresh live beats that moved the place! Starting with locals, Guggenz and Maddy O’Neal, they put on quite impressive sets for the 35 minutes that they were on stage. Even though it was just a mere 35 minutes, the amount of talent and storytelling that those artists got to perform was just mind-blowing! Maddy O’Neal put on a performance as I’ve never seen before adding in new members for a crazy live funkadelic sound!

She led perfectly into quite possibly one of the most revered live keyboardists in our scene, Haywyre. A one-man act from Indiana, who has a plethora of songs, took over the stage for an unbelievably epic performance! His fingers danced through the keys, all of which got projected on the screen behind him, and even with his 45 minutes, he had quite the timetable to lay down the classics, new songs, and epic covers! You can tell his influence from a handful of artists, one of which being Koan Sound, who just so happened to come on next. 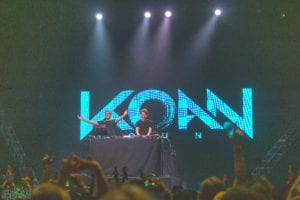 The English Duo who are some of the biggest names to bring that underground, neurofunk, garage; drum and bass to the states with hits like Sly Fox, Funk Blaster, and their remix of Halo 4! Their performances over here are rare and for years they have not come to Colorado so having their return be direct support for Opiuo in this massive Mission Ballroom was just a pure musical present for all! They played a plethora of songs off their newest releases, Polychrome and Intervals above and they included many of their classics, which were tuned up to a modern wonk. Check out this epic video below for a glimpse of their masterful work!

After the incredible performance from the duo of Koan Sound, Opiuo took over with the brightest of vibes and the largest of smiles! A kiwi from New Zealy, Opiuo put on quite possibly the best performance of his life! Headlining at the Mission Ballroom, the production went full out with lasers, epic lighting, and top-notch visuals, matched with his absolutely amazing performance with live percussion and mixing of epic beats from originals to brand spanking new songs. What was especially cool about this show with Koan Sound before Opiuo and the connections between the artists was highlighted when Opiuo performed a new song, made with Koan Sound, that was an absolute banger! Check out our video below!

Opiuo is always an artist to catch, especially headlining at his own shows, but with the support being so epic and within the same realm of live music, this night out made for one of the most iconic and instant classic shows to ever take place in the mission Ballroom. Add in the near-perfect audio that comes from the specially designed Ballroom and the top of the line speakers, and this night made to be one of the best of the year. If not the decade. Don’t miss out on upcoming Mission Ballroom shows! 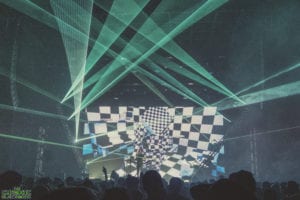 Check out a list of upcoming Mission Ballroom shows below along with socials of the venue and the artists!