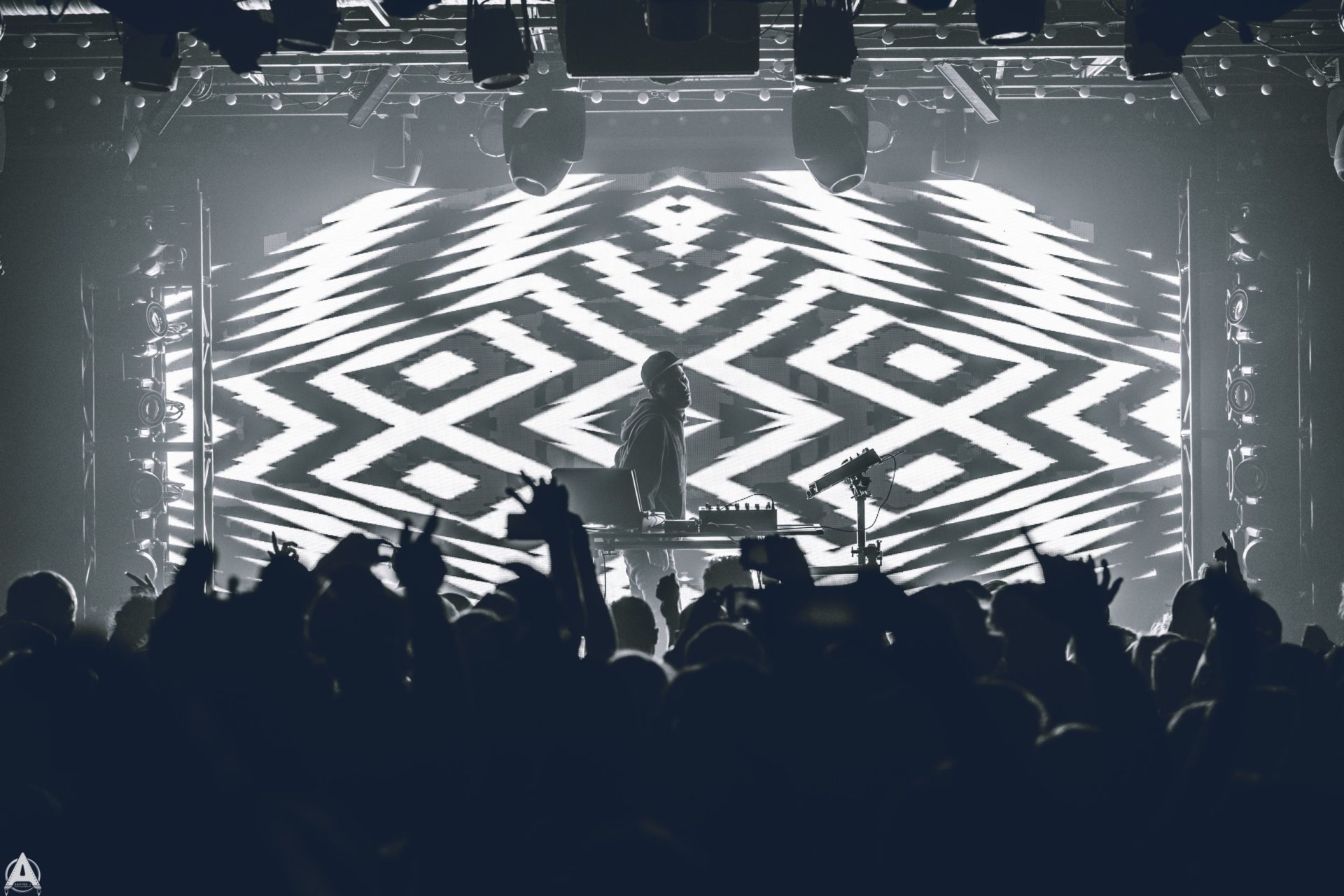 Greg Jones. He is facilitating a sound that feels entirely new. The Ineffable Truth, his carefully crafted, deeply layered 11 track 2018 album, is the latest example of this sound from the Santa Cruz producer. The album comes in tow with an extensive tour across the United States – alongside Jones on the second leg of the tour, producers, Chee and Tsuruda join in on the fun with their own unique sound that has been captivating crowds from all around. The tour moves through the South and stops at Saturn in Birmingham for us to bear witness. 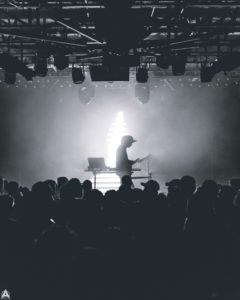 pening slots set the tone. Since following this scene, the word that comes to mind when thinking of these time slots is, respect. Artists such as Jones recognize the talent that fills the landscape of electronic music, and what better way to pay homage to that than bringing along these unique producers. These are by no means artists on stage to fill time before the headlining act. Bleep Bloop, CharlestheFirst, Truth, and Yheti are just a few of the talented names accompanying Jones on stage as he embarked on this tour. These artist learn from each other as they create and collaborate, all while on course to better their craft. For Birmingham, Chee and Tsuruda alike remind you the importance of being able to control a room with your only weapon being your sound. One standing visual of their respective logo, one producer, and some CDJ’s. The two both take on their own full length set and “warm up” the already eager Alabama crowd. Midnight rolls around, the stage clears, the lights go dark, and the anxious crowd straps in. 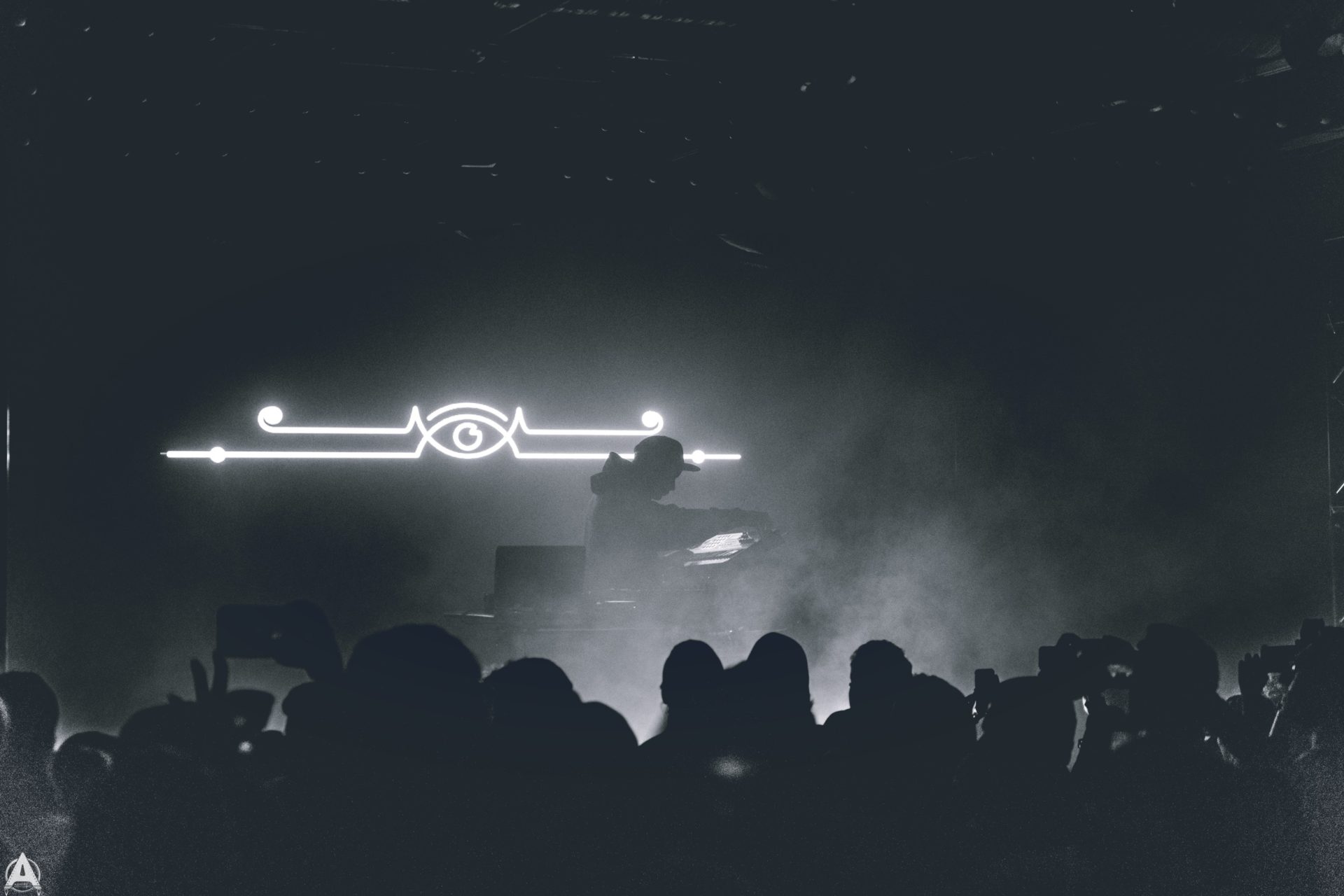 It is showtime. Black hoodie and flat bill equipped, G Jones, in all his monochromatic glory, takes the stage and sends attendees into a trance. Hourglasses, cryptic lettering, and shapes fill and flash around the room behind Jones on his LED playground that encompasses the 500 person space. Synchronized with the intense layering of sound that each track possesses, the visuals aid to Jones’ pleasingly abrasive, yet melodic delivery as he transitions from track to track. The 90 minute set has the loyal fanbase, not only of G Jones, but bass music in general, together as one. Whether it be thrashing along to classics, such as “Fuck What You Heard”, or allowing the crowd to catch their breath and take in the moment with one of his more melodic endeavors, Jones has the reigns on the room and it is up to him where he wants to see it go. A mixture of seamlessly transitioning between old and new tunes, precise video production, and a hypnotic energy that fills the room, leaves this Birmingham crowd awe struck and yearning for more. 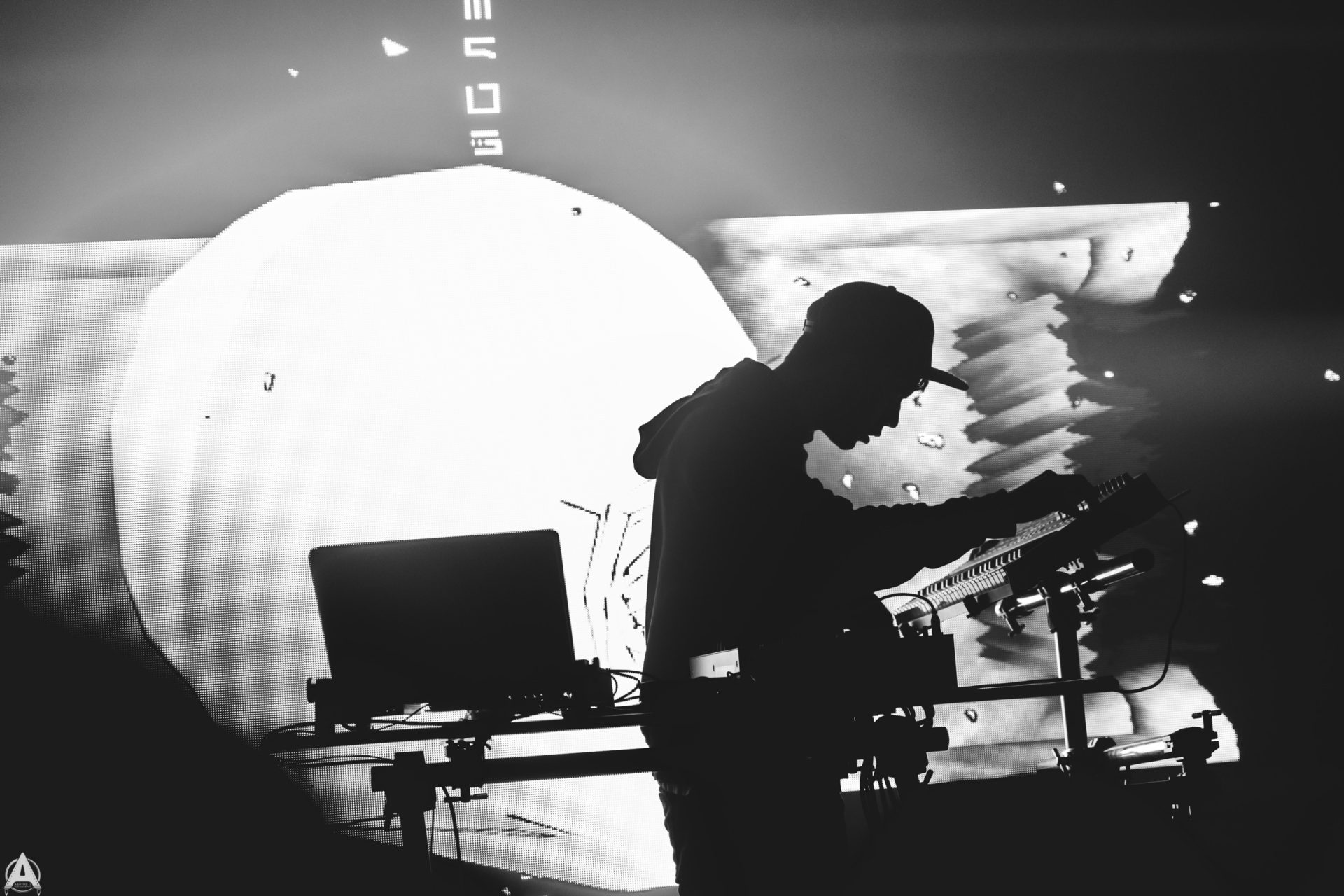 The Ineffable Truth Tour is still barreling through the East and Midwest for the next month with plenty of dates to catch these three very humble and talented producers. This is not a show to miss, check out dates near you and grab tickets via gjonesbass.com. We are very excited to be headed to New Orleans in March to catch all the madness once again at Buku Music + Art Project!

Listen to The Ineffable Truth on Spotify