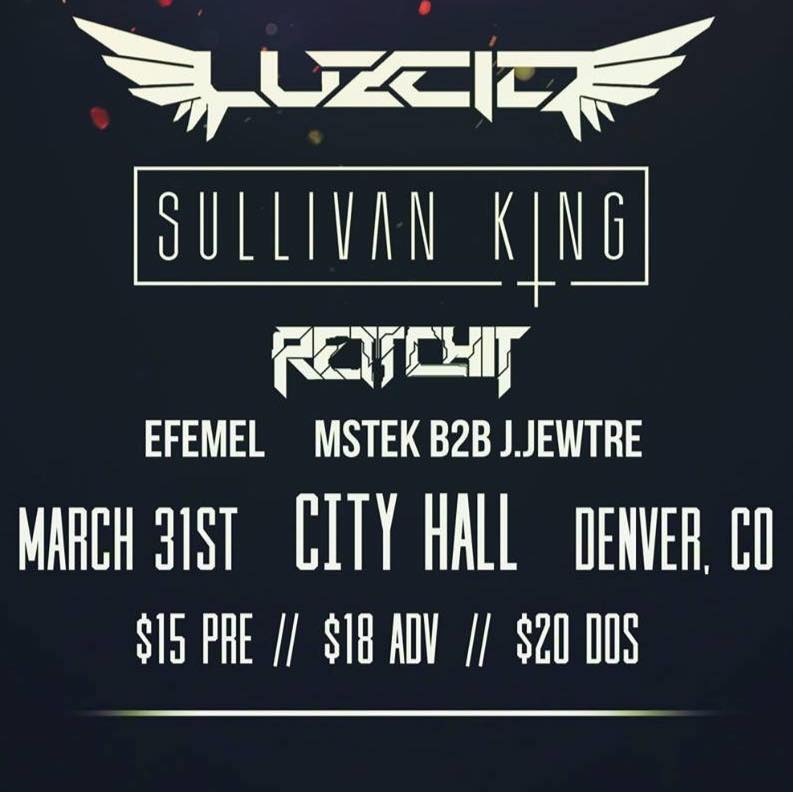 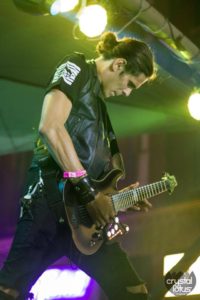 Colorado is about to greet Sullivan King with a very bass-filled welcome, as he will be making his debut performance in Colorado, on March 31st alongside Luzcid as the headlining act and with talented local artists, Rettchit, Efemel and Mstek b2b J.Jewtre. This stacked, chaotic, and bass heavy event will be hosted at The City Hall in Denver. A place where many bass heavy artists have come and caused the rail to shake and people to headbang and mosh. Lucid Living Productions is the production company that organized this event and with their moto “The Immersive Experience”, this event is going to be one for the books. And an immersive experience it will be. By having skillful and popular local talent, this event will be starting off strong with the head banging. Following the local acts, Sullivan King will be taking over the City Hall. He has a major metal and rock music influence and it clearly shows in his art. (Check out the video below for a sneak peak of what Sullivan King will have in store for us.) Sullivan King actually got his name from the original drummer of the band, James Sullivan of Avenged Sevenfold. When the drummer passed, the band took a hard hit, as did the dedicated fans of A7X. He put “King” behind Sullivan to honor his name! So you know that with this kind of passion, Sullivan King will make all of us headbang and will bring out the “metal heads” in all of us.  Sullivan King does not play a normal set… He performs with a midi-guitar, which is a guitar that has electronic components in it where he can change the sample of music that he is playing and select tracks from the guitar. With this unique performance and this being his first set in Denver… the bass capital, Sullivan King will surely throw down a crazy set that should NOT be missed!

On top of that havoc, having Luzcid headline the show will be magical and will put the ‘cherry on top of the cake’. Luzcid has mastered producing songs that cover several different genres while keeping a unique style to his art. With only a few years of producing music, he is exploding in the music scene. With Luzcid gaining popularity across the nation rapidly, playing at festivals more frequently, and having that distinct sound, he has earned the privilege to collaborate, multiple times, with one of the biggest names in the scene, Bassnectar. Luzcid will for sure end the show with a bang. Both Luzcid and Sullivan King are up and coming artists that should be seen when ever possible, because within a few years or less, these artists can easily be headlining ‘massives’ and festivals. Check out the artist’s social media below and a track from each artist! Also grab tickets while they are still cheap! This show is coming up fast and should not be missed!