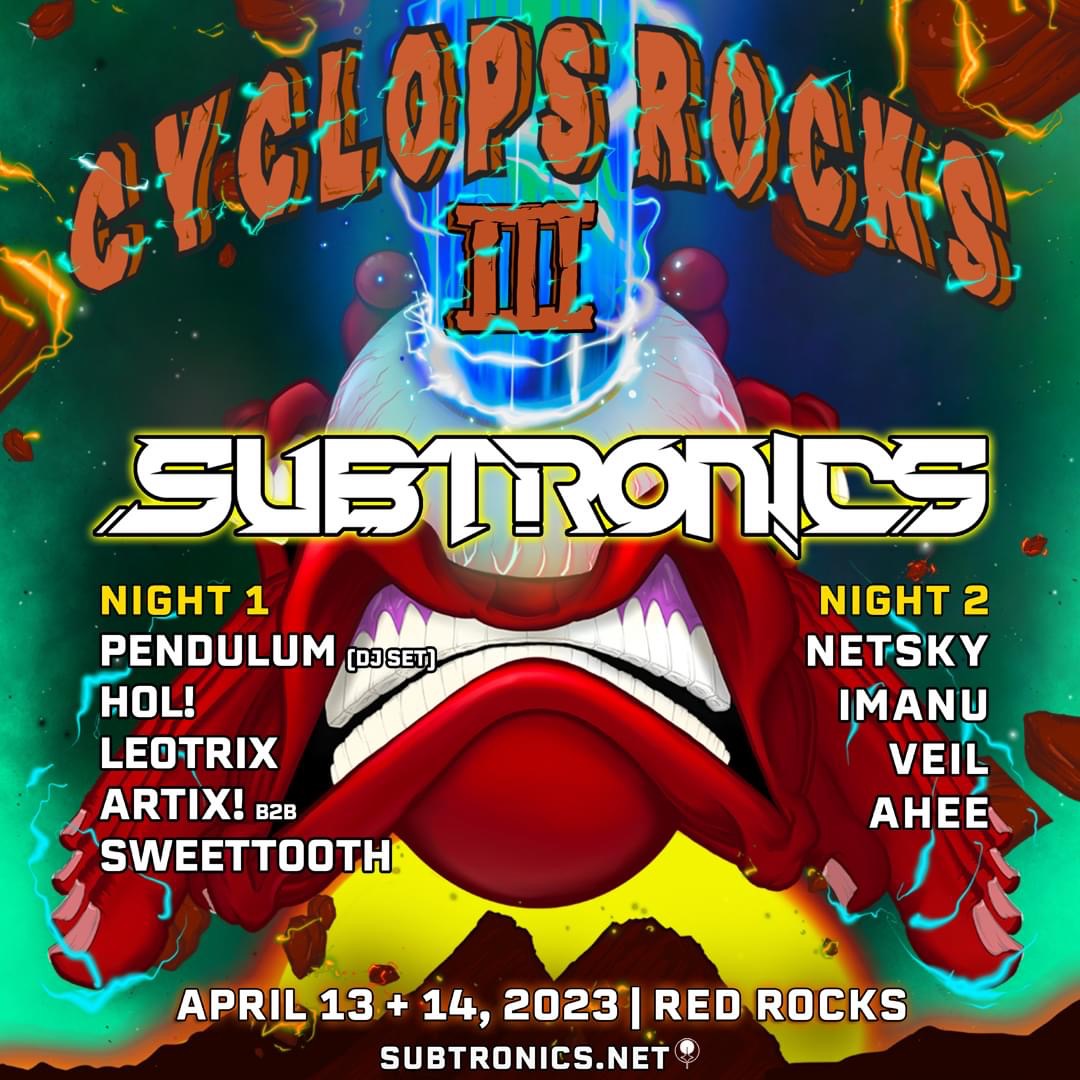 Head honcho behind Cyclops Recordings, Subtronics, is back at Red Rocks next year for a rowdy third year and my oh my is he bringing quite the gnarly support lineup. He has been blowing up heavily over the past few years because his sound is on point but also because he is an absolute mad man with who he has supporting him on his lineups. All of his events from Cyclops Cove to the Rocks has impeccable support and this up coming red rocks bill on April 13th and 14th and some of the best support we’ve seen yet! Both nights kind of have similar music while still being 100% completely different. For instance; direct support each night are RENOWNED drum and bass artists that honestly I would go see at red rocks just for them, being Pendulum on night one and Netsky on night two. Both are very legendary in the DnB scene and to have them play at Red Rocks will be something special in and of itself. The openers on both days are very experimental bass but damn do they go hard and seeing them kick off the night will be worth all the while. On night one a b2b between Artix! and Sweettooth will get the crowds blood moving while on Night Two Ahee will take the crowd to outer space and have us all visit some aliens. Then they got some low-end bass music producers, Leotrixx on night one who will be a bit of high energy w/ low bass and Veil who will showcase the Deep Dark and Dangerous styles of dubstep on night two. 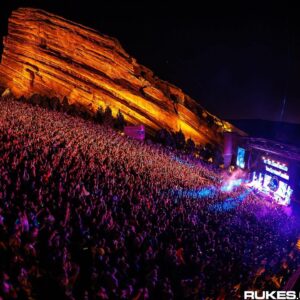 Of course being a Subtronics show, this is expected to sell out! So don’t wait and snag up some tickets as gifts or just secure them for yourself. But you want to do that sooner rather than later!
Tickets can be found at the link below!


Our Monthly playlist for December 2022!