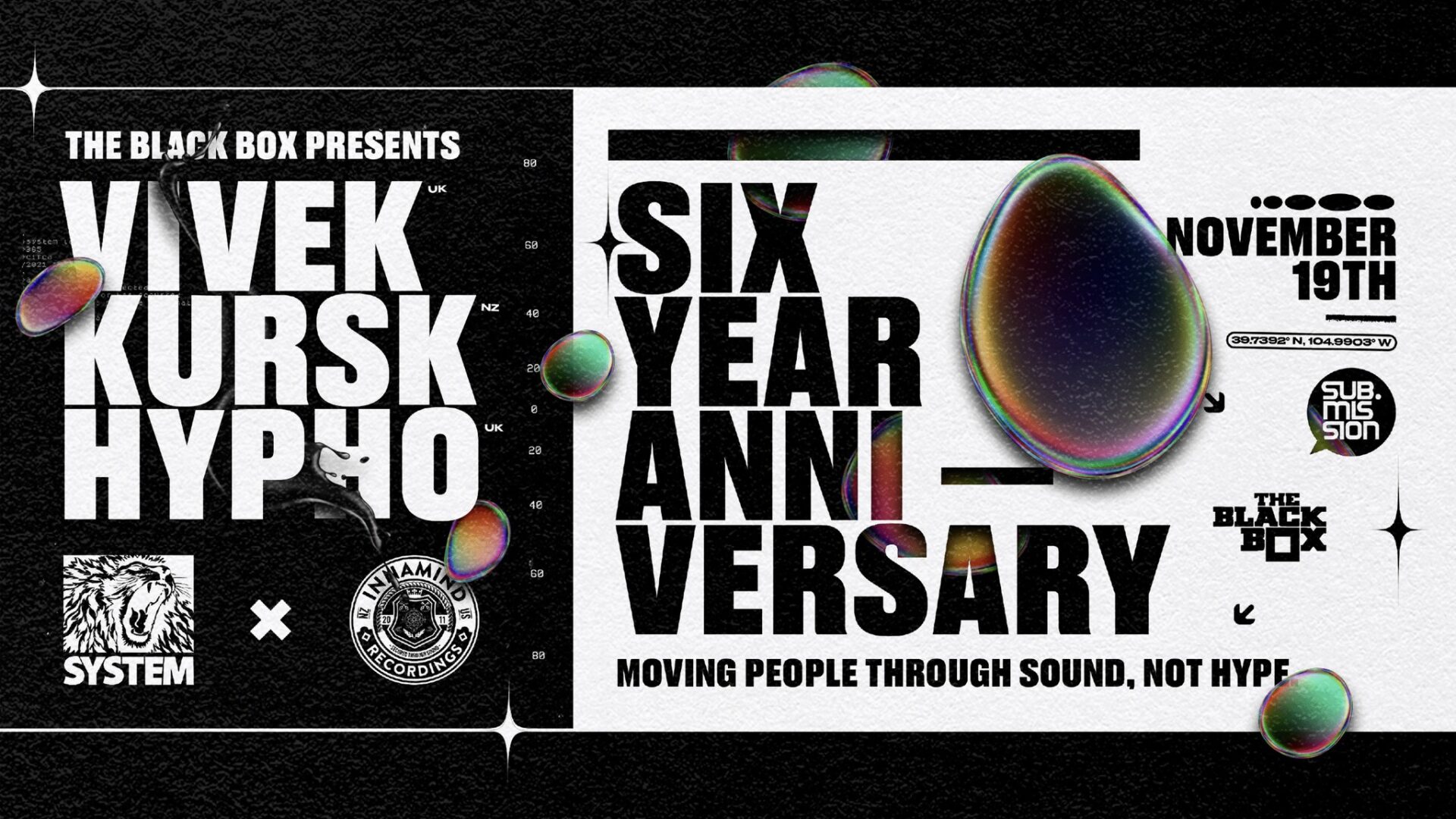 Nested in the heart of the bass capital in Denver, Colorado is an intimate ‘underground music’ venue that hosts the sounds of the deeper and darker styles. The Black Box is quickly approaching their 6 year anniversary and what a magical run of shows they have had. 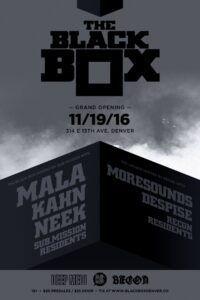 Their first show on 11/19/16 was a true representation of what the venue would come to offer the bass capital with low end dubstep, uk garage, deep medi and other various styles of dub. Mala is known as one of the pioneers of dubstep, being apart of a select – elite – group of UK producers that helped get the underground sounds out to the world. From there on out The Black Box did not disappoint with killer lineups that brought out the underground music scene and blended it with dank up & coming bass music. Over the years they had massive names such as Shades (Alix Perez & Eprom), Champagne Drip, Eazybaked (all some of our favorite shows that we had covered,) Hawk. (Charlesthefirst side project), Jade Cicada, Yheti, and so…so many more! 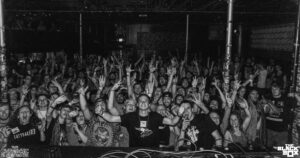 One of the artists the Black Box sees often and we absolutely love seeing him here is the Widdler.He is an absolute mad man in his dubstep and showmanship!  Throughout the Covid quarantine The Black Box put up table tops for closed off seating, enabling us to see him live! During this time Halloween fell on a Saturday night.  The Black Box really doubling down on the holiday, they had the Widdler come back for a Halloween week show with 5 different sets including Originals, Halloween and even Roots (reggae dubstep.) If you haven’t listened to those sets, you are missing out and you should click this link here. He is coming back for an end of year party, playing on December 30th, of course, it will be quite the vibe if you were able to get tickets to it. 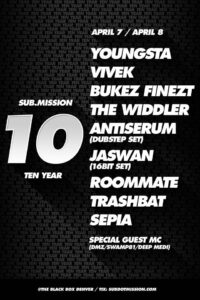 In partnership with the Black Box, Sub.Mission, a local dubstep production company (longest running company in the EDM scene in the states) has booked countless of amazing shows at their main hub at the Black Box. They had their 10 year anniversary in 2019 with The Widdler, Antiserum, and some other massive underground dub names. One of the names on there, VIVEK, will be coming back for the 6 year anniversary of the Black Box. A UK dubstep artist who defines underground music, as I can’t find one freaking song to show from Soundcloud! Yet, he has a 20,000 following on Facebook and has played shows all across the states and some of the biggest venues in Europe.

The Black Box has had some gnarly residencies as well and one of the most notable has been from one of the more popular UK dubstep names, Caspa. He had a 5 week residency that gave him ample time to showcase the UK sounds and blend in the beats that helped get his music heard throughout the world. 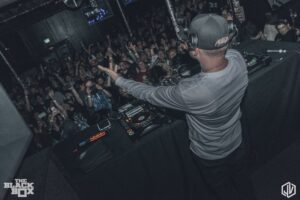 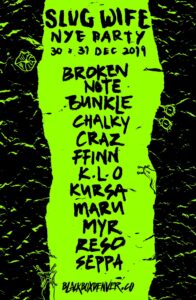 Many record labels have come through with take overs but one of the most hyped up ones that sold out damn near instantly was a NYE party with Slug Wife records. The whole lineup was nothing but straight fire w/ acts like Broken Note, Craz, ffinn, K.L.O, Kursa, Reso, Seppa, and more spread out over the course of two nights.

Recently they had The Glitch Mob come through for a three night run that was absolutely beyond epic. Having such a renowned artist on their comeback tour (had been in a mini hiatus) come to an intimate venue for three separate sets was truly something special and a once in a lifetime type of performance. That is what makes this venue so special, the intimacy of the room, the epic audio production with the minimal, but perfect amount of visual lighting, paired with a LED screen, the Black Box truly holds true to their name. And with Sub.Mission’s slogan: “Moving people through sound and not hype” – the vibe of the room is unlike anywhere else. 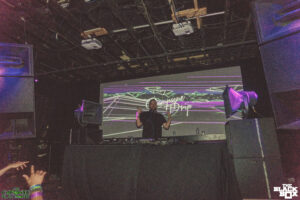 Don’t miss out on their 6 year anniversary that will be welcoming a Systemmusic x Innamind Recordings takeover with Vivek (UK), Kursk (NZ), & Hypho (UK). Tickets can be found at the link below!