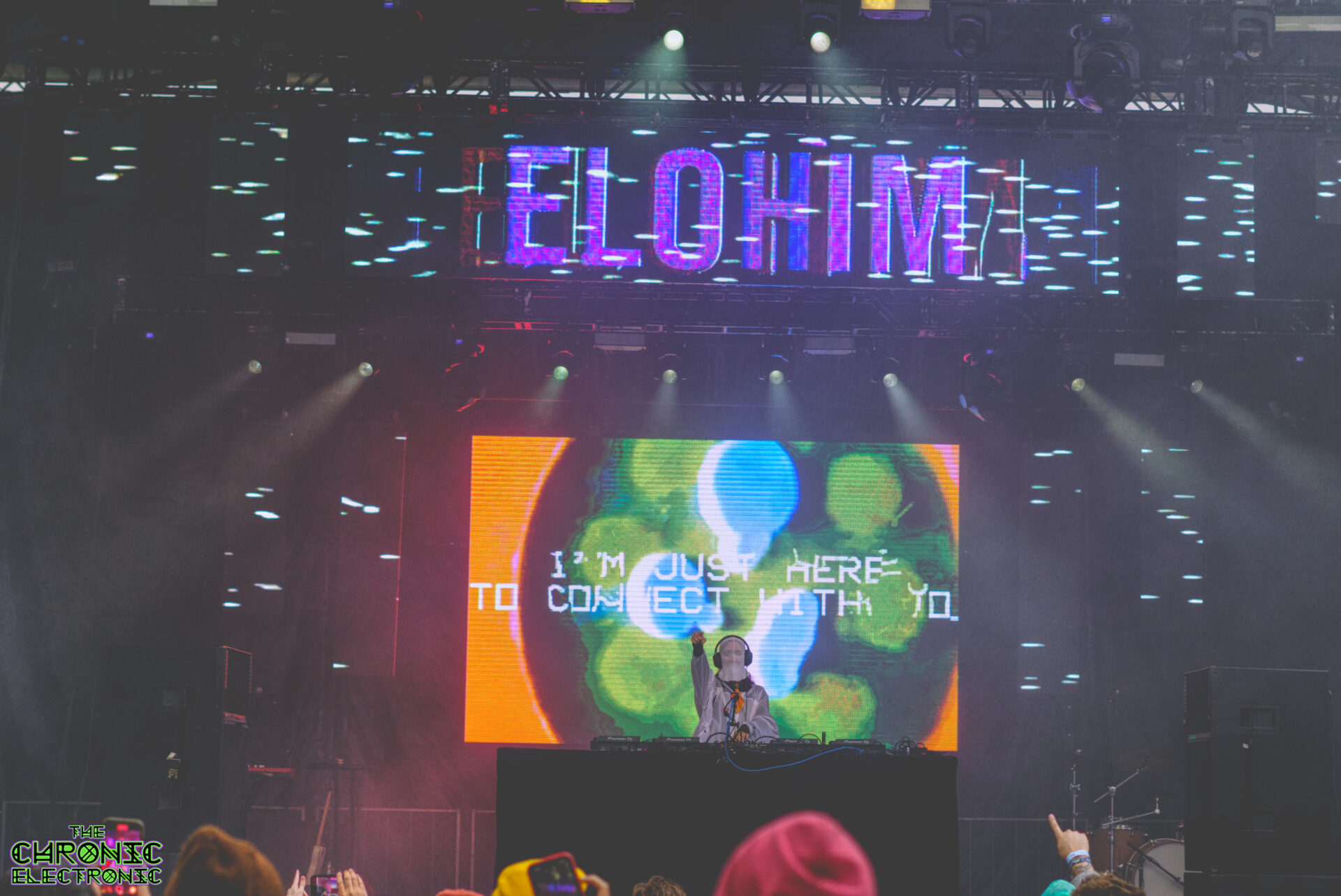 Last weekend in Colorado the music scene got a fresh take on a new and upcoming music and arts festival that was held outside of Denver/ Castle Rock area in Sedalia at High Ground Music Fest. This was their second year in operation but first at this location and what a beautiful spot it was. 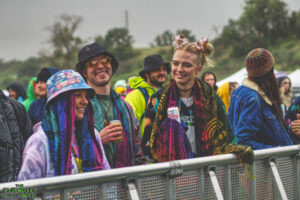 Nested between the mountains and city life, High Ground was far enough away to make you feel the unique festival vibe that they were aiming for while still being close enough to the city to be a ‘city’ festival. Located at Denver Polo Club, which is basically a big ranch with a nice slab of a big green grass lawn that hosted the heart of the festival. At one end was the main stage with the arts and clothing vendors in the middle, second stage at the other end with food vendors scattered around the premises and live painters all throughout the grounds. With no more than a 5 minute walk from end to end, this intimate festival was an absolute hit from new location, banging music, dope production and arts, topped with the best of vibes, what else could you ask for?! Good weather? Oh I think we got that too with a day of complete overcast weather, chilly temps (but not tooo chilly,) and occasional sprinkles. It made for the perfect weather to engage in going all out with flow toys or raging in the pit. 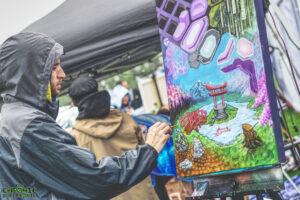 Of course with this local festival comes local acts and for the first half of the day nothing but local acts took over both stages for a whirlwind of music. Some of the notable names that kicked the vibes off were, Spirit Motel (actually one of the founders of the festival,) Mermix, Laszewo, and Covex which all led perfectly into Maddy O’Neal who is notably from Denver and continually on the grind to playing bigger and better sets. Throughout the set she played a collage of new music, her classics, and tunes from other local artists that added the right funky vibe to her high energy set. It didn’t take much longer until the day was really kicking into full gear with epic artists taking up both stages until end of night. Elohim came onto the main stage next and set the grounds straight with wondrous groovy house vibes mashed along with her luscious voice. Her set was one that could not be missed and you could tell with the packed out crowd scattered throughout that this was a mutual thought. She kept the energy high and when her set was done, the night all ready felt as if it could be over, but there was still so much more to experience. 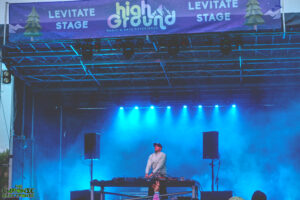 Heading back over to the smaller, Levitate stage, the night started to settle in with trap vibes from Denver local, Laika Beats. This guy may seem like an up & coming local, but he has been hard core grinding hard in the studio and hitting tour dates over the past several years and finally he is getting his music to be blasted out on dope festival sound systems… and oh was it so good to hear that heavy bass played out in an intimate crowd. Following up the high energy, funky and groovy artist, Muzzy Bearr took over with disco / house vibes that lasted us until the last remaining acts of the festival. Tokimonsta was on up next and her set was oh so unique from her worldly experimental sounds to her classic trap styles, she took the stage and started shifting gears into the direction of the headliner of the day, Troyboi. Minus the 20 minute set break in between the sets, everything flowed extremely smoothly and there was no awkward breaks in between the artists. Once Troyboi came on after the silence and the stage went dark, the absolutely packed stage went berserk as he started ringing out his classic hits to new bangers with that iconic T.R.O.Y.B.O.I sound. His set was loaded up and definitely was clear to why he was the headliner of the festival. From flawless transitions, to epic on stage energy, with top tier music production that when played out on large speakers, your heart, chest and face can feel the bass wobble through you and radiate amongst the ground and everyone else around you. Check out this clip of his performance below!

Over all High Ground Music & Arts festival was a complete banger with immaculate vibes, top tier production for its value, amazing lineup (again for its value,) and even though this festival is small, it holds the true meaning to a music and arts festival. We hope to see it come back next year bigger and better and hopefully with some water stations for the public and staff! We wanted to thank Noah and Brittany for this opportunity!
High Ground Music Festival Website