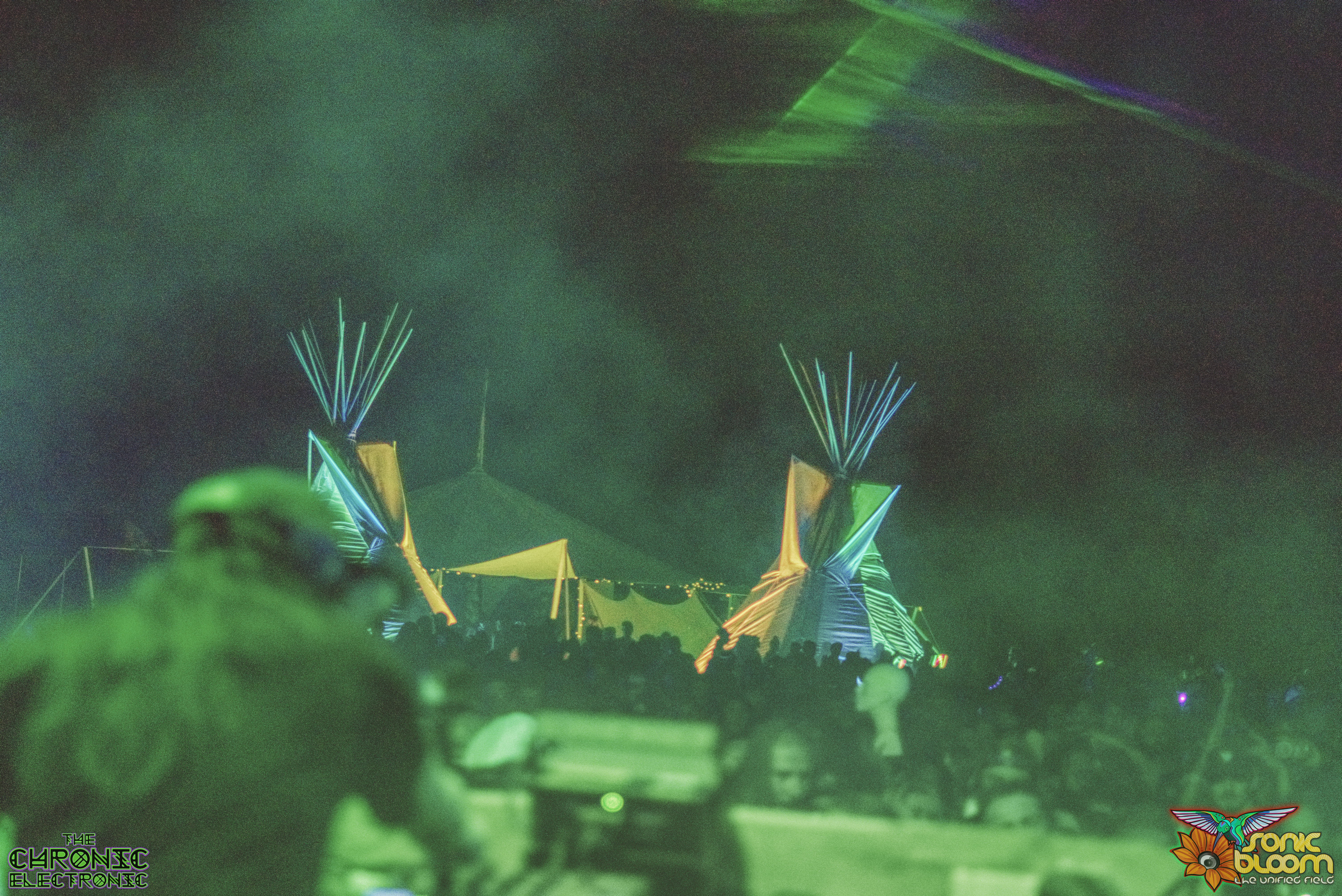 Sonic Bloom is HERE! Later this week join us at the Unified Field with an amazing array of talented and unique artists of all types. If you have been to Sonic Bloom or read any of our coverage of the previous events you know how much art and talent is scattered throughout the grounds. While it may be easy to get submersed in the heavy stimulation and wonder of the festival, there are ‘SEVEN’ Must See Artists to get your CHRONIC on at this upcoming Bloom! (Chose ‘seven’ in light of this being year seven of me experiencing Sonic Bloom.) So take a moment, roll up a doobie, or take a nice dab, and lets get into this list of where we think toking would be prime this weekend. 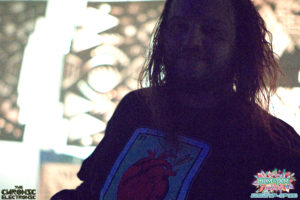 One of our favorite funky and soulful artists playing this weekend is one who has grown his scene here in the heart of Colorado. He had his first solo performance under his name at Sonic Bloom in 2010 and had a debut of his ‘Big Band’ at Sonic Bloom 2014. Michal Menert has had quite the journey from massive collaborations and projects with one of the biggest names, Pretty Lights, to starting his own Record Label, Superbest Records. He is full of heart and with his return to Bloom we couldn’t be more excited! He’ll be back at the Hummingbird Stage this Friday from 6:30pm to 7:45! Make sure to catch some of the funk before hand, Mikey Thunder and Shuj Roswell, both close friends of his and will with out a doubt make the hummingbird stage a wicked party!

You get down with that weird, trip-hop, experimental bass shit? Well, we do too, and we are so freaking stoked for Ultrasloth! Not only to finally witness Duffrey, bioLuMigen, and kLLsMTH playing together as their Ultrasloth project, but, lets be real, they are directly after Tipper who is gonna annihilated the main stage. So after getting the brains scrambled into spunion spalt, might as well as keep the mind-f#$kery up with the insane beats from Ultrasloth. We know this is one of the sets you’ll wanna smoke the F down during, so make sure to keep some green throughout that Tip set and get ready for more mind-bending music at the Hummingbird Stage Saturday night from 2am to 3:15am. They got visuals going on from one of our favorite VJ’s Pickles! Don’t miss this!

We just love the funk and one of the first sets that kick off Bloom is this awesome back to back of talented instrumentalists and producers, Kaptain and Phyphr. They may be up and coming but their sound is already toned to a classic kind of style that sends notes of groovy comfort. Earlier this year they put out a song together that can be listened to below. They will ALSO be performing at the Hummingbird Stage, but from this Thursday at 7:15-8:30pm! Yes, every artist that we have listed so far, IS, performing at the Hummingbird stage and it’s because of that shade coverer provided by the trees, the hammock riddled environment, and the immaculate vibes from the crowd that helps influence our decision on where to cool off and smoke down with some gnarly tunes going on. 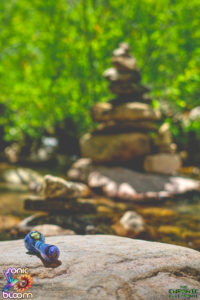 A new style of bass music will be vibrating through the Unified Field this Friday with Wakaan’s prideful, energetic, and beautifully bright Wreckno. They will be taking over the Meadow stage late hours from 11:30pm-12:45am with insane visual artist Data_Byte. Wreckno has quite the voice packed away that can get the crowd lit with just a couple of bars layered with nasty bass. They have been on the up & coming for a just a bit and we couldn’t be more excited to finally witness Wreckno at one of our favorite festivals. Its just a matter of time until Wreckno gets absolutely massive and seeing them at a festival of this scale may not be possible. So soak in this set as it will be a one of a kind!

Detox Unit has been taking over the psy-bass / experimental scene for a minute now and Sonic Bloom is recognizing that by giving him one of the juiciest time slots of the weekend. He will be playing the main stage Sunday Night from 8:30 to 9:45pm and will have a revered VJ with him, DR01D Visuals. Together this combination of swampy, psy-bass music with futurist, AI inspired visuals that will ROCK the grounds of Sonic Bloom. Not to mention Detox Unit will be performing his set as Journey set. One that means it will take you through a vast range of sounds, tempos, bass, and melodies. It’s gonna be a journey, so strap on tight, get your ganja loaded, and enjoy the ride. 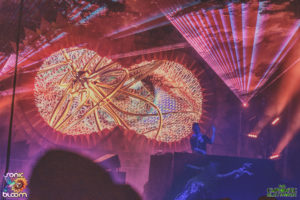 We couldn’t leave this one out. A definite, very-high, anticipated sets to witness. Of The Trees at the main stage on Thursday night from 10:45pm-12:00 will be nothing short of magical. He has been absolutely blowing up over the past couple years, so much so that he left his home, the North-eastern nook state of Maine, to live out in the Bass Capital and flourish with our high velocity of shows, producer collaboration, and traffic. His earthly sounds, crisp design, and immensely heavy, yet smooth bass, will be a delight to the ears and what better way to enhance that then by smoking down and getting a little elevated?

Of the Trees Soundcloud

Of The Trees · The Owl Song 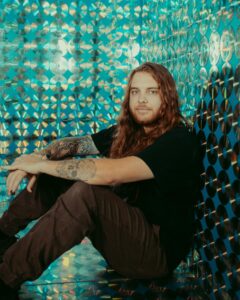 Lastly, one artist that we just can’t get enough of with mixes, song releases, and clips of live performances is none other than Ravenscoon! He has been straight BLOWING up lately with his one of a kind sound design that he can layer acapellas over oh so smoothly! His transitions are out of this world with multiple tracks going off the lead to an unexpected drop leaving you craving more and more… Performing this Saturday from 10:30 to 11:45pm at the Meadow stage, he plays at the height of so much good music that overlaps Saturday Night. WE KNOW it isn’t easy choosing between Seppa of Tipper & Friends Takeover along with Daily Bread on another stage. The conflicts are real, but we know that this will be a set of mind melting beats that will be paired oh so perfectly with a heavy indica. Now Ravenscoon is doing something a bit different and will be playing a ‘Downtempo’ set that will be unlike any other music that will be heard over the weekend. He has been working on this set for months and we can’t wait to see how he changes it up. Check out a song of his that we think is considered his style of ‘Downtempo’ and one we hope to hear live at the Meadow Stage. Visuals will be done by Actualize.

We realize this whole lineup is absolutely lit and to a stoner any set is a good set to smoke down at. We have so many highly notable mentions we would like to add in to this list but you should just check out the daily schedule for that.

SMOKE ON BLOOMERS AND GET YOUR TICKETS IF YOU HAVEN’T YET!