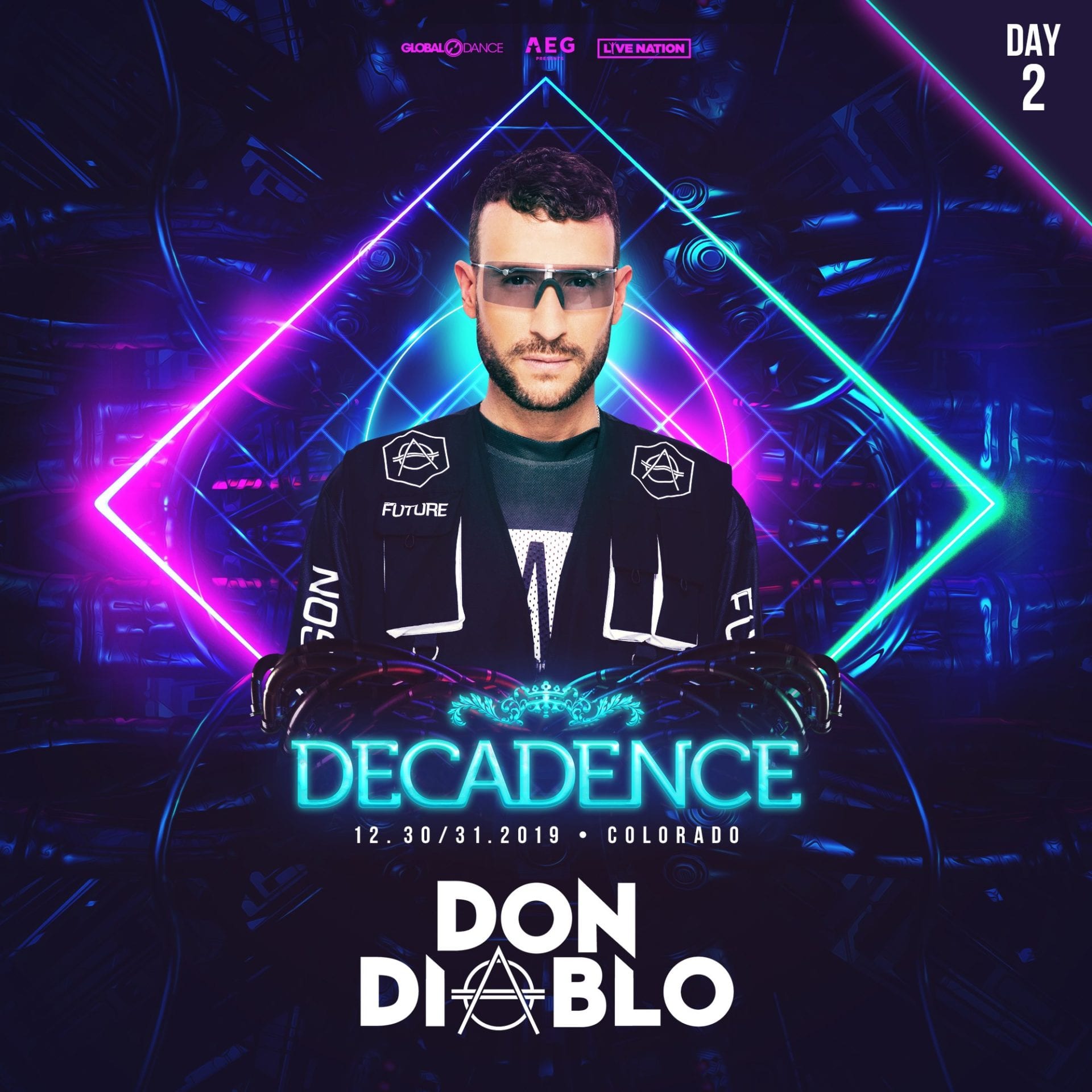 The king of progressive /future house has arrived! Making his Colorado debut at Decadence this year is future house kingpin Don Diablo. A pioneer for future house, the Don has been producing hits since 1997. The Dutch Dj has made some huge moves this year; holding his own sold-out event, Forever XL, in his hometown at the Ziggo Dome in Amsterdam, staying in the top 10 on DjMag top 100 for the second year in a row and even moving up on spot to number 6, and being ranked number one on Beatport. This year he has collabed with big hit names such as Jessie J and Gucci Mane, as well as remixes for Miley Cyrus and Ellie Goulding. His sound continues to make waves among people and gains the interest of more and more fans daily.

In the past he has worked with other legendary names like Tiesto, Kygo, Ed Sheeran, and the Chainsmokers. A packed tour schedule kept the Don selling out shows throughout Asia and Europe with a few US shows as well. Playing festivals such as Tomorrowland, EDCLV, Forever XL, Creamfields, and Ultra to name a few.  Embracing the theme of Star Wars in many of his sets and shows, it showcases the perfect touch and presentation with the futuristic thriller sounds people crave.  His label Hexagon is also filled with huge talent and many up and coming names to keep an eye out for. With that label under his management allows him to give unique and different sets each time as his music library is vast with amazing tunes!

This style of future house is just what is going to make Decadence 2020 a truly magical experience. With the full Decadence production along with the uplifting and groovy sounds of the future Don Diablo is sure to create tons of smiles and even spark a few tears of beauty for the citizens of Decadence. Contrary to the belief of many bassheads who come for one artist, future house has the potential to not only create happiness and awe but get down and dirty with heavy bass filled electro and wonky sounds. Always bringing the best vibes and awesome sounds Don will be presenting and representing his entire label with his debut to the bass capital, Denver. I suspect he will be playing during the backdrop and bringing in the New Year in epic fashion! The amazing human and epic Dj has a lot of hype surrounding him and is sure to create an amazing and electrifying scene you won’t want to miss! The future is now!