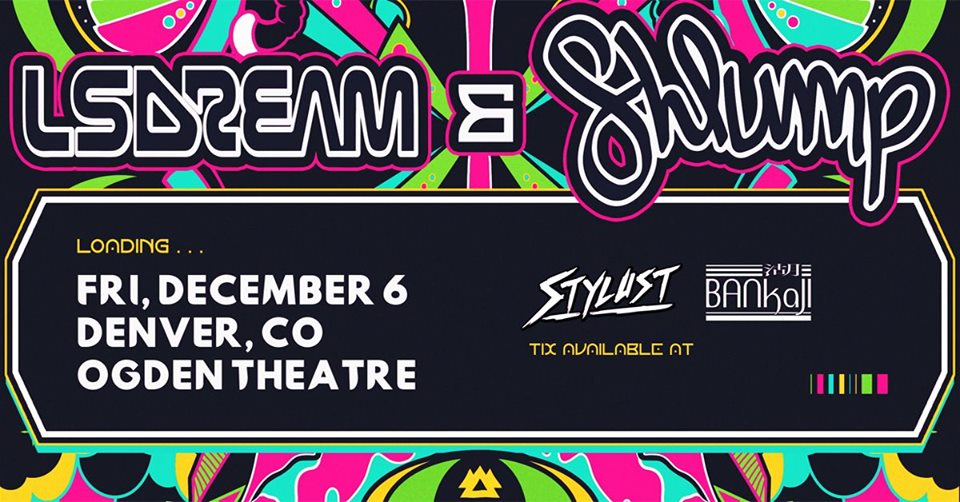 Experimental bass music kings are coming to the bass capital of Denver, Colorado at the Ogden on December 6th and that is none other than head honchos of the Universal Wub Tour, LSDream and Shlump. These two are going on a co-headlining tour and bringing the best of dubstep and wonky beats to wooks in venues across the US. LSDream, who used to be known as the popular trap artist, Brillz, is teaming up with one of the biggest up & coming experimental bass producers, Shlump, for a one of a kind tour. And it doesn’t stop there, the other two support artists bring a full load of ravishing bass! Stylust, one of Canada’s favorite smaller bass acts will be bringing the heat to make the dancefloor ‘Burn’ with vibes! Add in Denver local, BANKaJI, a wondrous mind in exploring unique sound design and you got a complete show of various and heavy music. A true meaning to Universal Wub. So don’t miss this tour and check out the wubs at one of Denvers hottest spots for music, The Ogden Theater.