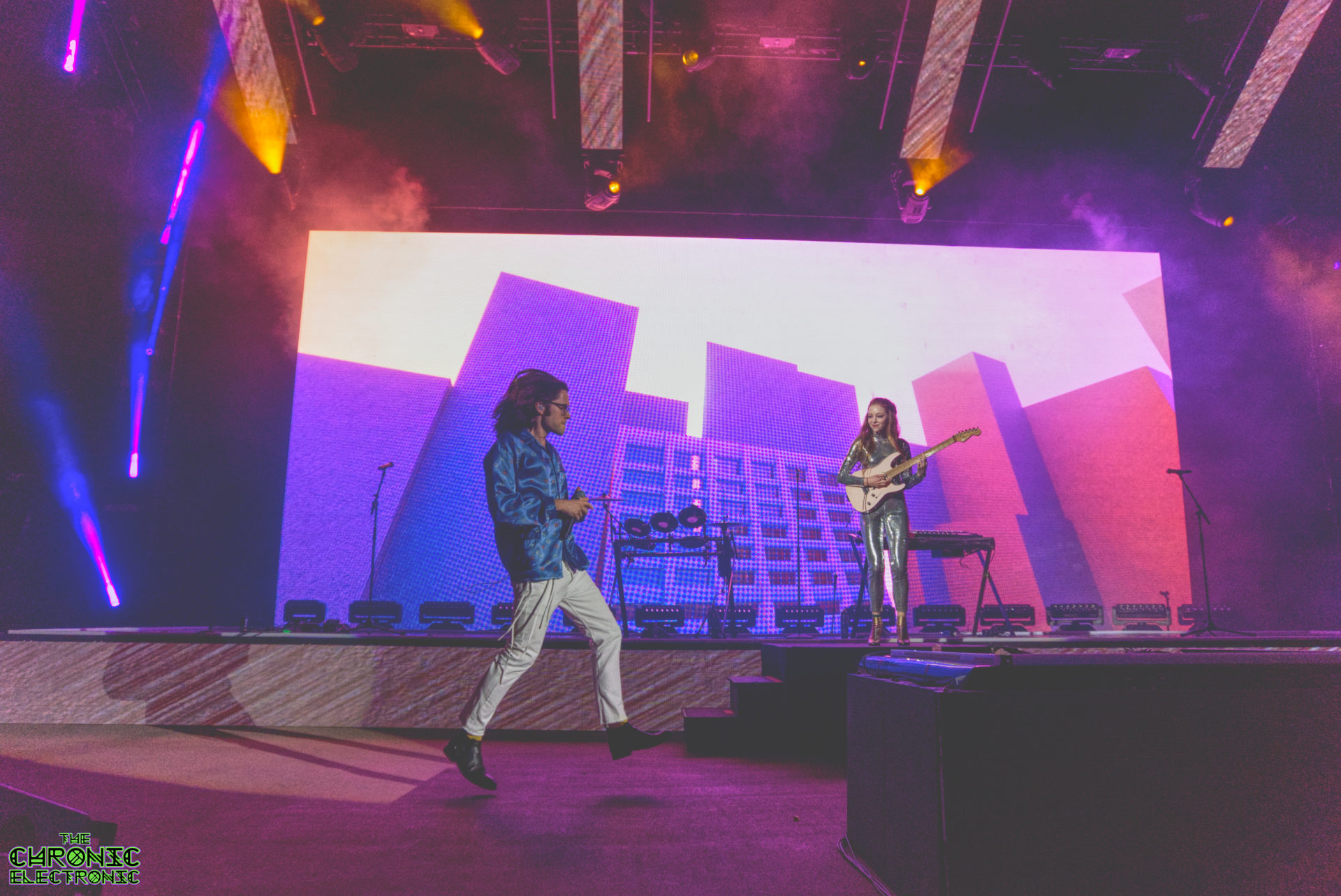 Its been nearly a week since one of the best Red Rock performances took place this year from an artist with just under 40,000 likes on Facebook, and a reputation that spans from corner to corner of the state of Colorado. One of the newer funk masters in the EDM realm, Big Wild, hosted a magical night of music alongside Whethan, Goldfish, and Robotaki! The Red Rocks event sold out quickly and once the night finally came, the amphitheater was packed from bottom to top with the best of vibes. Every artist booked on the bill project all good vibes and produced some of the grooviest and happiest music that I personally know of! Robotaki started the day off and with his down tempo-glitch influenced future bass music. The Canadian led perfectly into the duo from South Africa, Goldfish, who offered a nice change of pace. Playing house music beats alongside soulful instruments; flute and saxophone (played by David,) along with the piano/keys and electric upright bass (played by Dominic,) the two South Africans have truly put together a unique sound that landed them a dusk set at one of the most legendary venues in the world. Check out this video of pure musical gold below.

Whethan followed up the live performance from Goldfish with some interesting tactics on future bass. He was placed inside a massive LED flower for a brilliant take on production for the co-headliner. Then playing a beautiful array of heavy bass music mashed together with future bass, trap, and other sounds that took the night for an interesting whirl. Check out a mini video of his set below.

Last but not least, the headliner with the plush and wondrous hair. Big Wild took the sold-out Red Rocks for a one of a kind adventure that NEVER ceased to keep the entertainment high and the audience at the edge of their seat.

Big Wild not only played a wondrous alignment of beautiful music with changing up the songs live, but he brought out special guests / live performers for nearly every song. It was honestly quite impressive, how many people kept on shuffling out on stage and changing up the vibes with their attire and instrument/tone adjustments. He did not hold back on putting on the show of a lifetime for his first headlining Red Rocks show. Big Wild threw down on his drum pad, sang his heart out, and played to the crowd in the best of ways. Thank you to Big Wild for bringing the epic night of music together. Check out a video of his performance below!

Shout out to AEG Presents as well for this awesome opportunity!