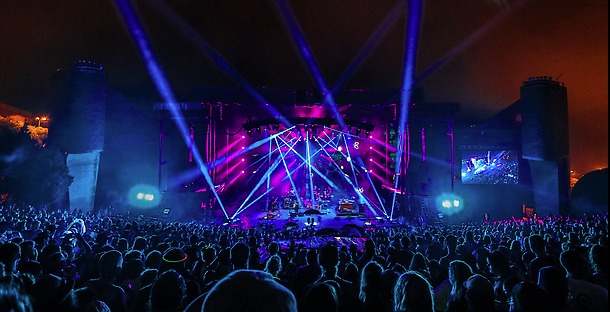 The Red Rocks summer showcase is in full swing! People from all over the world are heading to the historic venue to hear, see, and experience their favorite performers.  One of the most anticipated summer Red Rocks events is just around the corner.  Yes, I’m talking about the great String Cheese Incident.  Before their annual 3-day Red Rocks run on July 19-21, the String Cheese Incident will play two shows at the Dillon Amphitheater on July 16 and 17.  Tickets can be found on AXS.  Let’s dive in to what to expect from SCI at Red Rocks this year.

With all the celebrations, next weekend will definitely be a time to catch a show at Red Rocks. The String Cheese Incident will pull out all the stops as their musical talent and stage production is arguably one of the best in the scene.  From Cory Wong’s debut to celebrating 25 years of Incidents at Red Rocks, this will be one weekend you won’t want to miss!