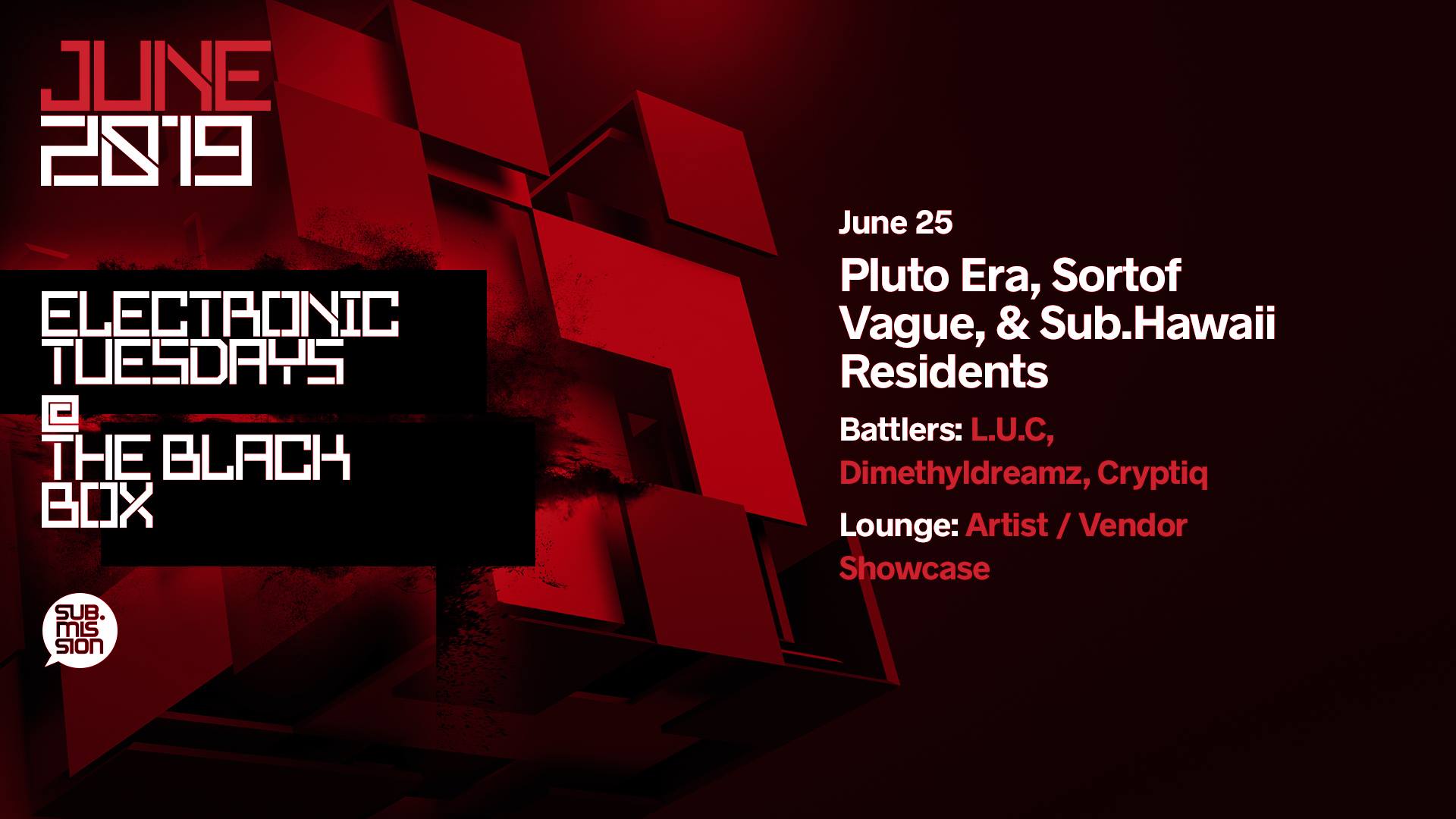 Sub.mission‘s Electronic Tuesdays are non-stop, (quite literally as they are the Longest Weekly Running Event at the Black Box) and they are bringing a heavy lineup on the 25th of this month with our ‘Up & Coming Artist’ select of June, Pluto Era & Sortof Vague. The headliners are vast in their production of music. Pluto Era, a Phillie born producer is taking reign over the underground bass scene with his soulful, glitch-hop take on experimental bass. Meanwhile Sortof Vague, has a more of a downtempo glitch take on his production and mixing. Together, the night will be graced with some of Denver’s best beats! Not to mention the dank support from; Sub.Hawaii (being another Sub.mission Resident,) DJ battles with; LÜC, Dimethyldreamz, and Cryptiq. Don’t miss out on Electronic Tuesdays 6/25 w/ Pluto Era and Sortof Vague!