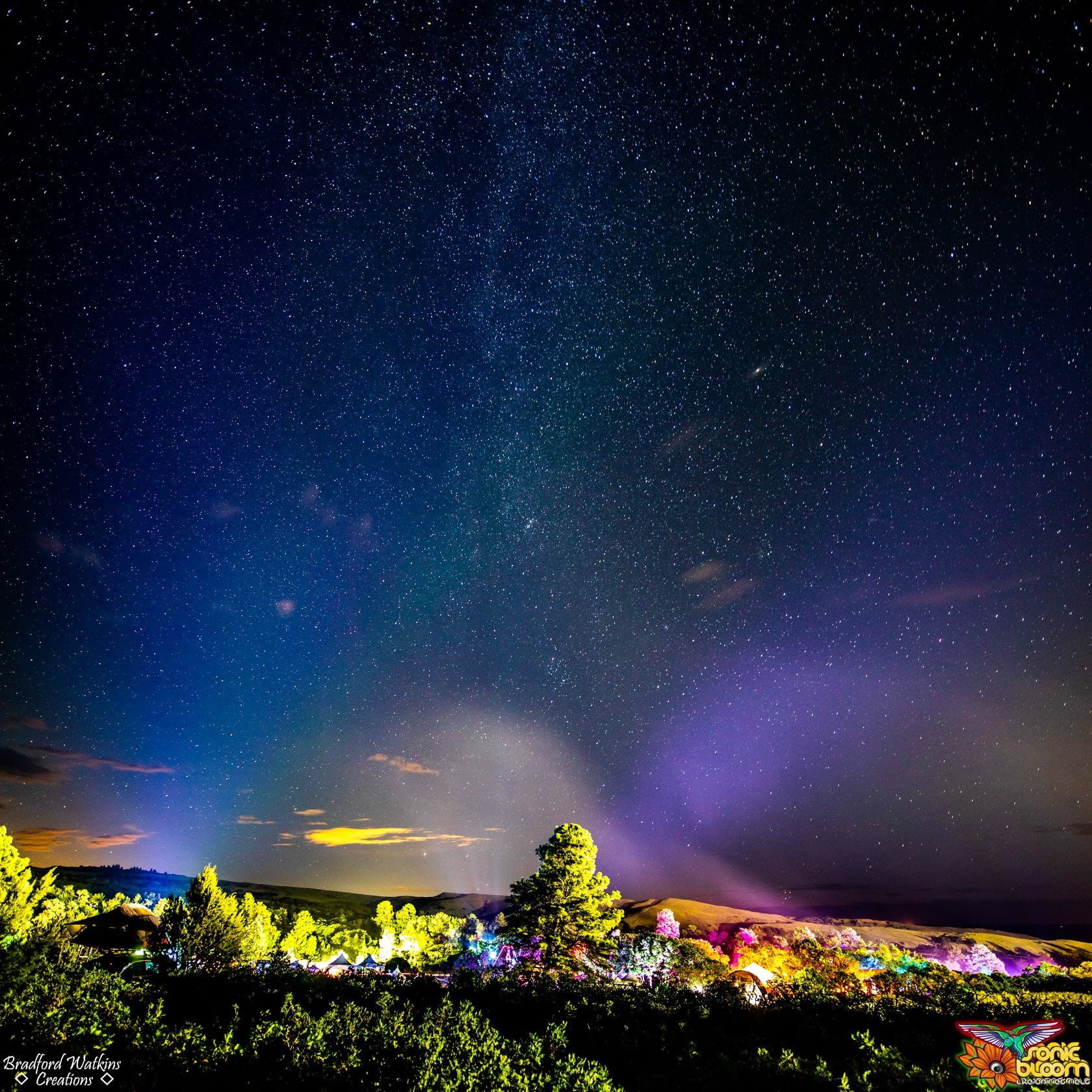 Sonic Bloom is rapidly approaching their 13th annual Unified Field with quite a fantastic lineup for their 5th year on the Hummingbird Ranch. This year’s lineup is absolutely bonkers with the talent truly spread far and wide throughout the whole lineup! Here at Sonic Bloom, the creativity of the festival thrives through every aspect; workshops, art installations, performing arts, and of course music. With the event so close to the date, we have put together a quick Top 8 artists that you must see at this year’s rendition of the Unified Field. *We are not including the headliners closing out the Bloom Stage each night, all of those artists are a for sure must see being; Kalya Scintilla & Eve Olution, Gramatik, Opiuo, & The New Observatory/ The Sonic Bloom Orchestra!* If you haven’t gotten tickets yet, they are still available either online or at the door when you arrive at Sonic Bloom this week! Follow the links below for more info and to check out our Sonic Bloom ’19 Playlist! 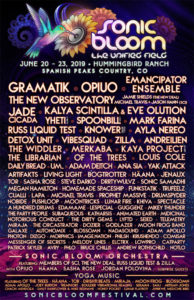 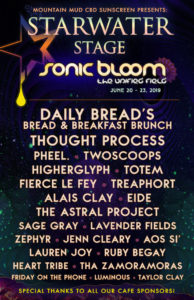 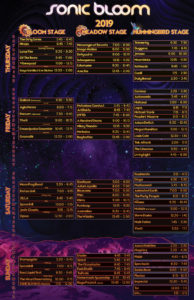 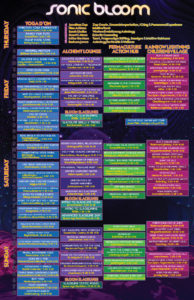 Sonic Bloom is home to the funky experimental vibes and with Daily Bread, he is that and so much more. If you dig the vibe of Pretty Lights, then Daily Bread is the artist for you to catch! He is from Atlanta, Georgia, inspired by hip-hop music backed with the ability to perform with multiple instruments. He will be playing two sets, one being a Bread &  Breakfast set at the Starwater Stage, then closing out the Hummingbird Stage on Thursday Night from 2:30-3:30 am.

Phoenix-born, MIDIcinal is a current Colorado resident pushing the barrier for electro-funk and bass music. Usually, during his live performances, he incorporates a drummer or a horns player! He will be one of the opening artists at the Hummingbird Stage on Friday from 5:00 – 6:00 pm.

Nestled in the home of the Kootenay Mountains, a little outside of the home of Shambhala Music Festival, comes the organic sounding duo, Moontricks. The duo share the workload nicely with Nathan on the sound production aspect and Sean focusing on the songwriting & lyrics. Together their sound incorporates modern-day bluegrass and electro-soul. Having them perform in Colorado, a state that loves bluegrass to their roots, and on the Hummingbird Ranch which is nested on the foothills, it will be the perfect set to catch for a Bloomin’ Colorado vibe. Catch them Thursday Night from 10:15-11:30 at the Hummingbird Stage.

The Mile High Sound Movement has some straight heat coming to Sonic Bloom this year, Notorious Conduct is one of those artists who is playing a big role to the ignition of the bass bombs that will be droppin’ at Bloom. Residing in the Bass Capital, he is currently staying ahead of the curve with inspirations of all types. His production is top notch and he is on the road to being one of the gnarliest bass acts to catch in the scene. Don’t miss his set on Friday, opening up the Meadow Stage from 5:45 to 6:45.

The sounds of the Dirtybird are coming to Bloom with one of the most highly charismatic and goofy tech house producers in the scene. Steve Darko is bringing the late night vibes as he will be leading the party Saturday night at the Hummingbird Stage from 12:30-1:45 in the morning. The Hummingbird Stage will be the spot to be as Mark Farina will be performing shortly after Steve Darko. Don’t miss out and choose this night to stay up late!

TruFeelz is Denver based artist who is currently one of the hottest up & coming acts to catch. His range of sounds is diverse and spans across multiple genres. Of course with his name being what it is, he puts out serious “Tru Feelz” with his production being trap based; he has some insanely bass heavy songs yet he also has a handful of songs that are bright and beautiful as they are future bass based. His high energy vibes will be blasting the Meadow Stage on Sunday from 8:45-9:45 pm.

Comin’ from down unda, Australia, for two sets at the Unified Field, Spoonbill is hands down one of the most anticipated sets to be performing this year at Sonic Bloom. His worldy sounds are put together in such ways that make his sound truly a one of a kind sound. He grazes Latin, African, Blues, downtempo, and all types of culture influenced sounds. He uses congos, bongos, horns, string instruments of all types, and mashes them all together, backed with some beautiful electronic harmonies and/or sound samples that make his production truly a masterpiece. His exotic sounds will be performing at the Bloom stage both times, one on Saturday Night from 10:00 to 11:15 and Sunday evening, during the Golden hour from 7:00-8:15. He just recently put out an EP, Canopy, and we can surely expect some of those songs to be played at his upcoming performances!

Another highly talked about performance is Yheti. He has played Sonic Bloom before and absolutely done wonders, throwing down some of the wonkiest wook bass music that hit the heart of many Bloomers. His music is hypnotizing while bass heavy and pushing the boundaries of freeform experimental bass music. This combination is the perfect match up for Sonic Bloomers especially with Yheti having two girthy sets. The first one being on the Bloom stage, Friday night from 9:00-10:15 and the second set is an extended set, reaching into the hours of the sunrise. Unfortunately, Culprate and Sonic Samadhi (who were booked to perform this sunrise set) were unable to play these hours and after the second cancelation, Yheti offered to extend his 3:30 am set and Sonic Bloom said yes. Because of this, his humble attitude, his creative – outgoing energy, and so many other traits, Yheti is easily one of our most anticipated sets that can not be missed.

*We are not including the headliners closing out the Bloom Stage each night, all of those artists are a for sure must see being; Kalya Scintilla & Eve Olution, Gramatik, Opiuo, & The New Observatory/ The Sonic Bloom Orchestra!*

We hope you enjoyed our top 8 article! We know there is plenty of immersive and insane talent throughout the lineup, so it was not easy making this list. There are plenty of artist conflicts on this year’s schedule, which makes exploring the Unified Field this year, that much more exciting. Don’t forget to get tickets if you haven’t yet and check out our playlist to get your party vibes goin’!