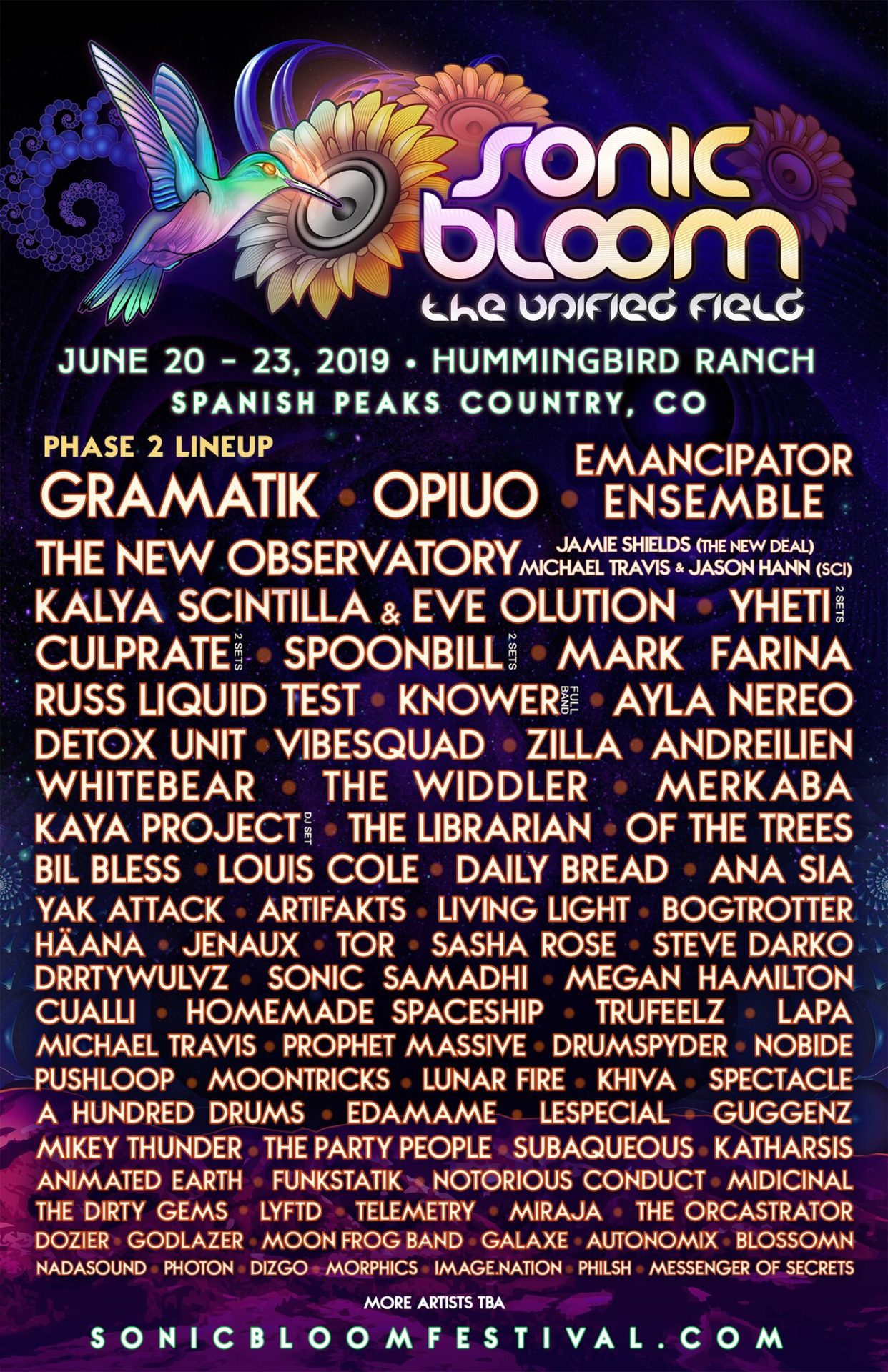 The phase 2 lineup of the Colorado-grown transformation festival, Sonic Bloom, is one for the books as they are making history not only for themselves but also for the nation. In the PHAT phase 2 lineup announcement, they are bringing one artist who will be making his USA Debut performance and at least 9 others who will share their first time performing in the Unified Field this year. Right after the summer solstice, Sonic Bloom will take place at Hummingbird Field from June 20th – 23rd and will host not only 4 days of various electronic jams and music, but also prior to the festival they will have 3 days of the Sonic Bloom Academy, which includes classes on Ableton Live, VIsonary Arts, and Permaculture. More info about Sonic Bloom Academy can be found here. .. The phase two additions to the lineup is just absolutely spot on and quite possibly the best phase two release that we have seen from them ever! They are bringing one of the prodigies from the ‘Inspected’ record label, for his first time performing in the States! None other than Culprate and to really have this be a historical performance, this liquid neurofunk artist will be performing two sets, one of which will be an iconic Sonic Bloom sunrise set at the Hummingbird Stage.  To make us wooks even happier, Yheti will be throwing down his brilliantly weird and goofy music before the Culprate sunrise set! If that isn’t enough, another artist on the phase two announcements will be doing 2 sets as well, and it is also his first time performing at Bloom, he is from down-unda, and he throws down a fresh and wonky style of funk. Spoonbill will be an artist to catch at the unified field! Literally, the whole lineup from start to finish is absolutely Fuego and we have a playlist made for those who don’t know everyone on the lineup! The full lineup of artists is in the graphic above and the phase two announcements are posted below as is the playlist that we made! Dont sleep on those tickets as they will only increase in price, so get them while they are at cheapest price possible!

Sonic Bloom Playlist made by TCE