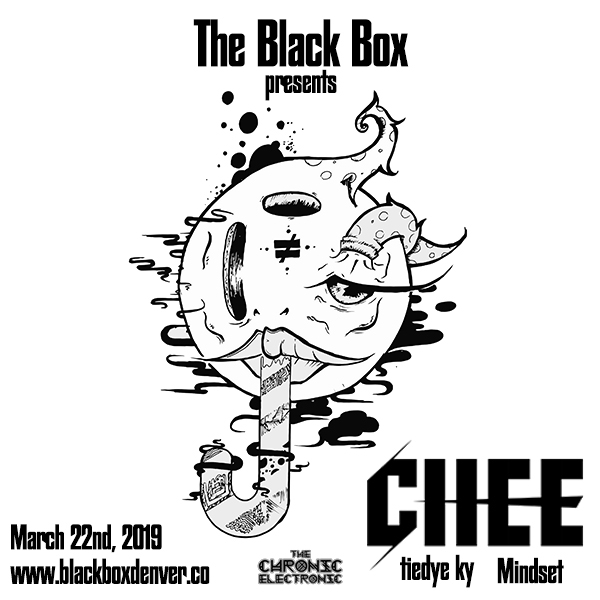 Mission transmission incoming: Chee. to ‘Destroy’ the Black Box on March 22nd.
Objective: To sell out the venue for most proper annihilation of beats in the bass capital.
Details: Chee. – amazing ability to not only produce original dank music that will rock your soul into obliteration but also capable of ultimate floor shaker when in front of an audience. Elevated results on the custom BassCouch Soundsystem presented in the Black Box; it will be the ultimate destruction of bass. Take place March 22nd from 9-2am, supported with a heavy squadron of artists; Mindset and tiedye ky. *Tickets can be found in the sources below report.*
Chee Background Report: Chee has been on a long path of production and creativity. Over the past 4 years, he has massive releases/features from multiple labels such as; Division, Nest HQ, Buygore, Wakaan, Saturate Records, Inspected and his own self-released songs. Recent Highlights range from *Bassrush collaboration,*Liquid Stranger collaboration on his massive 30 song album, *Read Once then Destroy EP on Inspected. *Support for G Jones on his Ineffable Truth tour.
Analysis: Chee is a wizard in disguise. Must observe for further observation. Report back after date of arrival.