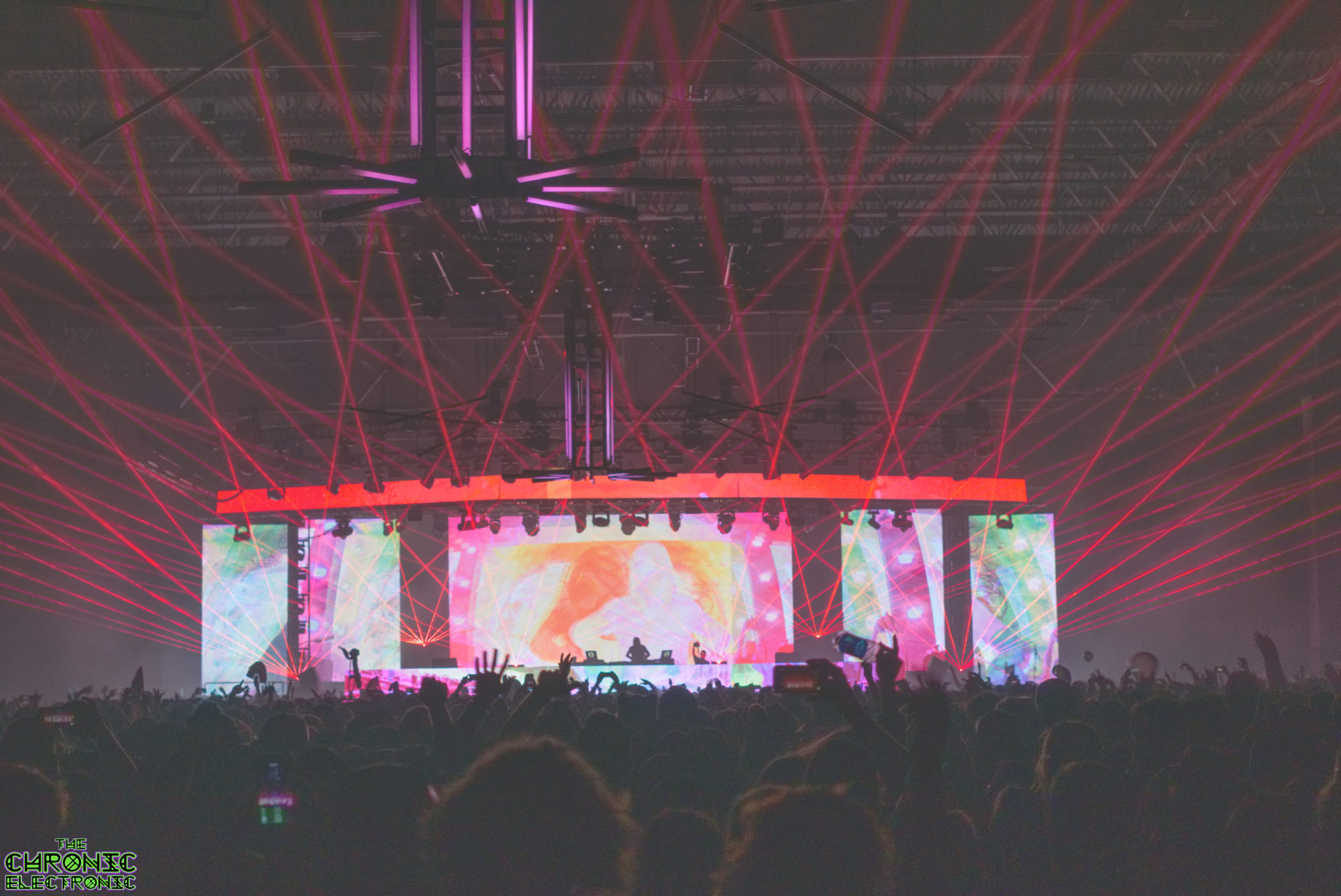 Global Dance has again dominated the NYE dance celebration not only in Colorado but also the Nation with their legendary 2-day rager, Decadence. For their 8th year, they pulled out some of the biggest artists in the scene to straight merc the bass capital with top-notch performances and gnarly visual production. This year’s lineup is personally my favorite from the 7 that I have attended and with the new change up on production that they did this previous year, it was an experience unlike any other Decadence. They had brought in headlining names to kick start the days and from there on out there was almost always a music conflict, a beautiful and exhausting trade but worth all the travel between the stages. Check out the schedule below to see what we had to deal with for the two days of madness and dive deep into our review jam-packed with pictures and video! 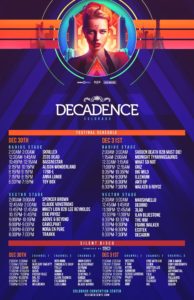 Kicking Day One Off with House Music on Both Main Stages 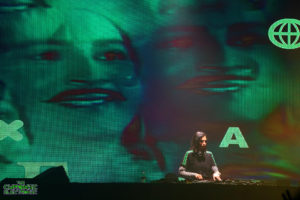 We got in a little past the first opening artists but when Anna Lunoe and Nora En Pure came on we were walking right in. Having entered by the Vector stage first, we had decided to get some of the chiller styles of house with Nora. Her music has vast influences of nature and beauty throughout every one of her releases. After getting some chillness in, it was time to step up the deep house game to the poppin’ bass house with spectacular artist Anna Lunoe! Australian producer and DJ, she has put out some massive works of collaboration with people like Wax Motif, Chris Lake, GTA, and many more! Check out a little clip of her raunchy performance below!

After getting our blood pumping with some energetic bass house, Denver got annihilated with the Colorado debut of 1788-L! This dude has been on straight fire this year, having only debuted his project this year, he has played major performances, including the recent massive, Decadence! He made the Top 12 Break out artists on Billboard‘s EDM and clearly, he deserved it. 1788-L has collaborated with MASSIVE names like Rezz, TYNAN, Blanke, and more! On top of that, his remixes are absolutely banging and his unreleased music is so extremely fresh… so fresh to the point of causing the whole crowd to gasp in awe instantly after the drop! Check out some new music in the video below! 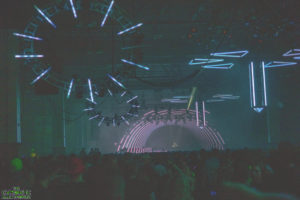 It wasn’t easy leaving the incredible lineup of bass artists on the Radius stage, but when Above & Beyond is in town and they lead into tech master, Eric Prdyz… its kinda a phenomena you can not miss! Especially with the massive production that Decadence has and the notorious Underground vibes throughout it. Above & Beyond never fails to make the vibes skyrocket with love, joy, and pure emotion. Being completely quiet on the mic, they type on the screen to draw unique attention to the music and the moment. (Video posted below of some of the vibes captured on camera of Above & Beyond’s performance.) Directly after their set, Eric Prdyz wasted no time with having a high-intensity build-up intro that leads into tech madness.

Radius Stage Mayhem for the Rest of the Night 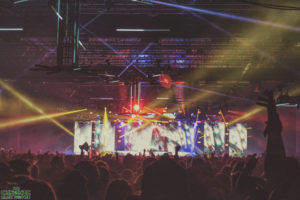 Now being a basshead, it didn’t take long to get naturally pulled back to the Radius stage for the rest of the heavy Alison Wonderland set that lead into the King of the Sound‘s 6th Decadence set, (or Deca-die.) Every year, Bassnectar attracts the majority of Decadence attendee’s to his stage for an hour and a half of pure magical music and this year came to be a rather what a unique performance! He is a master of catering to the crowd and playing an unexpected set. This year we got a beautiful melting pot of music, from heavy wubs, to Drum and Bass, to futuristic sounds, and along with some downtempo parts, Bassnectar absolutely nailed his performance with an ultimate blend of his music with ‘up & coming artists’ and ‘OG producers’ who have influenced this scene for years! Here is just one of the plentiful videos that we captured, enjoy what the bass capital got spoiled with below!

But of course, that wasn’t it for us. Following the King of the Sound was one of the biggest names in dubstep. Owners of the label, Deadbeats, the boys behind Zeds Dead caused a straight ruckus of a party in the city of the Decadence 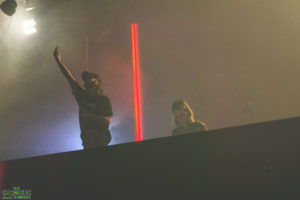 following Bassnectar. They too did not disappoint as they played a beautiful arrangement of music from classic releases, to brand new bangers from themselves and other artists on their label. Seeing all those Z’s get put up above our heads is truly a special thing to see. We couldn’t have been happier to see Zeds Dead in that environment… especially with the last artist who straight SLAYED the last moments of Decadence… none other than Skrillex.

When Skrillex is performing at whatever event he is at, he can kinda do what he wants and in this case, he went over his set time to deliver one of the best performances I have ever seen at Decadence. Now Skrillex did play a couple of those high pitch tribal trap beats, but besides those select songs, Skrillex straight stole my heart with musical enjoyment and a flawless DJ set. We got everything we could have asked for, From “Scary Monsters N Nice Sprites” to an acoustic “Cinema” to a weird take on his remix of Nero‘s “Promises,” mashed together with all of his major recent releases, such as “GOH” with What So Not, or “Chicken Soup” with Habstrakt. Everyone in my group and around us couldn’t stop talking about the nostalgia that came from this performance and for that, we all are beyond thankful for that mind-blowing set from Skrillex!

Walking into Decadence Day two with Decadon, a Colorado-grown artist straight slaying the Vector stage was a beautiful sight to see! We got some headbanging vibes in before heading over to the Radius stage where shuffling ensued. They had Walker & Royce kick off the NYE celebration which leads into the Denver debut of Anti-Up! A straight splurge of deep house mastery sprinkled with wonky bass house. We are saying this now, 2019 is the year Bass house REALLY kicks things up across the states and in Colorado… be prepared for a house takeover! 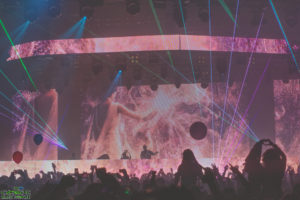 Illenium is definitely at home when he throws down any performance in Colorado and when it is on a stage backed by Global Dance, it is absolutely massive! No better way to end out his magnificent 2018 year than with a set that brought nearly all of Decadence to witness his music and beautiful visuals. He too was on the top 12 breakout artists from Billboard EDM and again, it clearly shows. I have seen a handful of his performances and was surrounded by die-hard Illenials and we all agree on the fact that his Decadence set was our favorite performance of his to date. Not only was he on point with mixing in his music, old and new, and playing other artists ID’s and bangers, but the crowd who came to dance shared a bright vibe throughout the crowd. And when we say most of Decadence was at this set, we mean it. (Our friend was at the other stage and sent us a mind-blowing Snapchat that showed a hundred or so people at the other stage. This just goes to show how big Illenium has become and that his 2019 year will be his biggest year yet!)

When T.O.C plays, you best catch his set to get truly – Totally Outta Control 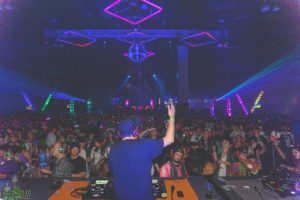 One of our local favorites and a must see at any event, T.O.C! Named Tom, but known for being Totally Outta Control, T.O.C played a prime time set at the silent disco from 10-11pm. The silent disco is definitely the place to be if you are feeling like escaping the masses and indulging on epic local artists and DJ’s. Across three stations a vast range of music is offered, usually House vs Heavy (dubstep/trap) vs trance..and for this occasion, nearly the whole silent disco audience radiated red for the dubstep channel, which was straight loco with T.O.C destroying the decks.

Best of Vibes with the GRiZ Ball Drop 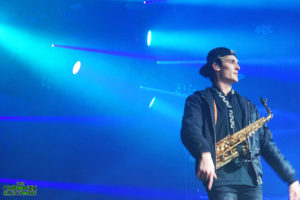 Decadence really outdid themselves with this years lineup (in general) but also for the ball drop. On the Vector stage, house music thrived with 3lau while on the Radius stage, Colorado’s favorite funky and bass heavy artist, GRiZ took us into the New Year. He as always has soothing and attention-grabbing saxophone riffs that match the electronic beats in such a wonderful way and with this performance at Decadence, he had played funk in vast forms of instrumental electronic, to dubstep, to even funk house! Being in an ocean of GRiZ loving funk heads for the last moments of 2018 and the first of 2019 was a true blessing and was unlike any other ball drop in the city of Decadence before! Check out the beauty below!

A Proper Ending for the Massive City of Decadence: Headbanging vs Mainstream

In a matter of time after GRiZ’s performance, the last few sets catered to two major crowds. The headbangers and the mainstream music lovers. On the Radius stage, Denver local Midnight Tyrannosaurus straight annihilated the decks and brought out the headbangers in everyone, including me! Going on at the same time at the Vector stage was Melbourne bounce superstar, Deorro! He had lead into masked phenomena and the last performance on the Vector stage, Marshmello who grabbed a huge majority of the crowd at Decadence, which worked for us bassheads! On the other stage, Radius, a disgusting b2b was rocking the floors with SVDDEN DEATH and Must Die! behind the decks! They chopped, they mashed, and they unleashed some fresh ID’s that all together made up for one of the heaviest sets of Decadence this year and quite possibly EVER! A perfect last set for the bass capital! Check some of the nasty below! Also for you Marshmello fan’s we have a video that you can check out here!

We hope you enjoyed our review of this massive global Dance event, Decadence. It is truly an honor to be able to do coverage at this event and we are beyond ecstatic for what future events lay ahead for Global Dance! Stay up to date by following their socials for the latest on upcoming concerts & festivals! Be sure to look out for each other! This year at Decadence we saw nothing but great vibes (except for a dude who didn’t want to move to let me into media pit, but that’s beside the point,) we love each and every one of you and are thankful to shed sweat with you. ( From the Skrillex speech.) 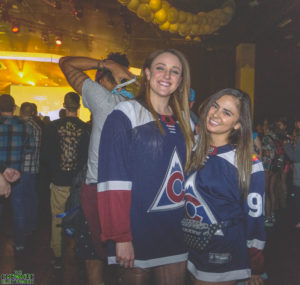