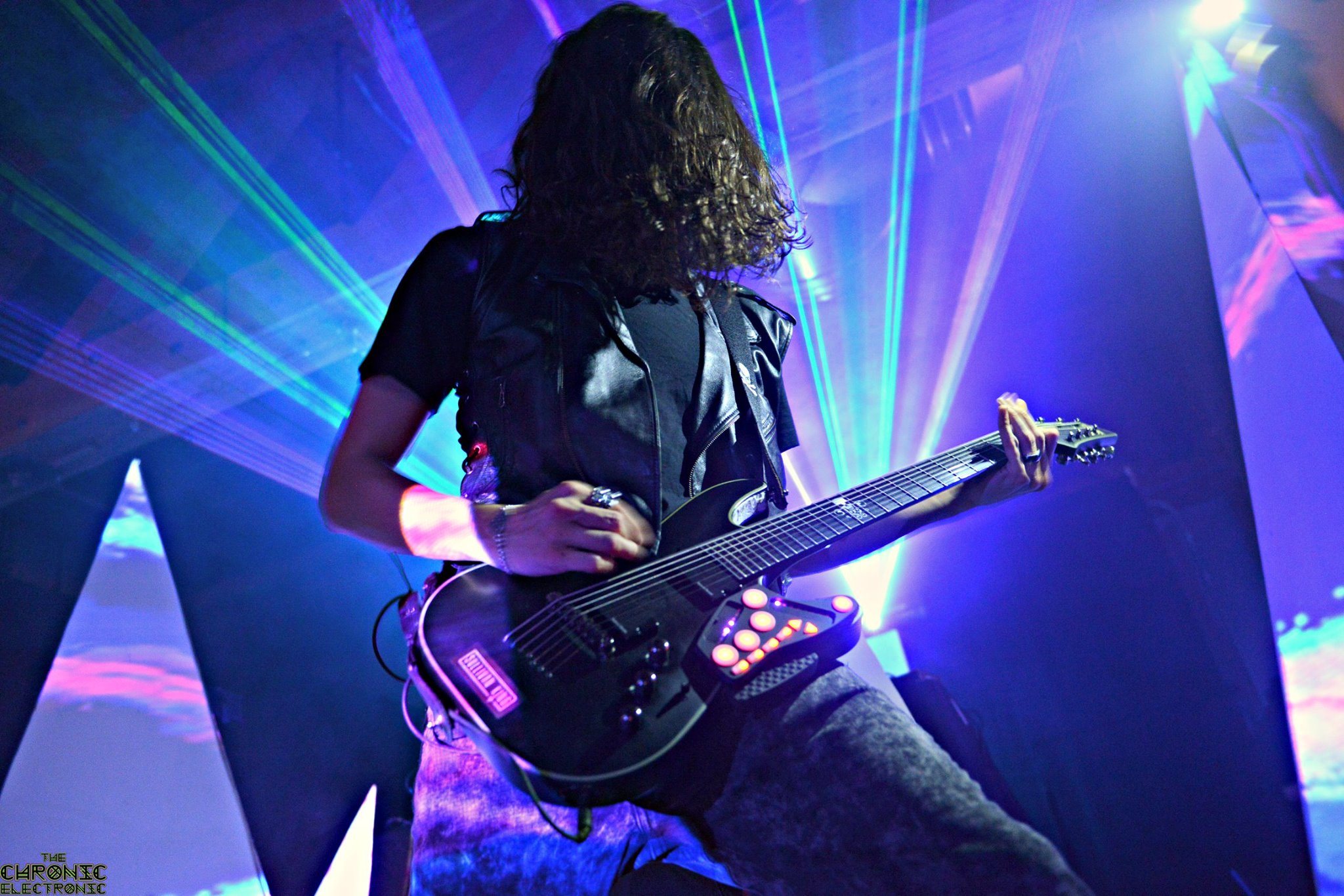 Sullivan King will be here to hit you with a bass fueled dropkick this March 15th and 16th at the 1STBank Center as an opener doing a b2b w/ SQUNTO for the nefarious dubstep legend Excision, who is currently roaming around for his Apex tour. If you have chosen to leave the sounds of hard-rock and metal behind for the finer tastes of EDM, it’s time for you to pick up your stomping boots again because Sullivan King will make you want to crack skulls just like you did when Avenged Sevenfold and Bullet For My Valentine were the fresh faces on the playground.

Los Angeles spawned Keaton Prescott, a one-man multi-instrumental, guitar shredding demon whose bass music took form in 2014 during the release of “Kill It With Fire” which he collabed with Ghastly and was released on Borgore’s Buygore imprint. That was day one of the rapture, now he’s carving a path between genres with his raging formula; One half bass, one half metal. He was the first EDM artist to be signed on with Schecter Guitars and he utilizes his trusty excalibur faithfully with an attached guitar wing that allows him to loop his unholy shreds and cue diabolical effects. King also has a hell of a voice! His pipes give each song a worthy battle-ballad with a range that hits every note with impunity. He is one of very few who have successfully fused electronic and metal into one superheavy amalgamation, which leads many critics to say the same thing: “If DJs are today’s rock stars, then Sullivan King is forging his own rock galaxy,” -LA Weekly (2/19/16). It’s been a steady emergence for Sullivan King since 2014, and 2018 was the biggest year for the fallen angel yet with the release of the Come One, Come All EP that now has its own EP of remixes including one by RIOT TEN (a frequent collaber,) and his electro-dubstep Monstercat single “I’ll Fight Back” which advocates the back-talkers and gives them their anthem.

The emo/screamo hellion is here to bestow his followers their anthems. For the scrappers “Step Back” will narrow your vision for the mosh pit. For the freaks RIOT TEN & Sullivan King’s “Bodybag” will keep the heart rate acceptably high. For the emotionally detached “Don’t Care” will push you through the wounds that are more than skin deep. For the romancers “Madeleine Rose” will have you thinking about that special individual in your life even when the song doesn’t take itself too seriously. And of course all metalheads want to hear a rendition of Flux Pavilion’s “Bass Cannon” using an orchestra of piercing guitars. The King provides.

Sullivan Kings inspirations are time-honored on the heavy metal side; Van Halen, Metallica, Pantera, and stapled legends on the EDM side; Steve Aoki, Avicii, Skrillex. But he is flying his own colors now. There is no one like The King, no artist who sounds as good as he does mending vocals, riffs, bass, metal, and dubstep. With his newly released The Demented EP from Kannibalen Records featuring new styles, a rap appearance by Grabbitz, and an acoustic rendition of “Don’t Care” from his 2017 House of Wolves EP, the archfiend is flexing his creative prowess. We can expect a good few surprises in 2019 from The King, and after his b2b with SQUNTO on March 15th/16th we can promise you will need a neck brace and the 1STBank Center will need to buy new rails. Sullivan King will be taking his throne.