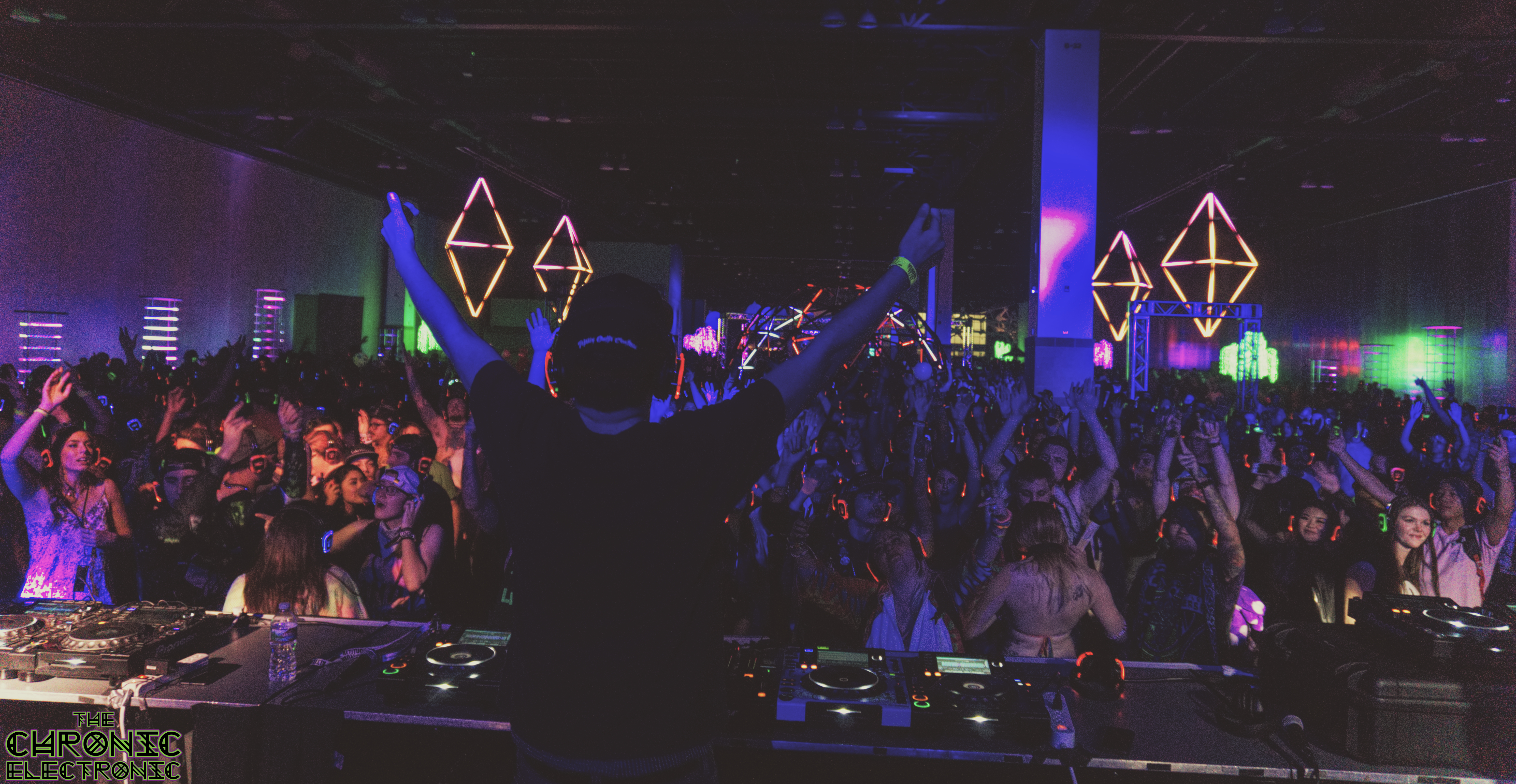 Decadence is quickly approaching their massive 8th annual event and somehow year in and year out they continue to bring in a bigger and better lineup than the previous.  To honor America’s biggest NYE Dance Celebration we have put together a list of top 8 artists that you need to GROOVE to at Decadence. From big name artists from around the world, to 4 out of 12 artists listed on ‘Billboard’s Artists who Dominated 2018‘ and along with a full lineup of dank local artists at the silent disco, This year is an absolute massive lineup! So check out our list of top 8 artists to catch, carefully chosen after 7 years of personally attending Decadence, countless festival & artist experiences, and listening to the artists latest releases, we have put together our list with every aspect possible, including set times. So get ready for the city of Decadence to blow your mind and be sure to experience these magnificent artists!

High energy up and coming electronic music superstar 1788-L is making his Denver debut at one of the biggest platforms of them all. On December 30th at the Radius stage, this Deadbeats signed artist will show us all a new sound that has been popping off in clubs and festivals across the world. A kind of reinvented dark-electro sound with tons more bass and intense sound design. One of the 12 artists mentioned in the Billboard Groundbreaking Artists of 2018 and a must-see for this magnificent lineup!

A local who rocked the silent disco last year and has been truly fucking shit up since then. (Don’t like the language? Well, Good thing it’s an 18+ event.) None other than T.O.C, who is set to get Totally Outta Control with his NASTY dubstep. Being hosted in the heart of the bass capital, I know we love to go hard, so make sure to catch this performance as he will rock the headsets off your noggin and get your head banging.

Denver will be graced with a new duo music project, backed by two legends in the deep house music scene, Chris Lake and Chris Lorenzo who together make Anti Up. Created earlier this year, Anti Up has been a rare occurrence but one that has been rocking select dance floors at clubs and festivals across the world. We, Colorado, are thankful and blessed enough to be able to host the duo for their Denver debut at the mecca of them all, Decadence on New Year’s Eve. It honestly can’t get better than that, shuffling away the last hours of 2018 to one of the biggest and most popping acts in our scene… there’s just nothing better than us… so be sure to experience what is sure to be one of the most grooviest and exhilarating sets in the world of Decadence. And on a production like at Decadence, with pillars of LEDs and insane audio, we just know that this will be THE set to catch at Decadence.

On the 30th, Decadence is ABSOLUTELY stacked with amazing artists and being the bass capital, we are spoiled with some of the gnarliest bass acts. But we are also extremely spoiled with beautiful and heavenly artists with acts like, Above & Beyond, and Eric Prydz (who have both previously played Decadence and should most definitely be seen if you are into trance, techno, and house.) For the first time though, Nora En Pure will grace us with her nature influenced house music for an adventure like no other. This will for sure be the set to catch the calm vibes of Decadence and to kick back and take it all in while still grooving to chill deep house music.

Kicking the pace up a little bit is Australian electronic music superstar – What So Not. He has been on quite the journey over the years playing a wide range of bass music from Future Bass, to detailed trap music, well basically a hybrid of it all. What So Not has truly put out some of the craziest sounds out there with backbeats that work wonders. A couple of his tracks such as Jaguar, or the recent one, “Goh” with Skrillex, have gone viral in clubs, concerts, and festivals across the world. Performing on NYE on the Radius stage, we can expect a beautiful bass-heavy set.

What So Not Soundcloud Link

Another New Years Eve performing artist, Cali born and Colorado Raised, Illenium, will be one of the key sets to get the vibes of Decadence from. Illenium has been on the absolute rise and is one of the most sought out acts for future bass music, in – the – world! Not to mention he has been labeled as one of the Groundbreaking Artists of 2018 by Billboard and with that has had a REMARKABLE year. From selling out Red Rocks and performing with a live band, to performing at Global Dance and countless festivals across the world like; EDC, Coachella, and more Illenium is sure to give one of his favorite cities a performance of our lifetimes.

A sea of 30,000+ hand-formed Z’s is in our future. The mad med behind Zeds Dead will be bringing their Deadbeats sounds too the City of Decadence on the 30th for one HELL of a performance on the Radius stage. Zeds Dead are no strangers to the realm of Decadence as they have performed here back in 2012 and again in 2016 and both times, packed the stage full of Deadbeat warriors. Their glorified and unique dub sound is iconic and groundbreaking as they are definite legends in our scene. Performing on the 30th, along with many other Bass music artists, we are extremely stoked to see Zeds Dead not only because of their insane music production that will be matched by the mind-blowing visual production at Decadence, but because fans of Zeds Dead are some of the coolest and most relatable fans, so being stuck in an ocean of them would be an experience that peaks my interest alone. Be sure to catch them with us as they are one of our most anticipated artists to groove to on the Radius Stage.

Anytime 3lau is playing a massive event in Colorado, it is a must and with this being his SPECIAL performance, in the City of Decadence, on New Year’s Eve at the Vector stage, for the much-anticipated Ball Drop, it would be unethical not to get your groove on in the wonders of 3LAU HAU5! We can only expect pure high-energy vibes from the man behind 3lau HAUS. Native from Las Vegas and a college drop out who pursued his dreams of music production, 3lau has curated movement across the world with his party influenced sounds. So be sure to join us and thousands of others for a musical adventure full unlike any other for what is sure to be one of the happiest and grooviest sets at Decadence.

Be sure to share your thoughts by sharing, commenting, or even emailing! This whole lineup is absolutely nutty, so it isn’t easy putting together a top 8 and honestly, the whole lineup is an honorable mention. If you haven’t gotten Decadence tickets yet, do it before the day of the show to guarantee access to Decadence and a cheaper rate.