Grady Bergin, G-Space, is taking music production to a whole new level with his production company composed of trickers. Yes, trickers. Tricking is, as defined from Urban Dictionary, “A form of acrobatics where practitioners focus mainly on linking together chains of acrobatic kicks, flips, and twists in combinations, or combos.” Not only do they do backflips off the hard ground, but sometimes, such as G-Space has shown us before, he will do a trick while performing live. Run down from the stage, do a trick in the crowd or in front of the stage and then go back to throw down some wubs, truly exhilarating! (Video showing just that is posted below.) Grady has traveled the world tricking and in doing so he has found some trickers who have even more talent hidden up their sleeve. The talent spreads across a wide range from visuals arts to music production and more. Seeing the hidden talent, Grady has put together the forces of multiple trickers to debut his new record label, Iceberg Productions, completely composed of trickers.

This album, No Experience Necessary, goes deep into the bass world with exotic sounds, gnarly design, drums and snares that are nice ‘n’ crisp, and of course all composed with the best of vibes. Starting from the head honcho of Iceberg Productions and trickling down through the artists who released on the album, every person is a genuine soul looking to express their creativity and have fun doing so. This is just the start to something massive from the crew at Iceberg Productions, make sure to hop on the train early and check out their dank music! You can follow G-Space & Iceberg Productions through the links below for more info / to contact. 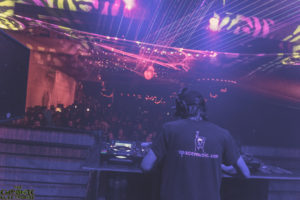 Fan Link to Multiple Listening Sources for ‘No Experience Necessary’