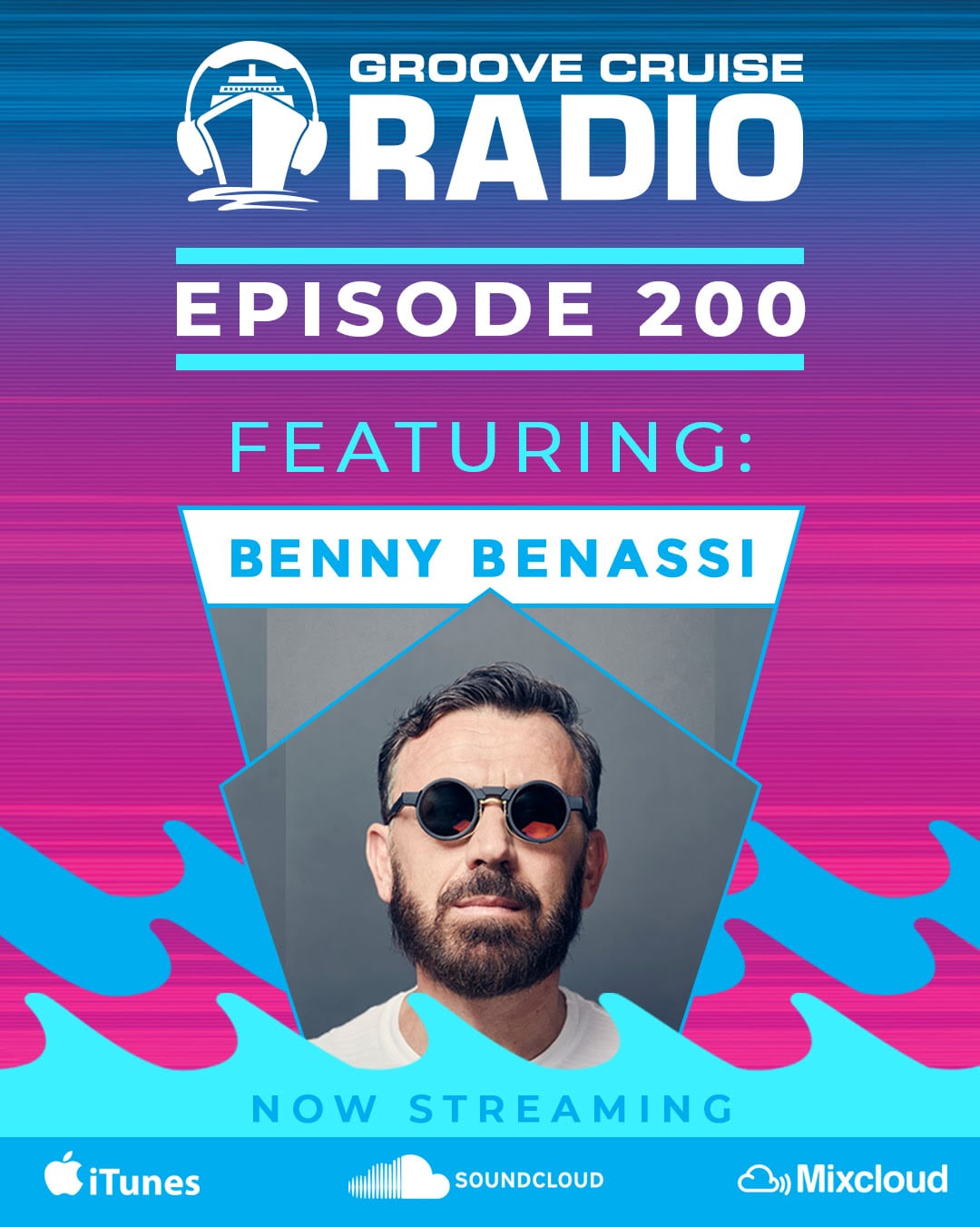 Monumental and historic is an understatement for what the hearts and minds of the crew members of Groove Cruise are anticipating. Not only did they just release their 200th episode for Groove Cruise Radio with upcoming Cabo headliner and revered DJ / Producer, Benny Benassi, but the 30th Groove Cruise voyage is approaching fast and with this mix from Benny, it’s helping the time pass. One of the more iconic names in the EDM scene, known for; “Satisfaction,” “Who’s Your Daddy?,” “Cinema,” and many more! Benny Benassi will be showcasing his musical expertise on the boat but until then, this juicy mix does more than justice. It moves. This mix is packed from start to finish with banging house tracks from progressive and deep to even insane electro. Benny Benassi shows his new sound but also shows his diversity in music with this performance on G.C Radio. Do not miss this bucket list of an experience and reserve your rooms now! Links and more info below along with the 200th episode of G.C. Radio w/ Benny Benassi!

More info about this trip in October, from 10/10-10/14 departing out of San Diego and heading to Cabo, for the first time on the Pacific under WhetTravel, The Norwegian Pearl will be making historic waves as we cruise down to Mexico for an unforgettable couple of days! “Mexico’s famous port of Cabo San Lucas serves as the premier stop for GCFAM, with a private party at Blue Marlin Ibiza Los Cabos at ME Cabo, one of Mexico’s leading resorts, as a marquee event during the voyage. This beautiful venue offers dramatic views just steps away from the pristine sands of Playa El Médano.” Sponsored stages by; Basement Leak, Blue Marlin Ibiza Los Cabos, Coldharbour, Deep House Brunch DTLA, Deep LA, Descend, Drai’s Beachclub, Incorrect, Mixmash Records, Officially Addicted, Random Nights, Stereo Productions, and We’re Never Going Home.