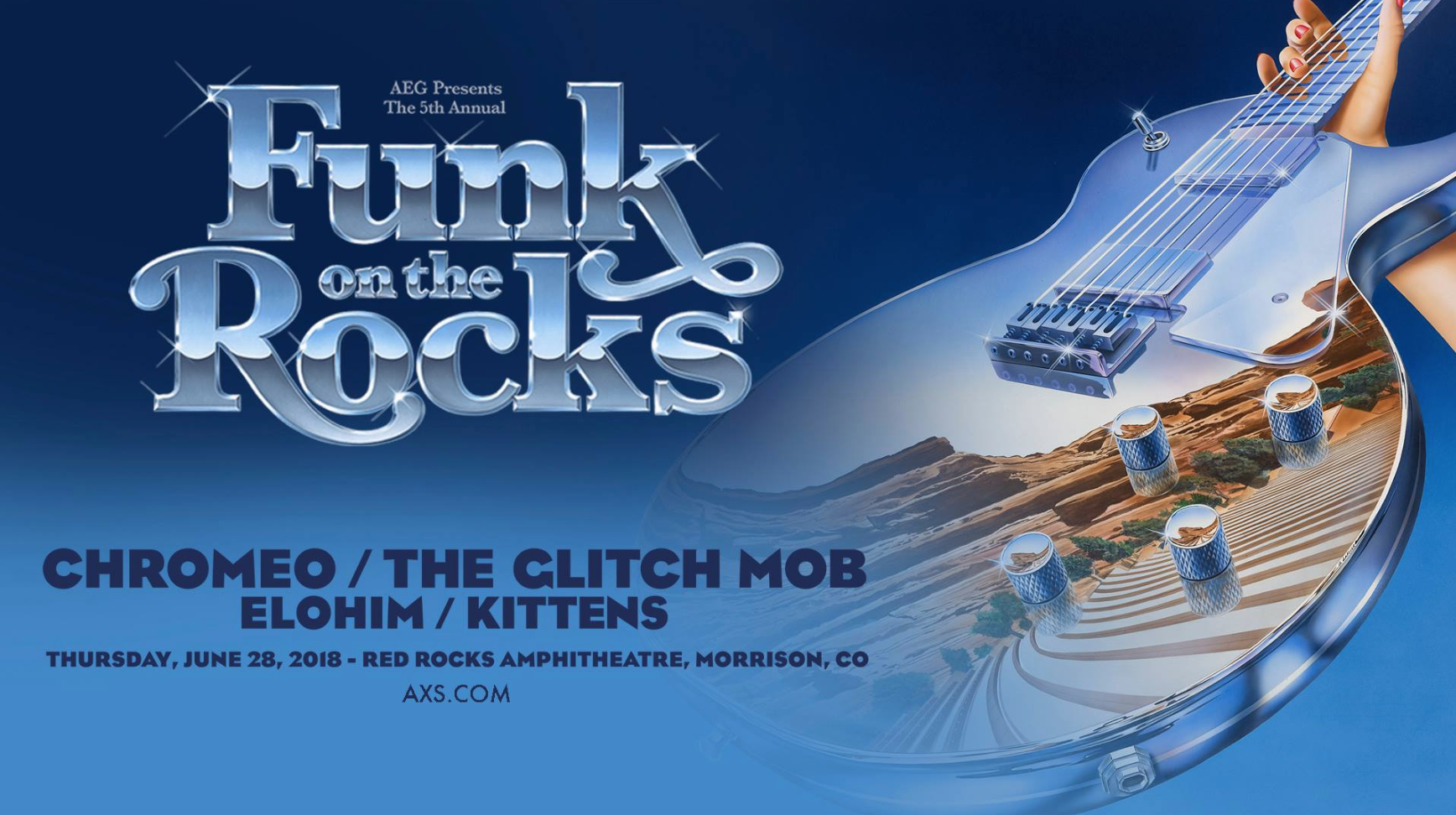 We are quickly approaching the much anticipated 5th anniversary of ‘Funk on the Rocks’ at the legendaryRed Rocks Park & Amphitheater in Morrison, Colorado. This funky night will be taken to new levels of groovy beats with Chromeo and The Glitch Mob as headliners of the event with Elohim and Kittens as supporting acts. Chromeo is a duo from Canada promoting the best through their ‘Romantic Electro Soul.’ “Know thyself, know thy vibe, and stay thy course,” and the vibe that the duo project are unworldly and to be put on an amazing production at one of the most revered venues in the world… is an experience that you can not miss out on. They recently put out an album “Heads Over Heels.” On top of that, the Glitch Mob will be showcasing tons of new mind bending material such as; new stage /instrument production: Blade 2.0, collaborative project with TheWave VR and Strangeloop Studios, and a new album “See Without Eyes” that debuted at #1 onBillboard Dance/Electronic Album Charts upon release.) Click the links for more info / a sneak peak of what is to come this Thursday from The Glitch Mob! Both supporting acts, Elohim & Kittens are female producers who are paving the way for many aspiring DJ’s & Musicians. Producing a wide range of future bass and positive vibed funky music full with soul. These producers will be the perfect openers for this night on the rocks so make sure to show up early! Follow the links below for more info and to purchase tickets if you haven’t already! Don’t know the music from the artists? Check out this mini playlist below!

Funk on the Rocks Ticket Link