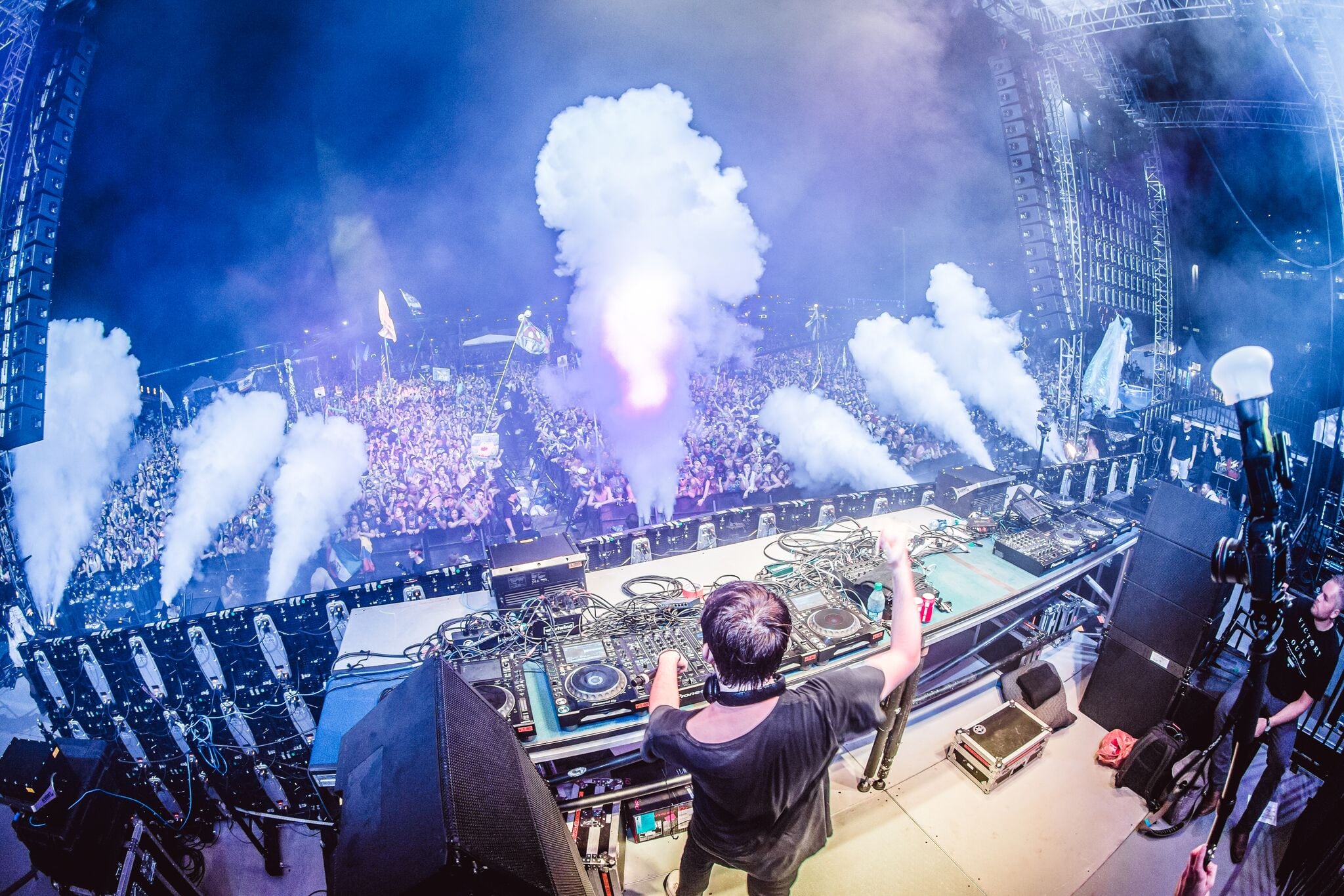 Imagine Festival is coming up fast and immediately after the peak of the festival season. 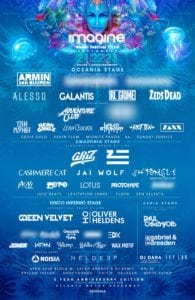 Based in Atlanta’s Raceway, from September 21st to the 23rd, this independently run music festival is breaking barriers and bringing in some of the biggest names in the industry for 3 gnarly days (with camping). Four massive stages plus other smaller stages scattered throughout along with tons of amazing carnival rides, art installations, vendors, and more, this aquatic-themed festival is going to be one of the major highlights of the year. They recently dropped their first announcement which is packed full of talented and revered artists. You can check out the insane lineup in the picture to the right. Click to enlarge.
We are grateful that we got the opportunity to give the founders of the festival an email to get a further look at the festival. Check out this exclusive interview with founders of Imagine, Owners of IRIS Presents: Glenn and Madeleine Goodhand.

What are one of your favorite aspects of y’alls creation – Imagine Music Festival?
The lineup – each year we think to ourselves how are we going to beat last year… but still it keeps getting better and better.

How was the journey of being an independently grown festival? How did you accomplish that?
It’s been a long journey with many trials and tribulations. Certainly, it has not been easy. We have an incredible team who have poured their blood, sweat and tears into the event. Furthermore, this festival would not be here today if it wasn’t for the dedication, love and support from our local fans and vendors.

It’s Sunset and there is tropical/deep house playing on the Disco Inferno stage, dubstep on the MainStage, funk at the Amazonia, and DNB at the Aeria, where would you most want to be?
It’s a toss up between Disco Inferno and Amazonia – the vibes there are thick.

The 5th year Anniversary is a major milestone for Imagine.  How do you plan on making this year more popping than the last?
We are going to start out with one of the biggest lineups we have ever had, to follow that you will witness more custom stage designs that will make you feel as though you have entered an aquatic wonderland. We will continue to improve on the guest experience with more camping activities and services. You will also see improvements to the site that will create better flow and shorter wait times.

Looking back over the past years, what were your favorite acts?
There have been so many great sets over the years, it’s hard to say. Our first year I’ll never forget listening to Adventure Club and Destroid and thinking wow this is really happening in Atlanta. The following year Glitch Mob and Tipper stole the show. Last year Pretty Lights and Leah Culver were incredible, and how can you forget Claude Van Stroke closing out the whole festival at Disco Inferno. I’m sure each person has an act they will never forget, the artists really bring it to Imagine.

An Aquatic Fairytale is a very interesting concept for a festival.  How did the theme evolve?
The artwork for the first event inspired the theme and it has stuck ever since. It’s fun to see our guests dress up as Mermaids and become part of the event – the fan participation makes the experience that much cooler and more fun.

Last but not least, what concert or festival inspired you guys to create Imagine Music Festival?
Imagine Music Festival has drawn inspiration from many incredible festivals. We like to incorporate aspects of Burning Man, Electric Forest, and Tomorrowworld while creating our own lane and hopefully inspiring others.