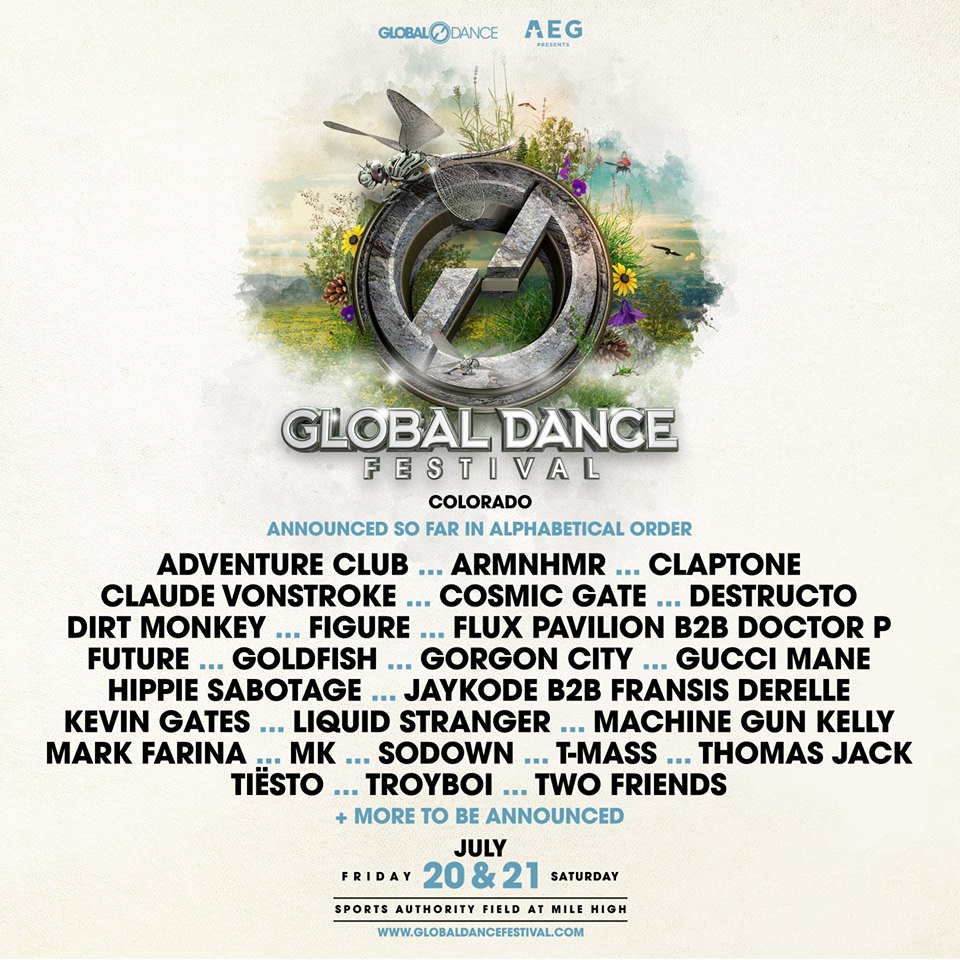 Colorado’s biggest electronic music festival is coming back to the Mile High Stadium for their 2nd year at the Sports Authority Field. Global Dance Festival is making their triumphant annual return by booking some of the biggest names in the electronic music scene along with ‘up and comers’ who are producing some of the most fire beats and bringing them to some of the biggest and most vivid stage production in the Rocky Mountain Region. After a completely ‘mind-boggling’ successful year last year with day 2 selling out, Global Dance has announced some new additions to this year’s event. They are bringing in another stage which will allow for even more music to be heard and with that addition comes diversity. GDF has always been Colorado’s festival for EDM but now with times changing and a good percentage of our remixes coming from Rap music, Global Dance has added 4 major named rap artists to the already stacked lineup! Changing things up will be, Machine Gun Kelly, Future, Kevin Gates, and Gucci Mane. (You can check the rest of the lineup above.)

Global Dance Festival, as usual, is tending to the masses of the EDM scene by booking crowd favorites such as Adventure Club, Flux Pavilion b2b Doctor P, Thomas Jack, and Tiesto while booking some names that people may not have heard before such as Two Friends, Claptone, Goldfish, or Sodown, but rest assured, they are some awesome additions to this lineup as they all offer a vast range of music. This whole lineup is stacked from start to finish and there is still more to be announced.
Oh and not posted in the picture above is the most recent announcment,

deadmau5 is coming back…
but With HIS CUBE 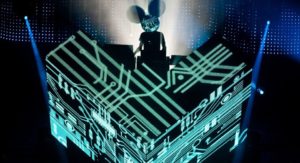 This with the insane production from Global Dance… it’s just .. is it even fair? We truly are getting blessed with one of the best lineups from any day festival in the states. Do not miss out on this epic two-day event from July 20th and July 21st! You can grab tickets below and listen to a playlist with the artists announced so far in it!

“Take your GDF experience to the next level as a VIP. Enjoy all that GA has to offer, as well as several additional amenities and exclusive access to the Global VIP Village. Single-day and Two-Day VIP passes are available to patrons 18 years and older. Payment plans are available.

Experience Global Dance Festival in the most glamorous fashion over two days with the new Diamond VIP Pass. Enjoy exclusive access to hang out backstage along with the other amazing VIP perks.”