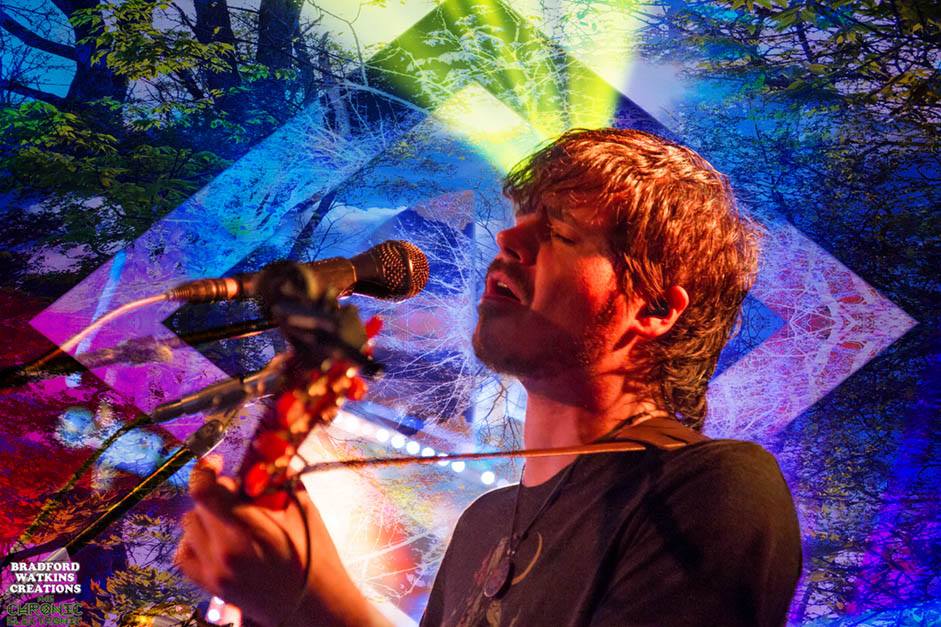 Gem and Jam Festival is quickly approaching and it is only a week out! Hosted at Pima County Fairgrounds, in Tucson, Arizona, Gem and Jam Festival is on their 12th annual event! They have an outstanding lineup from start to finish that completely embodies the vibe of Gem and Jam, but there are 10 artists on our list that you can NOT miss! Check out our list and make sure to grab tickets if you haven’t yet! You can find them below as well as the schedule so you can get your proper planning on for this year’s Gem and Jam! 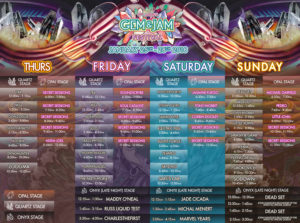 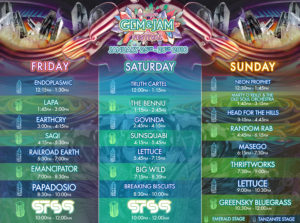 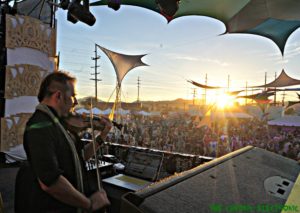 Kicking it off with one of the most anticipated sets, the brilliant and masterful violinist who produces “Sexy Vampire Bass Music,” Govinda. He blends the psychedelic electronic / psytrance music with a beautiful violin, that blends together for such a unique combination. He has been playing the violin since the age of 8 and with that much expertise seeing rip it on stage is just something else. Govinda also loves incorporating vocals into his psy-bass songs which just adds that extra sexy and mind-melting factor when listening to his music. That isn’t enough for ya?! Govinda LOVES having an exotic and eye catching stage presence with talented performance artists that vary from fire arts to contortion, to choreographed dancing and so much more. His fiancee, Jordan, leads the team of the intense performers and with the love that Jordan and Govinda have, the energy radiates throughout not only the other performers in excellent execution in performance but throughout the crowd emitting only the best of vibes. This will be their biggest year yet as their crew grew even bigger and Govinda has been dropping some gnarly tracks. Check out this different and bass heavy track by Govinda that recently came out, Transcendence: The Moon.

This renowned jam band is hitting the desert and closing out the Emerald Stage, one of the two main stages, for two nights in a row. STS9 has five people all of which are synchronized in such a beautiful jam, they graze electronic beats with their epic talent with instruments but keep it alive with that jam band feel. They were one of the first major Jamtronica bands that hit the scene in the early 2000’s and since then have been getting people moving their feet and grooving to their music. Check out one of our favorite jams that we have seen and make sure you catch both sets!

One of the biggest up and coming producers in the scene, Jade Cicada. He will be bringing the swarm to Gem and Jam’s after-hours stage which is perfect for the night gremlins who want to keep the vibes alive. Jade Cicada has extremely detailed audio production in which his sound is like a psychedelic glitch bass type of beat, but within the ranges of 80-110 bpm, Jade Cicada has the sound that will keep you moving throughout the late hours of the night. He kicks off the Onyx Late Night Hours stage on Saturday, don’t miss out on being apart of the swarm!

Gem and Jam truly do pride themselves on the blend of electronic and jam and with Papadosio closing out the Sapphire stage on Friday, they will showcase their all improv set. They break down into electro-instrumental jams as they vibe off each other, the crowd, and of course, incorporate their outstanding musical expertise and play their renowned songs but change it up keeping it fresh and unique every time. As it is one of the first major camping festivals of the year, we can only expect that Papadosio brings nothing but the best and will be a performance you can NOT miss!

Sometimes you have to change it up and that is exactly what this artist, SoDown does. Playing the saxophone but producing highly energetic, bass-heavy and funky music, SoDown keeps it fresh with mind-altering beats that go between funk and grimy bass. Coming from Boulder, Colorado, SoDown will take down the last performance at the Quartz stage in a whirlwind of epic dance music that you will want to catch to make sure you get that full Gem and Jam experience! Here is the most recent grime from SoDown:

Awh yeah, Michal Menert will be taking the after-hours stage following Jade Cicada. Nothing but the SuperBest vibes come from this skillfully talent ed vocalist and songwriter. Creating a vast amount of funky songs over his years, Michal Menert has grown his library of music into an incredibly beautiful collection. Each performance is absolutely catered to the crowd and is an outstanding and different performance every time. We know that this will be a set that you can not miss out on!

Colorado Grown, The Party People, offers some of the funkiest bass music as they have a talented MC and two crazy DJ’s who go ham on throwing down beats and mixing in some of the popular music today then changing it up into an absolute funkadelic breakdown. This upcoming group is set to kick off the vibes of Gem and Jam in the Thursday Pre-party!

Another up & coming artist that offers nothing but the best. Maddy O’Neal is determined to continue killing the game.  She aims to be a female leader in a male-dominated electronic genre. She has Rock ‘n Roll roots that dig deep and are clearly expressed in her music. Not only that but she throws down the bass hella hard while keeping it groovy with funky and bluesy music. Don’t miss her on the first night of the late night hours!

We love the funk and Lettuce absolutely loves performing some of the best funk around. In this 7 person band composed of “Adam (Shmeeans) Smirnoff on GUITAR, Adam Deitch on DRUMS, Erick (Jesus) Coomes on BASS, Ryan Zoidis on ALTO, TENOR and BARI SAX, Eric Bloom on TRUMPET, and Nigel Hall on ORGAN/KEYS/VOCALS.” Lettuce is made up of some of the biggest and most talented musicians in the scene right now and with two sets booked for Lettuce at Gem and Jam, we can guarantee things are gonna get funky!

This rare chemical phenomenon of talent is coming to the west for the first time. [Br]eaking [Bi]scuits, composed of Adam Deitch and Borahm Lee of Break Science and Marc Brownstein & Aron Magner of The Disco Biscuits. They will be hitting the west for the first time as this epic collaboration. This will be a must see as no one really knows when or where this will happen again! So make sure you get to say that you were part of the [Br]eaking [Bi]scuits experiment at Gem & Jam!