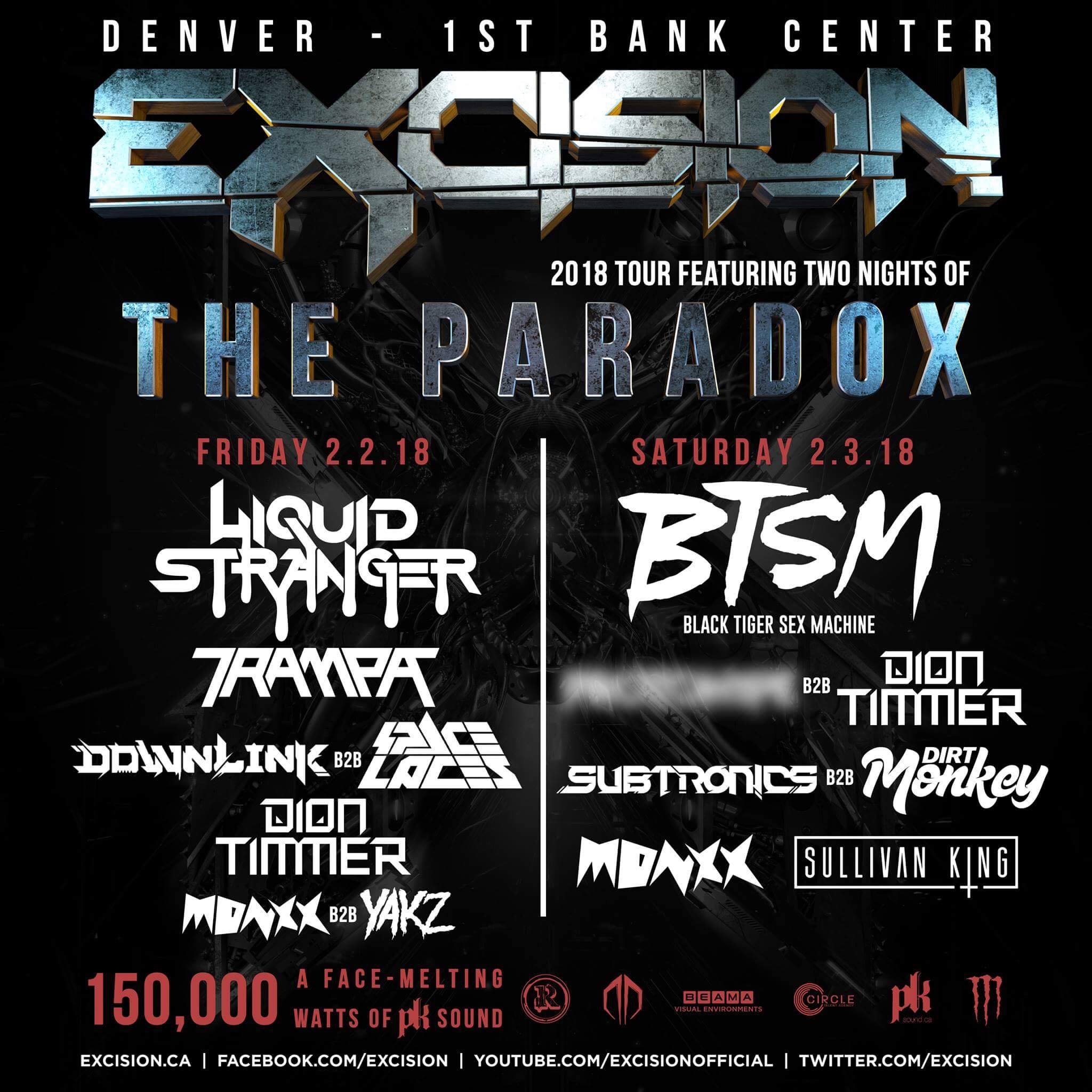 Excision has recently announced his highly anticipated Paradox 2018 Tour Dates. Liquid Stranger is the main support act but with Denver being the bass capital, two nights of filthy headbanging electronic music will be coming to the 1st Bank Center, (in Broomfield,) Feb 2nd and Feb 3rd! Now, while there are other locations with two nights, the booking for the Denver show is just insane! Check it out above if you haven’t already! With that lineup on 150,000 watts of PK Power, its gonna be just a radical time!

Check out other Paradox Tour Dates Below if Colorado is too far for you!

But for Denver… Absolute madness for both days!

While on the second day, The Paradox will be going to Church with, Black Tiger Sex Machine as direct support followed by what looks like Protohype (not announced for now) b2b Dion Timmer, Subtronic b2b Dirt Monkey, Monxx, and the metal head Sullivan King. 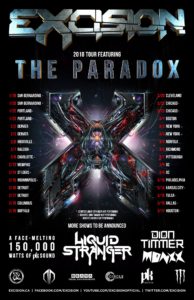