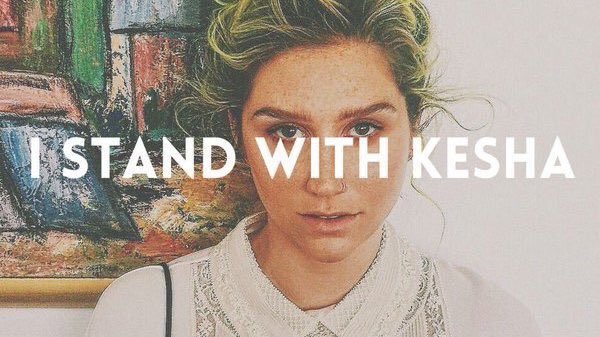 Kesha Rose Sebert has been a performer since age 15. She grew up around talented musicians and showed the promise of being a vocal virtuoso at a young age. She emerged on the pop scene after years of backup singing. She was immediately marketed as an absurd, unabashed party girl. In an early interview she says, “Honestly I just want to stand for complete irreverence.” Kesha describes herself as an “anti-pop star” and someone who showers infrequently.

At the ripe age of 18, Kesha moved from her home in Nashville to Los Angeles to pursue a shiny record deal with Lukasz Gottwald of Kemosabe Records. Gottwald is a producer known under the pseudonym “Dr. Luke.” Four years later, her big break came; She was featured on a popular hip-hop track. She was never credited for her work.

Kesha produced her first single with Gottwald and his production company, Kemosabe Records. It topped the charts for 9 consecutive weeks. Fast forward to 2013, the anti-pop stars second album is released and fans are enraged. What seems like a mystery to the general public is quite clear to Keshas loyal supporters. Her image is a marketing ploy, and this ploy becomes progressively more damaging with the passing of time. When Rolling Stone asked Kesha if she had any creative control when it comes to her music she replied, “Not really.” For the entirety of her career with Gottwald, Kesha allegedly underwent insidious and emotionally devastating abuse.

A year after the release of her second album, she checked herself into a rehab facility. Upon her release, she wrote a personal essay in Shape magazine. This essay addressed her eating disorder and showcased a talent for writing. This isn’t a surprise considering the sheer volume of music Kesha has been responsible for writing – credited and not. Kesha wrote for the likes of Alice Cooper and Miley Cyrus before her rise to fame.

In October of the same year Kesha filed a civil suit against Lukasz Gottwald. She alleged that over the last decade, Gottwald drugged, emotionally and sexually abused her. Gottwald responded by filing his own suit. He proclaimed that Keshas accusations were “shocking,” and “false.”

Early last year Kesha filed a request to immediately end her contract with Lukasz Gottwald and Sony music Entertainment. Sony is the umbrella company that owns Kemosabe Records. This contract binds her to producing music exclusively with the company with little creative control. Her request was denied. After the suit, Gottwald was removed from Sony Music Entertainment as well as from their website. While this is true, Lukasz Gottwald is still employed by Sony, and is thus still capitalizing on Keshas continued success. 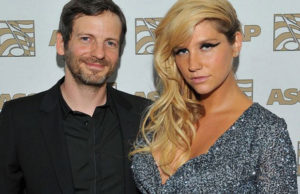 This is when Keshas abuse comes to the public eye, but in reality, Kesha lived this horror for a decade before anyone else knew or seemed to care. This horror consisted of abuse and a draining legal battle.

In April she appealed the decision in a second attempt to break her contract with Sony. A judge ruled against the appeal later that month. About a year ago, Kesha dropped her civil suit, but the battle is far from over for her.

“Once you work so hard for something, to have it taken from you is devastating,” Kesha said to Noisey in Nashville. No matter how much of her music you know, her character is transparent in interviews.

In one instance she sighs sharply, remembering the horror of the past ten years. The interviewer asks is she needs to sneeze and she replies, point-blank, “No, I’m going to cry.” She composes herself quickly and speaks eloquently and honestly, showing a remarkable vulnerability that is empowering and refreshing. Most of all, it is surprising.

Kesha has endured an array of abuse, which has been broadcast to the public eye, and it hasn’t hardened her. This is incredibly inspiring. Her vulnerability is paired with a strong confidence. She knows she is talented, and that makes the adversity she faces even more sobering. On July 6 Kesha released praying, produced partly by Ryan Lewis. She begins the ballad with an expert from a second personal essay of hers. An essay where Kesha reminds us that she is a talented writer.

She speaks openly and unapologetically about being depressed. “Am I dead? Or is this one of those dreams? Those horrible dreams that seem like they last forever? If I am alive, why? If there is a God or whatever, something, somewhere, why have I been abandoned by everyone and everything I’ve ever known? I’ve ever loved? Stranded. What is the lesson? What is the point? God, give me a sign, or I have to give up. I can’t do this anymore. Please just let me die. Being alive hurts too much.”

When Keshas request to end her contract with Sony Entertainment was denied she cried openly in the courtroom. The harrowing reality is that Kesha is living a nightmare, one that a plethora of others go through. This difference being that their experience has some semblance of privacy. Kesha is experiencing a public airing of her deeply traumatic personal life. She is denied justice and exploited, to which she responds with pure vulnerability and most of all, resilience.

Keshas newest album, “Rainbow,” was released on Kemosabe Records. According to Gottwalds lawyer, though he is no longer CEO of the company, he still had approval on the album. Dr. Luke has an ongoing defamation and breach of contract claim against Kesha in New York that his lawyer said, “will be prosecuted fully.” The release of Rainbow is a victory and a battle won. It showcases her vocal abilities, and is a warm comfort to those in similar situations, while being a cathartic manifesto for Kesha. It is a raw depiction of the artists rise from the ashes, but we cannot forget that the war is not over for Kesha. 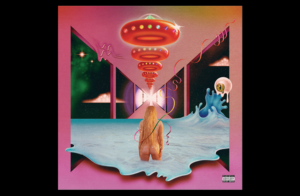 After dropping her civil suit, she held a fan close, looked them in the eyes and said, “No, no. I’m not free. Don’t think that, because there’s still a lawsuit. I have new music. I — ” And stopped herself, hugging them tightly. She later told The New York Times, “They were like, oh, my gosh, you’re free and I was like, No, sweetheart, I love you, but no, I am not, and I don’t know where you got that information.”

She still preforms with a gusto you wouldn’t expect from someone who has been through a self-proclaimed hell. She commands a room, full of power and energy, shouting to a crowd on one tour, “f*** my lawsuit!”If you decide to purchase Keshas newest album, Rainbow, you will still be contributing to Gottwalds paycheck. Kesha is finally able to have some creative control over her music, but it still requires approval from the person who allegedly abused her. Kesha has found her voice, and it sounds great, but now we will have to do the same.

Kesha is unable to independently release music. This means she isn’t capable of making an income sufficient enough to cover continued litigation with Gottwald. With her image being processed and controlled by Kemosabe Records for so long, we have grown to dehumanize Kesha.

Because Kesha was marketed to us as a party girl, we don’t view her as credible. That is a creeping fact of society, and we need to actively work against it. There is no perfect victim and it seems clear what torture Kesha endured. The reality: a large percentage of the woman around you have been victims of sexual abuse akin to Keshas. We have to start believing them. A study done by RAINN concludes that only 2 percent of sexual assault allegations are false reports. This is the same amount as other felonies. It’s doubtable that you’d ask someone who’s home had been robbed what they were wearing, so why do we constantly question the victims of sexual assault?

Our complacently is the enemy. Kesha is a metaphor for the dichotomy of female credibility when it comes to the mass of invalidated victims of abuse. She is a modern woman, transparent and acting with integrity, and we need to start taking her seriously. 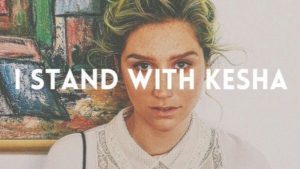