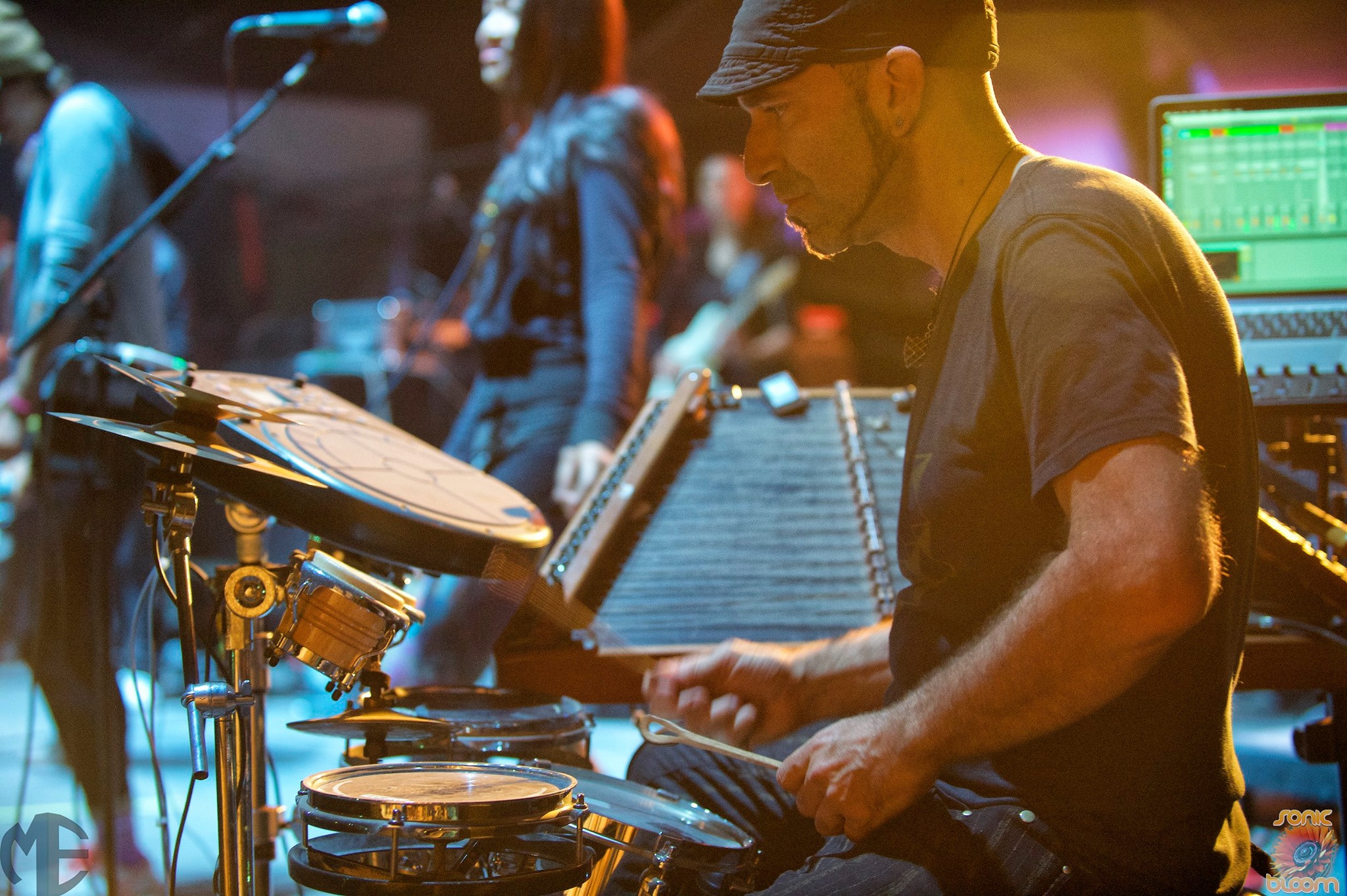 The other day, I got the amazing opportunity to do an exclusive interview with Jamie Janover. He is one of three musicians who founded Sonic Bloom 12 years ago with their band Zilla. The band members are Jamie Janover, Michael Travis, and Aaron Holstein. Year in and year out Zilla – the Co Founders of Sonic Bloom – put together maximum effort to create an epic music, arts, and camping transformational festival that enlightens the attendees and brings together a beautiful community. This gathering is based on bringing Premier Electronic Music to Colorado and the Unified Field Theory, a theory presented by Jamie Janover each year at Sonic Bloom and across the world. (Can listen to his theory in depth filmed by Gaia at Sonic Bloom last year.) In this interview we cover the past, the present, and the future of Sonic Bloom, his views on Artificial Intelligence, and more. Enjoy! 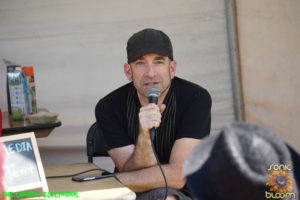 Sonic Bloom is in for an outstanding 12th year. How do you think this lineup compares to the previous years? I think this year has really good, strong, live elements. We are really excited about Gigantic Cheese Biscuits, these guys are all in amazing, significant projects and it is great that they are doing this first-time-ever collaboration. I am also excited about some of the other music, Tauk and HÄANA are playing, there are a bunch of violin players this year, HÄANA, and Lapa, and Plantrae, all 3 of these electronic artists accompany their tracks with live violin. I am into the string instruments.

Talking about incorporating instruments and electronic music, will you be releasing the lineup for the Sonic Bloom Orchestra soon? Actually, we are keeping it a surprise! It is safe to say that is will be diverse and have a lot of people.

With Zilla being composed of you, Michael Travis and Aaron Holstein, who are also the co-founders of Sonic Bloom, how does your music impact the festival? Well we come at it from the spirit of all improvisation. From Eoto and Praang. Which is, Eoto, myself, and Steve Kimock. All three of those projects are improv and have a similar ethos, trying to play music that is in the spirit of electronic music, but obviously playing it live. So, taking from the jam band tradition and applying much of the principles of improvisational music that is handed down, from ancient lineages of African music and Indian music to jazz. Then ultimately into jam band music and applying all of that to the ethos and sounds that come out of modern electronic music.  Music that is mostly made from computers and people on software. Different way of producing, but playing live with that in mind.

Over the 12 years of Sonic Bloom, what is one unforgettable memory that you will always remember? Oh man…. I’d say conducting the orchestra.  Because it is so different and unique, so there have been many [memories]… the finales of those are always fun and ridiculous.

Can you give us more insight behind the Sonic Bloom Academy? How do you think that directly affects the person attending? Well the Academy is a way of going super deep into your personal process. It’s pretty different from the festival. The Academy is like a long-term workshop, you have plenty of time to sink into the landscape and really observe the nature. It’s not so much about watching or being entertained, it is more about creating stuff and diving into practices. Especially with the Ableton Live Workshop that’s going to be next level this year. Because last year was awesome! The first year we did it, people really enjoyed the workshop! They made a group track and people in the class are staying in touch, and because of that a Facebook group formed. It really inspired a lot of folks to make music. That is a way to show up onsite 3 days before the festival and by the time the festival starts you have a track of music that you have made. I was imagining, how that would be, to come in, and maybe you don’t really know how to use Ableton, but then 3 days later you are listening to the people playing at the festival thinking “I wonder if they used compression on that. Or I wonder what Synth they were using for that sound.” It changes the way you perceive the whole festival.

What exactly is the Unified Field Theory? How do you think that correlates with Sonic Bloom? In a nut shell, the Unified Field Theory is a set of information that explains the entire universe. It shows how everything in the universe is a unified connected whole and the details surrounding how that works. It is very ornate with tons of information that comprise the Unified Field Theory. Basically, it manifests itself into the festival in that we are trying to unify the vibe of all the people that are participating, and that would include every single person. The idea is try to express as many forms of human creativity as possible, at the same time at the same place. When you do that, you get a really cohesive vibe going and “unify the field”… our own personal fields, in the greater context of the field that exists everywhere, the thing that we call Space.

The Bloom Crew stated very clearly what is allowed and what is not allowed at the festival. With that being said, the marijuana movement is growing more and more each year. Yet it still a schedule 1 drug. Do you agree or disagree with it still being scheduled like that? And do you see a day where marijuana can be “legally” consumed on festival grounds, at music, instead of back at the camp-site? I think that is the trend that we are seeing. It’s only a matter of time before all of our policies start to reflect the data and science. Without going into all of the history, there were a lot of political reasons why it was made a Schedule 1 drug. A lot of misinformation drove that decision. It was cemented into our society in a very unfortunate way and it has ruined a lot of people’s lives. Now we know for a fact, admitted by the US government, that there are medicinal uses for marijuana. That is one of the criteria for Schedule 1, that it DOESN’T have medical value, so the government has already contradicted itself. It’s just a matter of time before that gets sorted out! I didn’t expect it to begin to happen so quickly in my life time.

Does any sacred geometry influence your music directly or indirectly?  Whether people are aware of it or not, there is this structure to that thing we call space. And it is not random. There is a very specific geometry where we see the universe manifesting. That is part of what is so essential to the Unified Field Theory – the structure of space. I would say that influences my music. I intuitively was tapping into sacred geometry before I cognitively or intellectually understood what it was, or why it was influencing me. If anything, it is just a matter of realizing yourself more – why you are already doing these things. You start looking at things like cinematics and you see the direct connections between the geometry and the frequency. Which is of course what musicians are doing, they are using audible frequencies. They all relate to various geometries. You can see that through the visuals that cinematics gives us.

Robots are expected to take over the majority of entry level jobs within the near future.  Do you see AI impacting the music festival business or music business and if so how? It could influence it in cool ways that would open up more levels of creativity. It could also help streamline and make more ecosystems in the festivals. But I don’t see AI taking over the creative aspect. People will not accept the idea of music that is being performed by a computer without a human. Some of the most important aspects of music is the interaction between human and human at the festival.

Last but not least, congratulations on being a collaborator with Global Eclipse Gathering. This is massive! What are you hoping to offer to the festival? Those guys are old friends! The Symbiosis folks started the year before Sonic Bloom, and Zilla played at some of the earlier Symbiosis festivals. Then they started doing international events. Sonic Bloom is hoping to bring the Colorado vibe to Oregon and be a representative of the overall scene. As you know, they are coming from all over the world. We are really honored to be collaborating with that collective with some of my favorite festivals! We are going to be cross pollinating with all of these people, with different cultures. Helping to make more connections, not only across the scenes in the states but with all the people coming from overseas. It is going to be one of the most diverse events, in terms of people, ever in the history of festival culture.

Yeah it was crazy seeing the ticket sales go to over 65 different countries!

Yeah those guys did a cool thing by releasing the trance lineup first. You know trance is the biggest electronic music genre in the world and they released that ridiculously stacked trance lineup! Then all of the Germans, Russians, Israelis, South Americans, they said “Oh sweet, FINALLY, there is a really cool trance festival happening in the United States… with an eclipse! I suppose we should finally go to the United States.”  I have a feeling that there are A LOT of people doing that, which is awesome.

Do you see the current political climate, with Trump being President right now, affecting any of those people who are traveling into the US for this festival?

It probably affects the way they feel. I know that overall tourism in the United States is down from this period last year. I don’t think it is a mystery as to why. But I also feel like the people that want to go to the Eclipse Festival are going to go. They are not ‘not’ going to go because they are scared. They are on a mission and they aren’t going to stop for what’s his face… I don’t even wanna say his name. (I suggested “Orange Sphincter”) Haha yeah right!

Thank you Jamie for taking time out of your day for this very enlightening interview.

Sonic Bloom Tickets are on sale grab them here

Shout out to Hummingbird Ranch for providing to us an amazing and beautiful location. PLEASE KEEP THIS LOCATION CLEAN AND PICK UP AFTER YOURSELVES AND OTHERS! WE KEEP THIS PLACE CLEAN BECAUSE WE RESPECT THE GROUNDS, HUMMINGBIRD RANCH STAFF, SONIC BLOOM, AND MOTHER EARTH!

*Huge shout out to Jamie Janover and the Sonic Bloom crew for putting together one of the most organized and well put festivals in the nation. Also shout out to Sheree for this opportunity and without her help, I would not be covering this event. Thank you guys and see y’all soon at the Unified Field!* 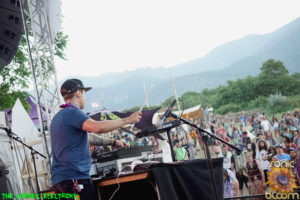