Euphoria Music Festival has released their full 2017 lineup and what a crazy lineup they have in store! Every act that they have booked is going to be a euphoric set that will set the vibes to a new standard at Euphoria.

But this isn’t about the headliners. This is about the music you discover at 6 o’clock in the afternoon, before night has even fallen, or the music you stumble upon when needing to get water during a main stage performance. Euphoria has so much music for all the attendees to discover and this is one of those artist’s that you will HAVE to see at Euphoria, whether you know his music or not! The Widdler moves people through sound, not hype. His music production has a spacey, old school dubstep feel to it with modernized samples and beats throughout it. Living in Austin, Texas currently, he has been exposing the scene there to the freshest dubstep and because Euphoria is set in Austin, he is sure to have a huge outcome in the crowd and will play a unique set for the attendees of Euphoria! Having producing music since he was 10 years old, he has become a veteran in making electronic music and has been called an innovator for the original sound of ‘dub’. He has played with acts such as Doctor P, Reso, Ganja White Night, and Tipper. 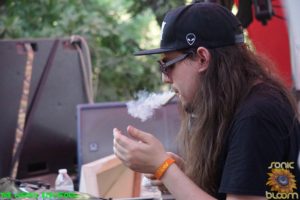 Check out some of our favorite tracks from him below!

Euphoria tickets are still on sale – grab them below