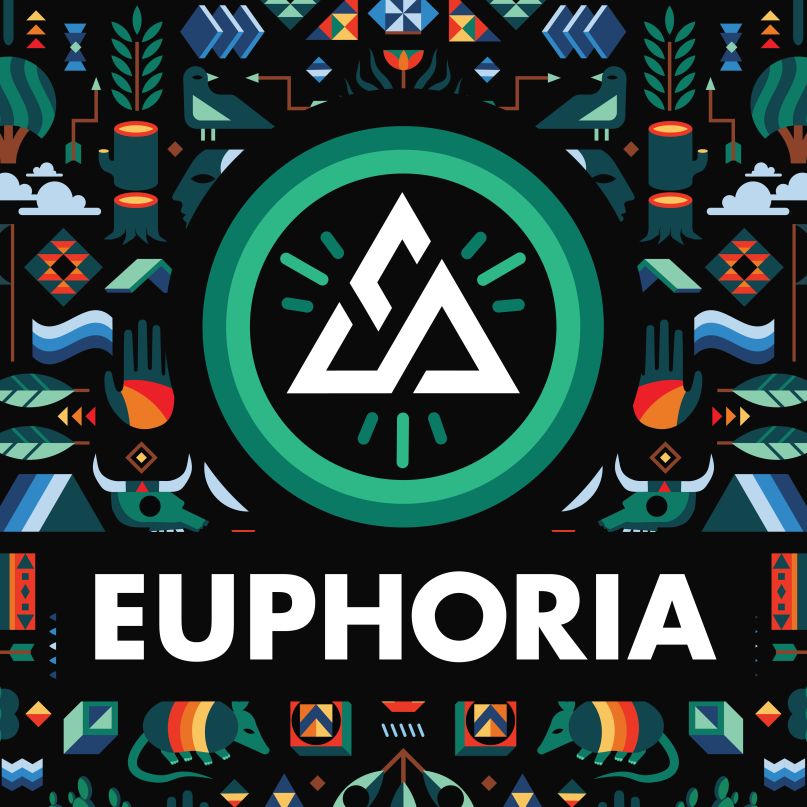 Euphoria Music and Camping Festival has truly outdone theirself this year for their 5th anniversary and it shows with their exceptional lineup! This year they are making it known that Euphoria is an extremely special festival by extending it an extra day for the campers, making it a 4-day long festival. To make it better for their “5th Anniversary New Moon Pre-Party on April 7th,” The Polish Ambassador is going to be headlining! If that doesn’t draw you in enough, check out their lineup below and see their spectacular choice of artists!

With so many different genres and talented artists it is hard to choose a select 5 artists to see, especially with these four impeccable headliners booked; Above & Beyond, Bassnectar, Dillon Francis, and STS9. So because of the vast range of talented artists we are going to exempt the headliners from this Chronic Electronic list of Top 5 Artists to see, even though I highly recommend that you see them, they are the headliners for a reason! Now there are many amazing artists that Euphoria booked. This list that I have made is compiled together from; personal experiences, their studio production, stories and videos of artist’s performances, and most importantly what I believe would fit the Euphoria vibe perfectly because of the message that the artist projects to the crowd! So let’s start the list off with one of the artists who made my jaw drop in excitement when I saw that he was booked.

One of the funkiest saxophone players alive GRiZ was booked and released on phase one. This announcement was one of the most talked about around the Euphoria Tribe (A Facebook group of dedicated Euphoria attendees, promoters, volunteers, and employees.) His music crosses the range of down-tempo and relaxed to bass heavy and high energy, while keeping it all groovy and funky with soothing sounds of his saxophone and intricate music production. He is one to always get the crowd extra energized and involved with his set by chanting, singing along, or just being goofy. If you haven’t yet seen him, more reason to go see his set. It is sure to blow people away with mass amounts of FUNK!  GRiZ plays special sets for special locations and keeps it fresh with every set that I have ever seen, so I know that what he has in store for Euphoria will be one of a kind.

The French tropical deep house artist Klingande is going to be bringing his live band to Euphoria and it is going to be MASSIVE! His production includes multiple instruments- violin, drums, saxophone, and trumpet. Seeing them all live together to create Klingande’s music will be breathtaking! He has been taking over the music scene in Europe and with select shows across the US, this performance at Carson Creek Ranch will be setting the perfect Euphoria vibe! His music is extremely uplifting and bright with magnificent high notes on horns that match perfectly with the electronic synths that he has created. This set will be full of energetic and happy beats, so if you are looking to dance to music that isn’t all “rage” music, check out one of the hottest names in Europe performing live with his band at Euphoria! (Click here to see a preview of what his live band can do!)

This spectacular artist, G Jones absolutely KILLED it last year at Euphoria and to see him booked again for this year… I KNOW that he will be bringing the heat.  Last year he was only officially booked for one set on Saturday.  On Sunday before RL Grime’s performance, he played a secret set during Big Gigantic. Let me tell you, he raised hell during both sets, his music is the perfect music to escape off to and get extremely weird. His heavy bass, unique samples, and spaced-out sounds are set up perfectly to make you flip your hood over your head and stomp your feet around. He produces a lot of songs every year and while he has many banging released songs, he has a plethora of unreleased songs that are just as heavy. When he plays live he throws together the perfect mix of his music, released and unreleased and other heavy bass beats that match well with his set. No G Jones performance that I have ever seen is the same and that is one of the reasons of why you can not miss him at Euphoria!

2. Nahko and the Medicine for the People

When I saw Euphoria announce Nahko and the Medicine for the People, my heart got incredibly warm with happiness and bliss. Nahko and the Medicine for the People is one of the most heart-felt bands that delivers some of the strongest messages out there. They promote health and respect for our mother earth. Nahko is absolutely superb at presenting societal and historical problems. Together this band puts their message out there that we as a whole need to “make changes, take action and spread awareness of how to live in harmony with Mother Gaia herself.” (Credit Nahko.com/mission.) It is because of their extreme talent and ideal message that I choose them as an artist to see! Their sets are always uplifting, emotional, and portray an immense amount of musical expertise.

Last but not least, the last pick of my top 5 artists to see at Euphoria, The Polish Ambassador. This goofy, loving, permaculture activist, and creative genius will be headlining exclusively for the campers on Thursday, kicking off Euphoria’s 5th anniversary exceptionally. He spreads a strong message, like Nahko and the Medicine for the People, to respect and love our mother earth. There are ways to live healthy both for yourself and for our environment. He promotes permaculture living which means “development of agricultural ecosystems intended to be sustainable and self-sufficient.”  His music is incredibly detailed with layers of unique samples that come together to make his music funky fresh, tribal, glitchy, and full of soul with select hip-hop songs throughout his EP’s and albums. I have always found TBA to be astonishing, groovy, and unique. Each set has been different than the last. In addition to all of these amazing traits, his Thursday New Moon pre-party headlining set will be extraordinary because of his album release that is set to come out April 15th, eight days after his performance at Carson Creek. Recently at Gem and Jam Festival where I saw his performance last, he had played one of his tracks off this album as a sneak peak, (which you can see here!) So I can say with almost 100% assurance that The Polish Ambassador will be playing unreleased music that not many, (If any) people have heard! With all of these reasons this is why I am proclaiming that if you are attending Euphoria, that you HAVE to see The Polish Ambassador!  With all of these reasons it is hard not to be intrigued by what his performance can hold at Euphoria! If you camp you will be able to truly experience the full festival experience – including this awesome show. If you can camp, I highly recommend it!