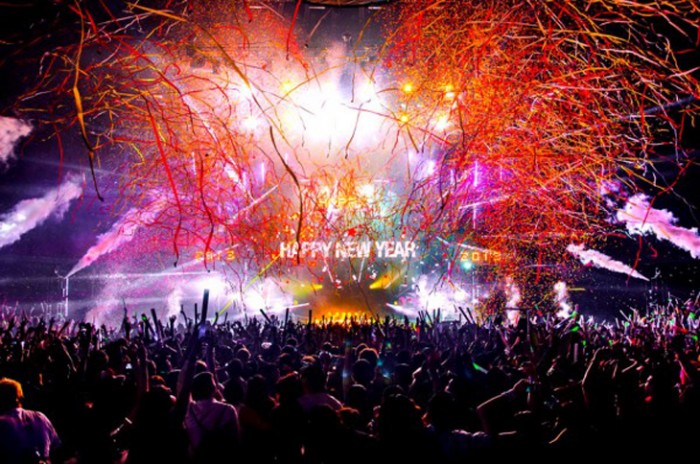 Decadence in Denver, Colorado holds the Largest New Year’s Dance Celebration in America, and with this being their 5th annual Decadence NYE it is one of the heaviest, fattest, and best line ups ever put up. They once had this amazing event as a one day extravaganza, but in 2013 they grew to a 2 day celebration. Since then they have had Bassnectar come on the first day along with heavy bass artists and world known house / trance artists. This year they have brought the heat with their best line up to date, and I have been attending Decadence since 2012 and I can firmly say, this year is going to take the crown. Now one thing about Decadence is, they have 2 main stages and one side stage (in-between the two main stages) and with their line up, their is ALWAYS conflicting artist set times. So before Decadence officially announces their artist schedule time slot’s I am going to create a list of 10 Must See Artists at this year’s Decadence. But because this is a two day event, I am doing 5 Must See Artists for Each Day.

Dabin – Coming from the Kannibalen Record Family, Dabin is a live artist that is from Toronto, Canada and he bends genres around his creativity with having futuristic dub samples that gives out the right feels to his music. He uses the Keyboards and a guitar during his live sets to add the perfect feels to his set. There is going to be a lot of chaos held at Decadence with go hard bass music so if you truly want to experience a set that delivers on the beautiful vibes, go see Dabin’s set, he will set the bar higher than what most expect.

Figure – Feeling any heavy grimestep? With heavy bass breaking genres of dubstep, Drum and Bass, and the occasional trap, Figure brings it hard every time. Why? Because he plays his own tracks and mixes into more of his music, occasionally he throws down related content, but generally he always throws down his tracks in the gnarliest way and that is what people love seeing Figure. If you have not seen him yet and love dubstep, this is a must see set, he will be one of the heaviest bass acts at Decadence this year, hands down.

The Floozies – Wanna “Do Your Thing”  and get funky at Decadence? The Floozies is an extremely dynamic funky duo who has collabed with well known producer, GRiZ and is always interesting live set. They are live with an utterly impressive drummer, and a mesmerizing keyboardist/ guitarist. They may be from Lawrence Kansas, but one of their homes is in Colorado, and every time I have seen them in Colorado they truly bring the funk and high energy to their sets. So to see them at Decadence is a must, for this set is going to be high energy, filled with new music, and of course the homey feel vibes that is so strong at Decadence during any funky electronic set.

Gramatik – Decadence has done it again by booking one of the hottest jamtronica artist’s in the scene today, Gramatik. He also treats Colorado as if it were his home state and so every set I have ever seen by this NY Based producer has been extraordinary with unique guitar rifts that lead to unexpected electronic jam drops that leave the crowd hype. He had played at Decadence last year with the infamous Griz to combine forces as the highly revered, Grizmatik. This year it is just him, raw style at Decadence, and it is because of that this is a must see set!

Bassnectar – Lastly, one of the headliners for the first night at Decadence, and his third year of returning to the City of Decadence, Bassnectar. His masterful skills has lead him to a headlining spot at the Bass Stage in Decadence, and my oh my what a perfect environment to see Bassnectar at. With LED’s covering parallel pillars that stretch from the stage to the very end of section for that stage. You are basically surrounded by crystal clear LED’s that are oh so coordinated with Bassnectar’s music, it is unlike anything else, and of course ontop of that it is Bassnectar. Any time he gets behind the table and plays live, it is always a set for the books, keeping it fresh every time, he has big plans instore for his set at Decadence. And to add even more reason to go see him live, he is officially going to announce his camping music festival that is going to be held in Colorado in replacement for Red Rocks. THIS IS A MUST SEE SET!

StéLouse – Colorado Local Producer, StéLouse is going to be a set to catch not only because of his super feeling futuristic tracks that are exploding in the scene, but because he may be the only artist you will see play on the 3rd stage worth while. He is going to be playing at the silent disco provided by edm.com and with his music being vibe felt, happy music, this is going to be a must see set for the NYE day of Decadence.

Black Tiger Sex Machine – The founders of Kannibalen Records, Montreal based electronic trio, Black Tiger Sex Machine is bringing their Church to the City of Decadence. They have taken the scene over immensely over the past couple years by having their live act bring new and unreleased music, and going over all kinds of genre, with one thing in common, HEAVY BASS. These Tigers know how to get the crowd hype more than any other artist I have ever seen, they are relentless, and they make sure that they leave an impression to everyone who witnesses their set. On top of that, they have been ranting about their upcoming performance at Decadence and how it is going to be unlike any other set ever! So if you want to rage in the city of Decadence, I highly recommend to go see Black Tiger Sex Machine, for me, they are my number one artist to see over the two days. They are going to give you a reason to go to Church again.

Odesza – One of the most anticipated sets at Decadence is Odesza, Colorado has a strong love for this artist, and to have them play on NYE, is going to be unlike any other set they have ever played. Odesza is the perfect music for wanting to get down, groove and dance, while at the same time it is the perfect laid back music, where you can chill, and converse with your friends and just enjoy the experience. This is a MUST SEE artist on NYE.

Excision – World known dubstep producer, Excision is going to be bringing the bass to the city of Decadence. This has been one of his biggest years yet with several releases, constant festival appearances and the debut of his new stage production. Excision has been making headlines all year with his rowdy performances and mesmerizing dubstep drops, and to have him play at Decadence and more than likely close out the festival, people are insanely ecstatic to get their faces ripped off by the dubstep king himself, Excision. A MUST SEE artist for bringing in the New Year.

Deadmau5 – Lastly, the must see artist who almost everyone who is attending Decadence will go see, Deadmau5. It has been since 2011 since Deadmau5 has played in Colorado, and that is too long for most of the folk around here. His insane build-ups and ultra perfect house drops are going to be the perfect addition to the City of Decadence. He keeps the crowd intact with his teases of tracks and samples, that leads into something entirely new, and with Deadmau5 working on new studio music, we are sure to hear his new music in the works, the classics, and the unreleased. This is a MUST SEE act in the City of Decadence!